Going off the grid for the week--See you on the other side
Posted by brad chowen at 7:22 AM No comments: 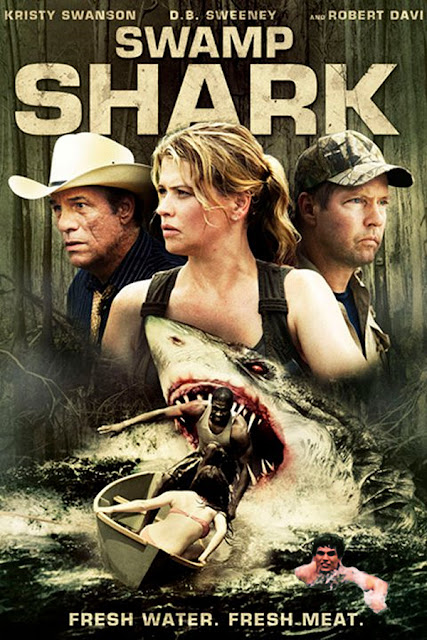 The poster has the most evil looking shark of all time... 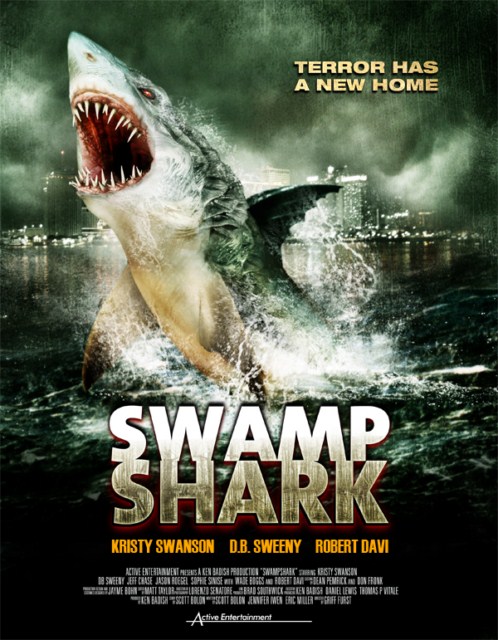 Swamp Shark is another SYFY Channel gem   (NOT)...
I've seen just about every Shark movie out there....Good ...Bad....Really bad...Terrible and So Bad that it is good.....This just falls right in boring middle of bad shark Movies.....Typical Shark movie plot----but this time lets have some Super Shark fall off a truck and into the Swamp......(What a twist!)   From there the rest of the movie is standard shark film....    A shark starts eating up all the tourists .. in Gatorland....or Gatorville or whatever hick Gator town it is supposed to take place in......The best part of the movie is  Kristy Swanson's Cleavage---other than that it is basically just the same old boring shark stuff.......Wait for it --here comes the infamous  Jaws Scenario....   Where they run to the sheriff pleading him to shut down whatever the local festival is and they are ignored....We can't close the festival..that would take all of the victims out of the water...  Robert Davi  (evil as usual)  and D.B . Sweeny also star in this dull shark flick
Posted by brad chowen at 7:31 PM No comments:

Geek Picture of the Day (Tron Poster from Electronica) 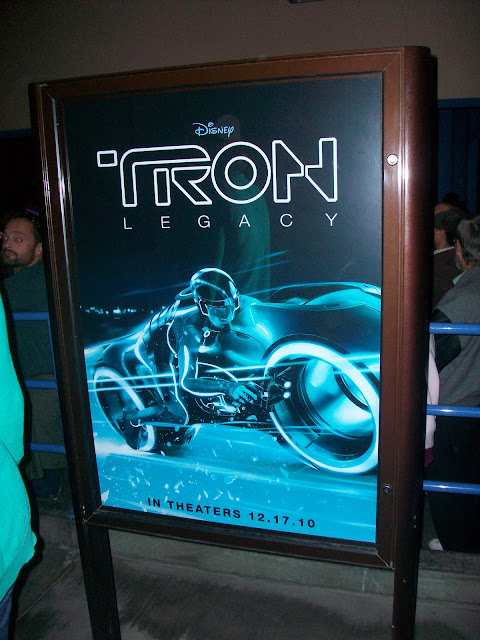 Posted by brad chowen at 3:56 PM No comments: 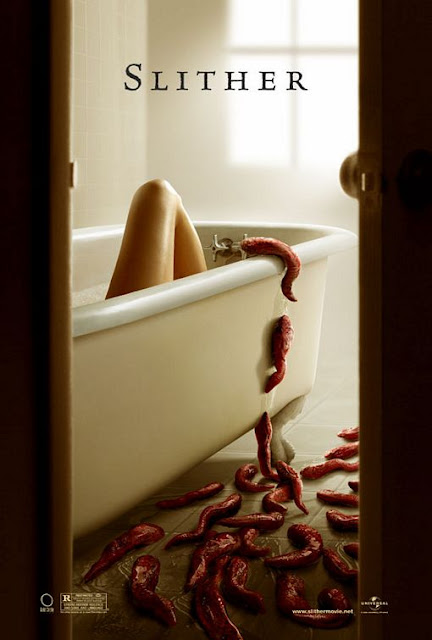 Slither  2006  6
Starring Nathan Fillion of Firefly fame –in this decent  Invasion of the Body Snatchers rip-off meets Zombie movie.  Michael Rooker was great as the man transforming via alien slug infestation  --he performance is vile  in a good way.   A mild diversion –nothing special.  Your typical small town cut off from the world ---alien invasion packed with some gross effects ...with some cheesy dialogue  for example...
Jack MacReady:  He's a goddamn Martian?
Bill Pardy: Martians is from Mars, Jack.
Jack MacReady: Or it's a general term meaning 'outer-space fucker'.
Bill Pardy: No it isn't!
Jack MacReady: Look it up, cocksucker!

Posted by brad chowen at 9:58 AM No comments:

Why do I find most Shark movies so f---ing hilarious????……Because they are all just JAWS wannabes
The  original Jaws is a classic....Everyone should already know by now that I pray at the temple of Spielberg....Raiders being my favorite movie ever.....    But ever single Shark movie since Jaws--(not so much).....So as Research into Shark Movie cliques and the use of the what I call the Jaws scenario --i filled my recent Netflix rentals with bad shark movies --2 of which I played in the background for the Beach party  --and which inspired to what some visitors not in the know the random Land Shark Attack I endured at the party.....

Aside  from most shark movies employing the Jaws Scenario  (or the lets figure out a way that the beach wouldn't be closed after there have already been several shark attacks)  there was actual quite a bit of other stuff to sink my teeth into...
1st up in the research was a recent flick  a little mini-series called

It uses one of the typical Shark Movie ploys  which is either pollution causes the sharks to go crazy or DNA Manipulation..
Hear is a sample line from Shark swarm
"It's Blood"" says one character
That can't be good" says the other
No shit!….Really ---no Really?
The ending of shark Swarm was delicious (for the sharks) 3 Shark Swarms heading towards the beach…
A ceremony on the pier "In a few moments your going to see something that will rival the Moscow circus."
……A Baptism- "Step forward now the cleansing begins" As he leads his flock to the slaughter
---and a surfing spot.. Good/bad stuff….
The film also mixed in evil developers and and fistfights...which suited its lead John Sneider of Dukes of Hazard fame..

That brings us to the dismal  Shark Attack 3  Megaladon 2002 3 out of 10
Cut to the standard Slow motion --"There is a shark in the water everyone out" scene
The sometimes live Shark footage mixed with a bad fake fin and horrible digital shark….attacks a boat knocking a tourist into the water chopping him to bits and then pulls in the person para- sailing behind the boat and gets her to..
Cut to the Jaws scenario scene.."These beaches bring in a lot of money we can't shut the beach down"
Later the fake paper machete shark breaks into the inside of the boat and is beat with a bat….Horrible effects.. The shark which sounds like a tiger is finally killed with a shot gun to the line "You Extinct Fucker"
Then the real huge shark shows up after its baby is killed a giant digital shark that eats an entire boat in one bite insane…..bad effects….

The Evil  Real Estate guy of course trying to escape

Then one of the worst lines in movie history……"I'm exhausted " "Yeah me too—but you know I'm really wired what do you say I take you home and eat your pussy" What someone actually wrote that…OMG what a horrible line….
Shark attack 3  Trailer

Jaws 4:The Revenge 1987 3 out of 10 ---Just watched this for the first time ever and now I remember why I never did the first time around ..Oh yeah --the shark Follows them to the Bahamas ---"Right" (he says with a voice like Dr. Evil…..) I don't think so….. horrible –Just plan sad in its conception…. You lost me at the shark follows the plane to the Bahamas..This is the movie that killed off the Jaws  Franchise

The ski acrobats being chased by the shark…

"Daddy , Daddy look at the fish" "Holy Shit"
The Famous --everyone out of the water scene 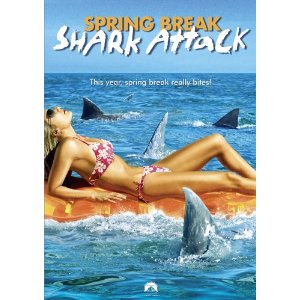 Masquerading as a Shark Movie ---with Brain Brown from FX  and Cocktail as an evil club owner chumming the water at a new artificial reef to scare people back down to his club....Yeah great plot....This movie was more a lesson about Spring Break Ugly Guido date rape......Made for Tv and starring Shannon Lucio--briefly on The OC...This flick made it clear ---Sharks will kill people --but you really half to watch out for shirtless  Guido's with ruffies.

Ok I'm running out of Chum ---I'll finish up with the 2 movies from the Party in a Part 3 ---Starting the Script Outline Blog - --Next week....
So stay tuned for the  2 most outrageous entries
Shark Attack 2  and  Hammerhead Shark Frenzy  (that one is a so bad it is good classic)