Never split up....We couldn't find our friends at the start of the Zombie Walk and they got turned into brain hungry zombies 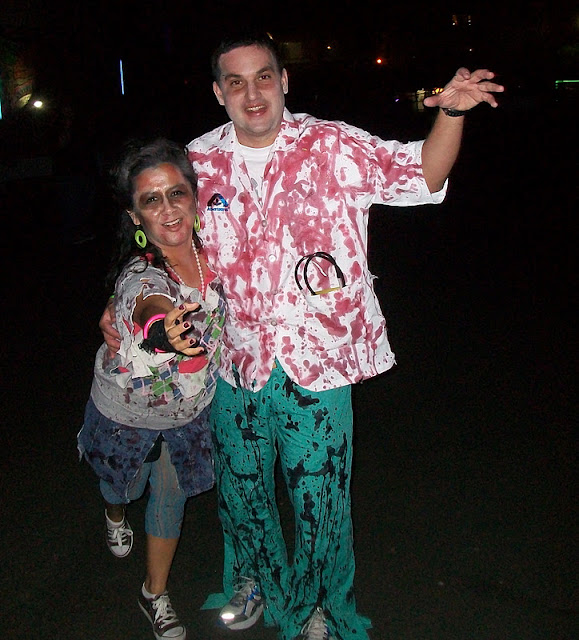 And wanted my brains 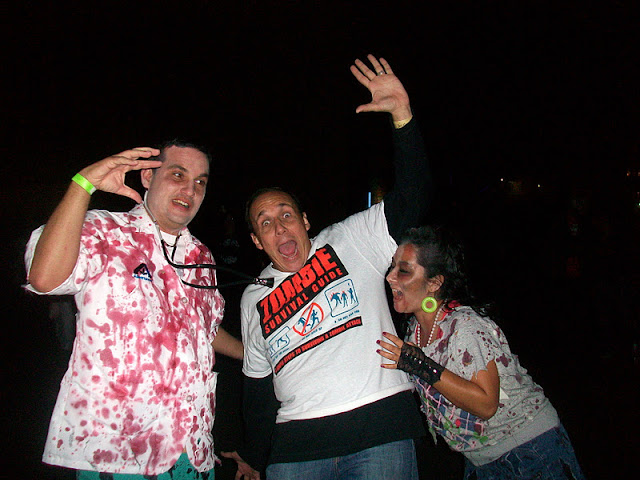 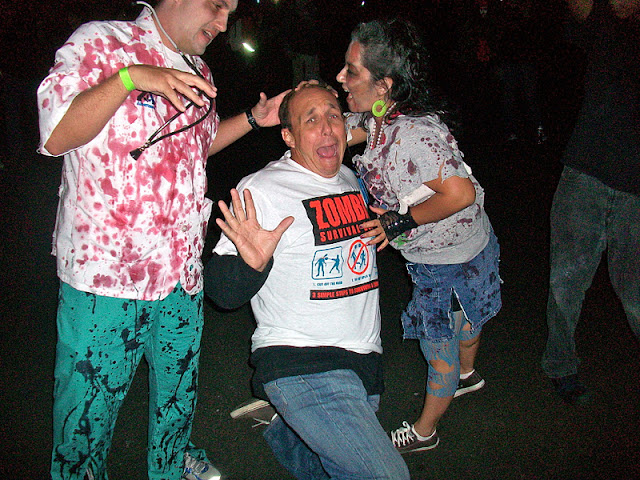 
concerts especially when it is former members of Oingo Boingo  (minus Elfman of course). 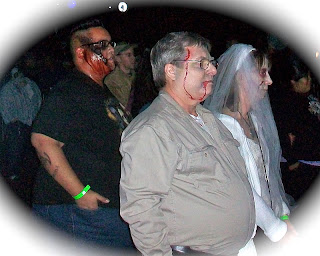 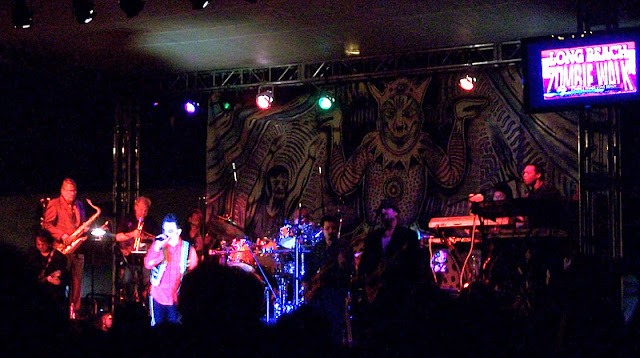 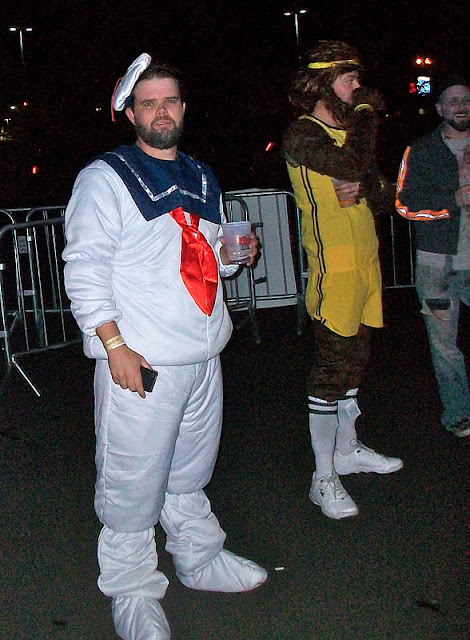 I didn't know Zombies were such big drinkers? 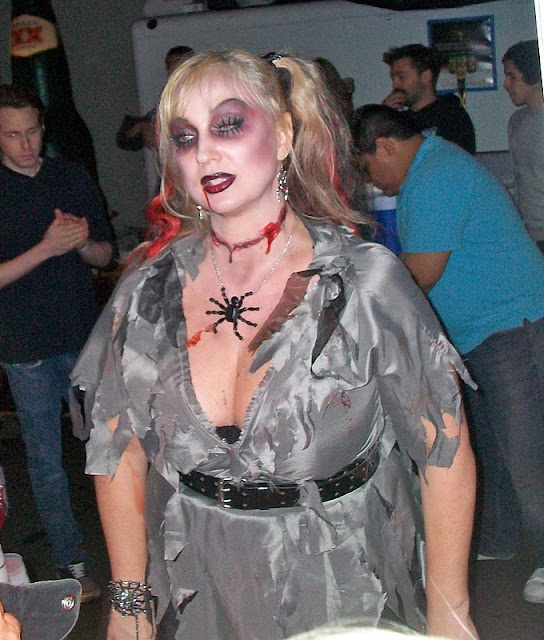 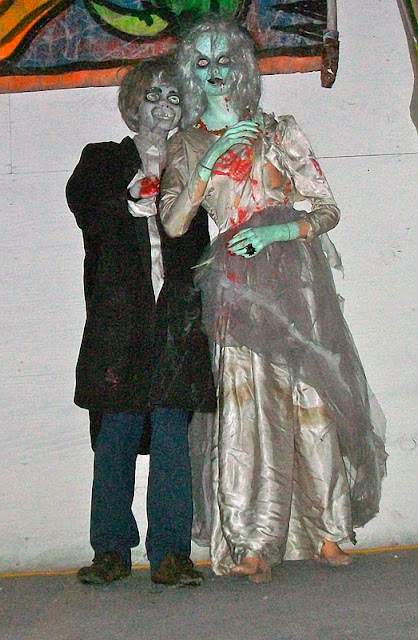 What a freak show! 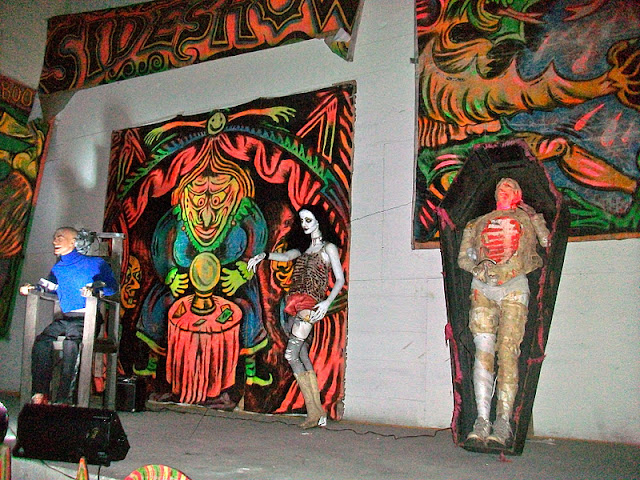 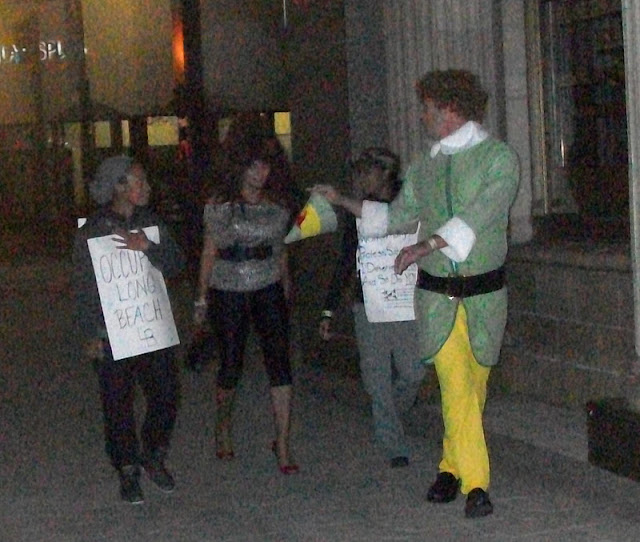 My Facebook Movie Page
http://www.facebook.com/pages/Brads-Super-Fantastic-Terrific-Page-of-Movies/178708865473822?ref=ts
Posted by brad chowen at 9:55 AM No comments: 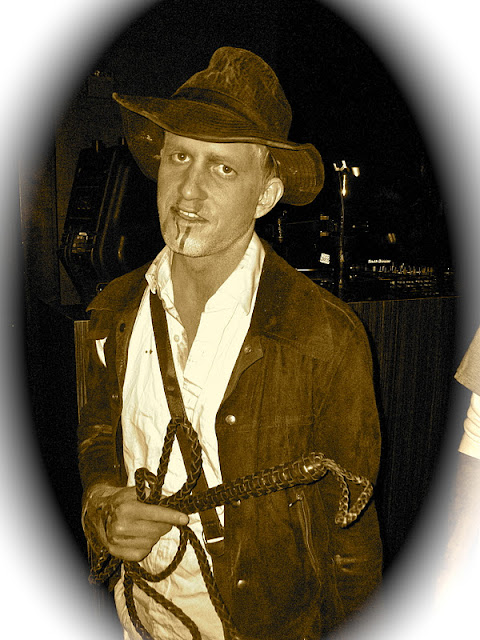 A few years ago a friend and me went to Venice beach to report on a Zombie hoard of about 70 Zombies....They were slow and hungry for flesh.....  Last night in Long Beach we went to check out a larger Zombie uprising to find that they are beginning to integrate with human society. The Modern  Zombie  smokes 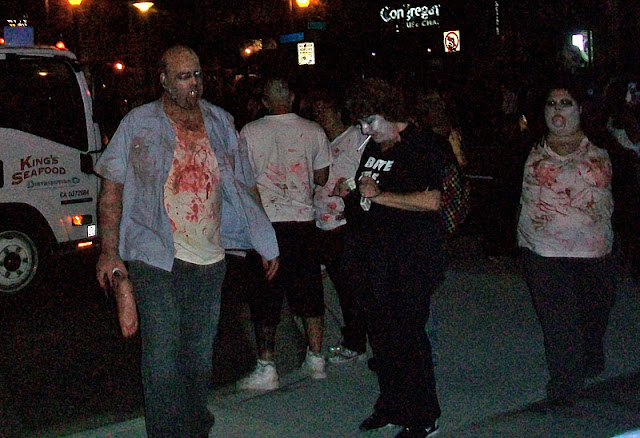 They go out to dinner which makes getting a reservation downtown even more difficult. 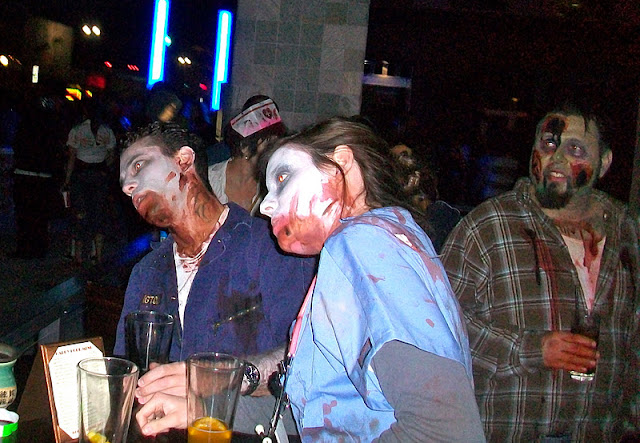 And we noticed the more zombies there are --the less organized their walks are...The don't shamble around as much as they used to  in fact they stop for photos and check for text messages. 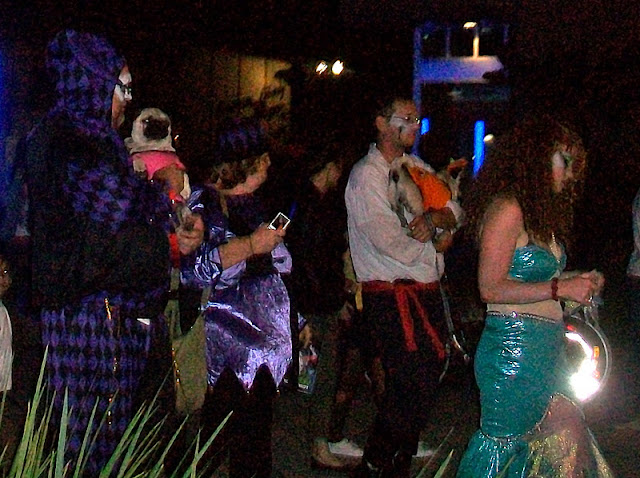 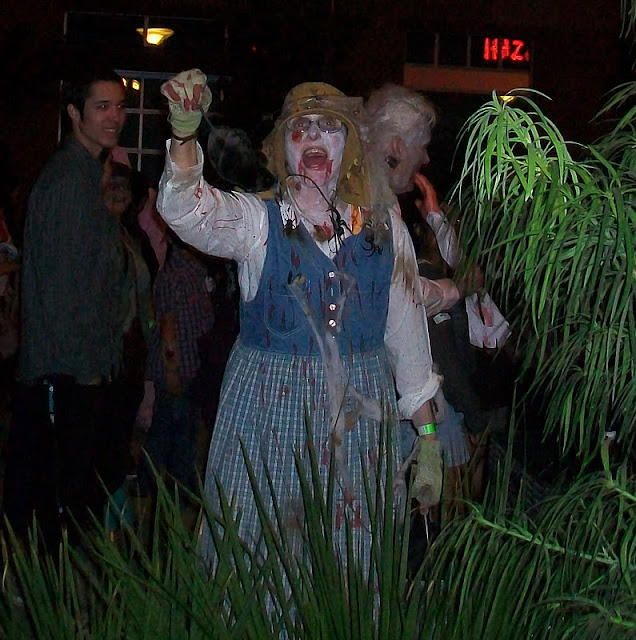 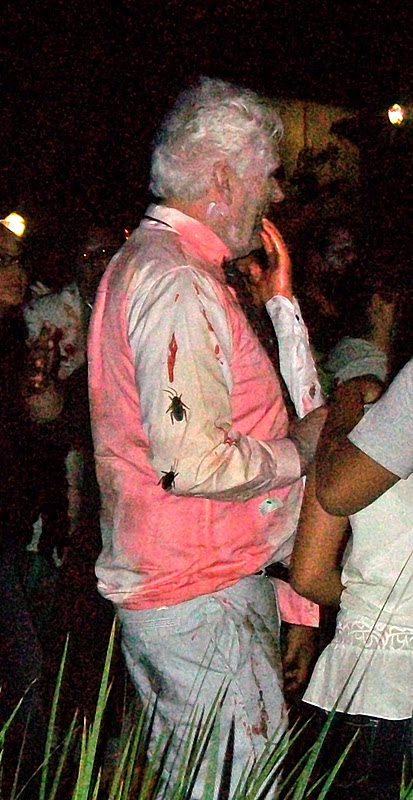 Zombies come in all shapes and sizes.....and from every profession 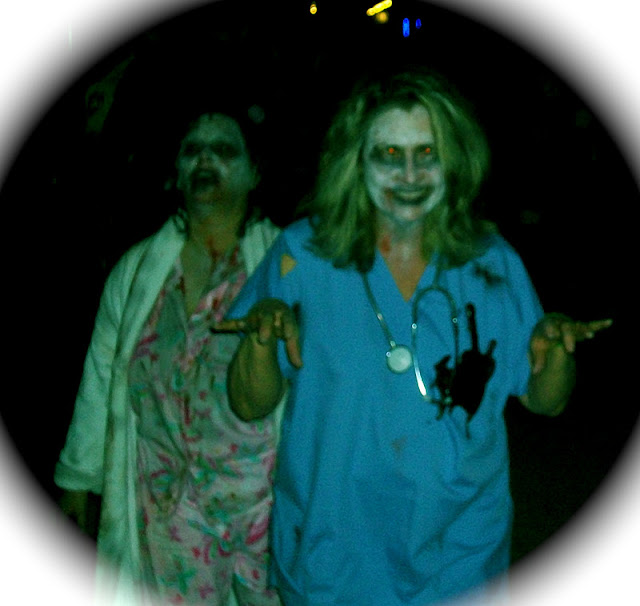 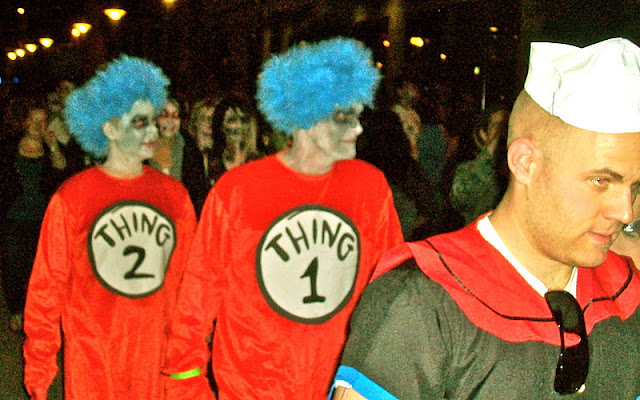 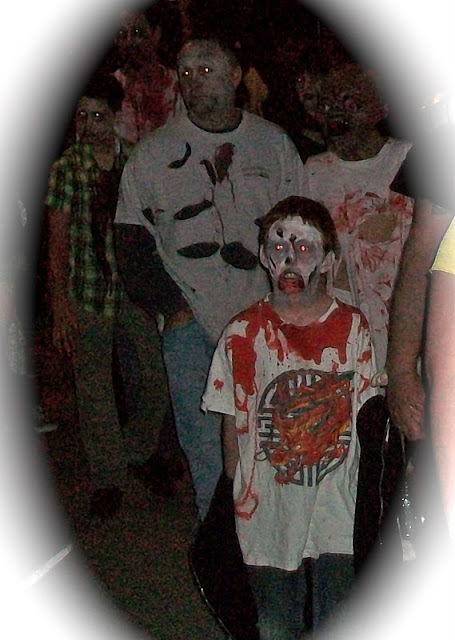 Even Aliens can become Zombies....."Maybe they will think twice about who they abduct" 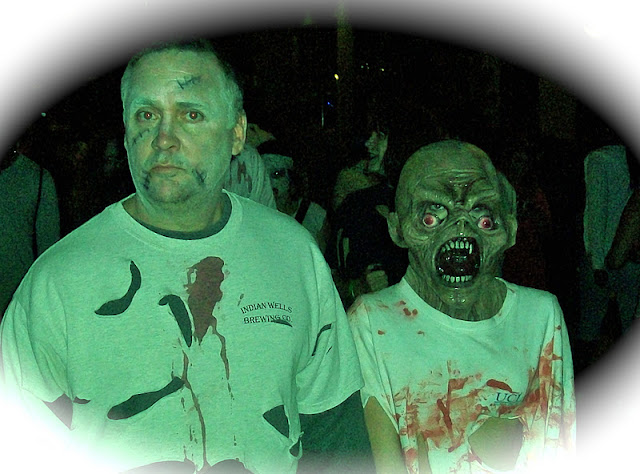 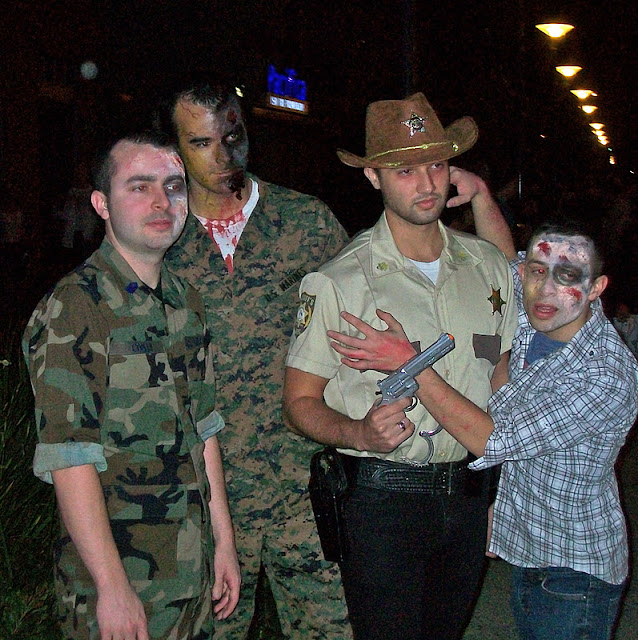 This guy was going Brains out 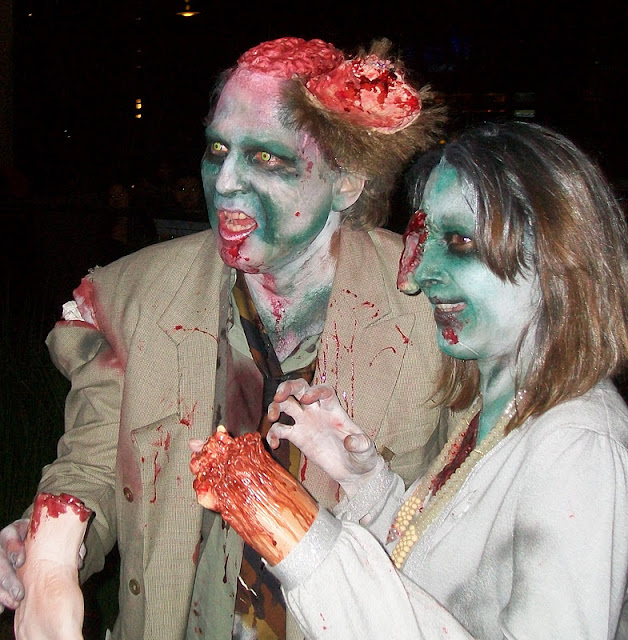 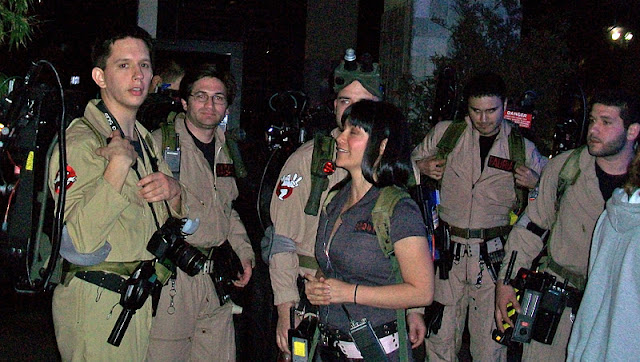 The Streets were blocked
The Stores were closed
Would they be coming any minute now?
Nobody knows….

To be perfectly honest the race itself was a joke.
Because running wasn’t exactly what zombies do best
They stagger and stumble
With arms away from their chest

The winner was always a zombie from the lead pack
The single minded sort that really wanted a snack.
One of the ones that stayed focused on the lead car
And kept up his pace could really go far.

The one thing I can say about the zombies
Even though they are slow
They have great endurance
No need for water…they just go go  ..go

26 Miles in sweltering heat
They stagger and stumble
On bare blistered feet
Aggghhhhh! They shout
Over and over and over again

7 Hours into  the race ----
And 2 zombies left in the lead
The finish lines  fast approaching
What could be more exciting ?   Indeed

The pace car just crossed the line
The 2 remaining zombies not far behind..
And there it is a photo finish
It looks like we have a tie!

Song of the day: Burn the Flames (Return of the Livind Dead)

What Costume to get for KimThis Aged  old dilemma sends  us out into the wacky fun world of the Halloween Store.....So with a camera in hand and a sense of Adventure---off we go.... on advice from a friend we headed to Lake Forrest to visit a Halloween Store.... Question  ---which is better a Superstore or a Mega store? Costume Castle in Lake Forest........Halloween Fun

This is the Stormtrooper outfit I'm looking for

Party City in Torrance
More Dog Humiliation
On to the sexy girl  costumes.....Halloween is the time of year when even the quite shy girls get to sex it up....I mean  every outfit says   Sexy Nurse or Hottie Devil...or some other suggestive name....If Robin Looked like this Batman would never leave the Batcave

You never see outfits for girls that say.....Bedragled  House wife......Or   But Her Face Waitress... Here are some more sexy choices

Quick break something in the house

Party City in Torrance
So many cute outfits   and Kim is still undecided......I like the Saloon girl

Okay  I know I bombarding you with sexy outfits----wear the outfits for the fellows.....Here you go

Great outfit for a single guy

and for People that want matching Gay Lion outfits

Kim was still undecided
Posted by brad chowen at 7:35 AM No comments: