The two sci-fi TV Series share a surprising number of elements. Nightflyers aired on Syfy channel in 2018 and Another Life on Netflix in 2019.  Both shows have these things in common.

1. A mission to meet an alien race that is baffling scientists
2. A holographic character played by a black actor.  (That is a strange coincidence)
3. A computer intelligence that may be causing issues with the mission
4.  A character that has to face dangerous radiation to complete a task.

Not knowing the back story of the series productions -- I would guess that Another Life is the one ripping off Nightflyers, since it pretty much ripped off every sci-fi story I've ever seen in its first season.  Below are some brief thoughts about both series. 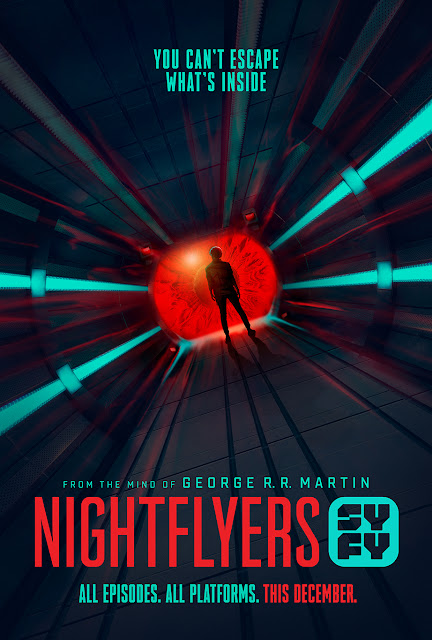 Nightflyers originally aired on the Syfy Channel.  It was based on a George R.R. Martin (Game of Thrones) novella.   Unfortunately, it was canceled after a short 10 episode run.   It was basically a sci-fi horror series.   It felt at times like American Horror Story in space.
The spacecraft the Nightflyer is on a mission to track down a mysterious alien craft.  The 10 episode run features a mysterious presence on the ship that is sabotaging the mission.  A person with super psychic powers and the mystery of the alien craft itself.  It explores some interesting horror in space tropes --but in some interesting ways that keep it fresh enough to be interesting.

The only problem with the show for me is that the premature ending since it didn't get a second season leaves too many interesting questions unanswered. The ending feels abrupt as a result.   Also, there was a weird storyline where one of the main characters basically goes insane and because they need him for something in the next episode it is almost treated as if he didn't do those things (which wasn't believable). 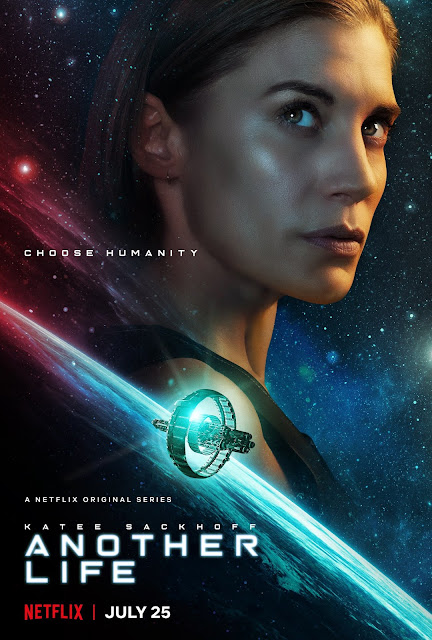 Another Life 2019
Here are the comments about this series that I posted on Facebook while watching it.  If it wasn't binge-able I wouldn't have finished the season.

Another Life 2019. A rip off of every sci-fi movie ever —- just less interesting. This show would have been canceled so quickly on network tv Warning SPOILERS in the comment section.       4 Episodes in. If this show was longer than 10 episodes and available to binge I would probably stop watching. I’ll give it about 2 more episodes.
6 episodes in this show officially sucks. It seems like the story on Earth which is a rip off of Arrival has been all but forgotten. The ship bound story has absolutely nothing new to offer and we are supposed to believe that one of the main crew was actually a kidnapper at one point that had kidnapped Starbuck’s character. Give me a break. This show has zero credibility with this random sidetrack storyline.     It doesn’t get any better. In fact, it only gets worse. What a pointless pile of crap.  I just saw that this crap show was renewed for a second season. No thanks

This time on the pod, we talk about A Christmas Story and it’s follow up Ollie Hopnoodle’s Haven of Bliss as well as Christmas Vacation and the controversial Christmas movie, Die Hard.    Things take an unexpected dark turn while discussing A Christmas Story that you will have to listen to in order to find out. 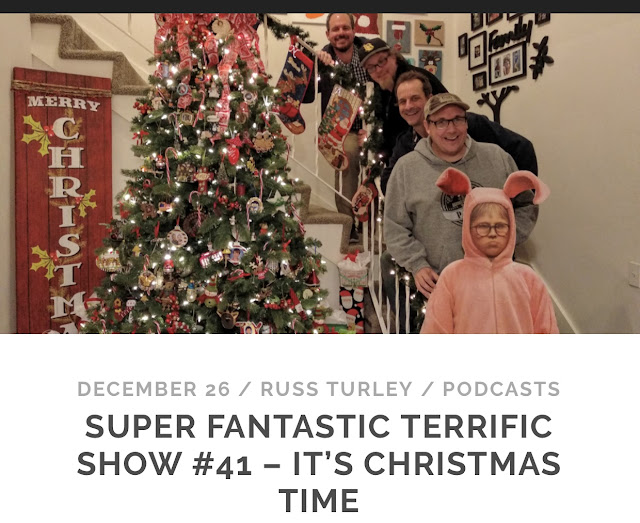 Posted by brad chowen at 3:18 PM No comments: