Is the X-Files Return a Good Thing? 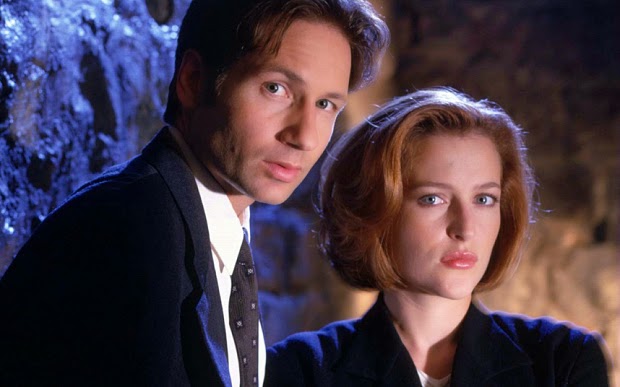 The X-Files is going to be returning to FOX for 6 Episodes.

David Duchovny and Gillian Anderson will be returning to their iconic roles.....but I ask is this a good thing?

When X-Files was in prime it was by far one the best shows on TV.  On any given week and episode of the X-Files was likely to be better than any horror movie or thriller in the theaters.  The show which focused on Mulder's search for the truth and willingness to believe in anything being possible was the heart of the show.  Gillian's character Scully was counterpoint to Mulder and the voice of reason.   The show was excellent whether it was a stand alone mystery or the convoluted mythology of the show that kept us tuning in each week in hopes of finding out what really happened to Mudler's sister or if the Smoking Man was Mulder's real dad.   Unfortunately the show stayed on the air far too long and even tried to keep going after David Duchovny left, which was a huge mistake.  Trying to carry on without Mulder was a terrible idea and it became apparent the mysterious Mythology that we tuned into each week had no end game and was just all tease and not payoff.  The finale episode the brought back Mulder was weak at best.

When they announced it was coming back this week --I was at first excited.....but then started thinking.   It was going to be just 6 stand alone episodes and Chris Carter who ran the show into the ground would be at the helm again.....Hmmm?  When they made a second X-Files movie without digging into the shows mythology it was kind of a let down.  It wasn't even worthy of a 2 episode story arc back in the shows prime.   So can it actually be good again all these years later????  I'm not sure.  I know I will tune in to see what happens ---but I'm not as optimistic as I would have been say 10 years ago.

Posted by brad chowen at 7:13 PM No comments:

The Sequels that Never Were, But we wish they had made: Top 5 countdown #1 Who Framed Roger Rabbit

Coming in at Number 1 on my list of the Sequels that never were list, but we wish they had made. 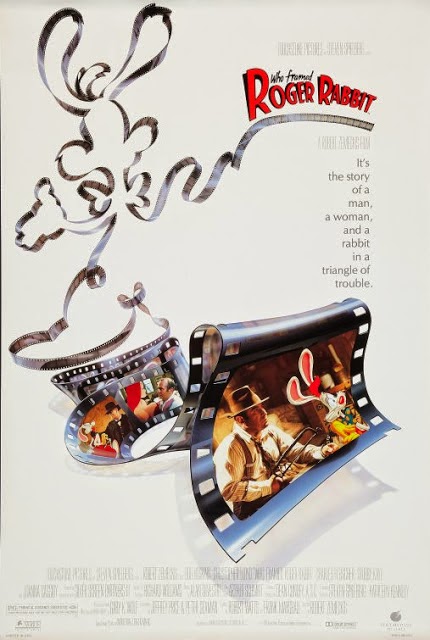 Who Framed Roger Rabbit needs a sequel.  It kills me that this movie never got a sequel, because it hands down my number 1 choice of movies that should have, but never did.   This movie was a true classic and the only reason it never got a sequel is due to legal and rights issues that are too complex to figure out.    A sequel was talked about numerous times and it is the first question that Robert Zemeckis is asked whenever he is promoting a movie.   It was animation meets film noir detective story.  It included classic cartoon characters from Disney, Warners and many other studios.   I would love to a sequel of this classic and it happened to be Russ's top pick as well.   Rather than go on and on about this film and why it needs a sequel ---instead check out a blog I did awhile back on my Disney page about a screening of the film I went to last year.

Here is a blog I did awhile back about a special screening I went to at Disneyland
http://braddisneylandblog.blogspot.com/2013/06/roger-rabbit-25th-anniversary-
screening.html

Here is our recent podcast where we discuss wanting a sequel to this and many other films.      Find out what else made my list as well as what made my co-hosts lists in a fun discussion.

Posted by brad chowen at 6:19 PM No comments:

Thoughts on The Last Man on Earth: TV Show 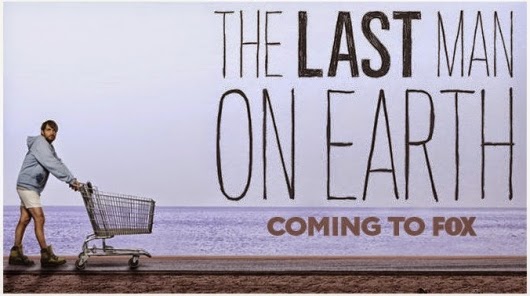 Bill Hader stars as The Last Man on Earth.   This is a very original show that displays the talents of this ex SNL cast member.  It is weird and quirky and a little risky.   After seeing the trailer for this show I immediately thought.  " How and the hell are they going to make a TV show out of this?"   The premiere episode and its follow up aired back to back and I thought it was really unique and interesting show.  Still I wonder how will they be able to make a weekly show out of this concept?   It seems like it would be great as a fun independent film - but a series???   If it does succeed it will be because of the talents of Bill Hader and Kristen Schaal of Flight of the Conchords fame.

The story follows Phil Miller as the title Last Man on Earth who spends the first 2 years roaming the USA in search of another person and then descends into a drunken stupor in a mansion that he trashes like a crazy hobo.  He has no running water so - decides to poop in the pool and spends his days reading dirty magazines and drinking out of his margarita pool.  He is so lonely that he has begun talking to soccer balls with faces on them like Tom Hanks in  Castaway until he finally decides to end his lonely life.   This all happens in the first episode.  Right as he is about to kill himself he meets a female and it isn't exactly what he was hoping for.   I found these 2 episode entertaining and yet --I still can't see how they could sustain story lines with the limited potential of only having to characters.

Check it out and let us know what you think....Maybe we will discuss it on our next Podcast.

Watching the silly things Bill Hader's character does also makes me think of the question..... How would I spend my time if I was the Last Man on Earth?

The Sequels that Never Were, But we wish they had made: Top 5 countdown #2 Tron Legacy

Coming in at Number 2 on my list of the Sequels that never were list, but we wish they had made. 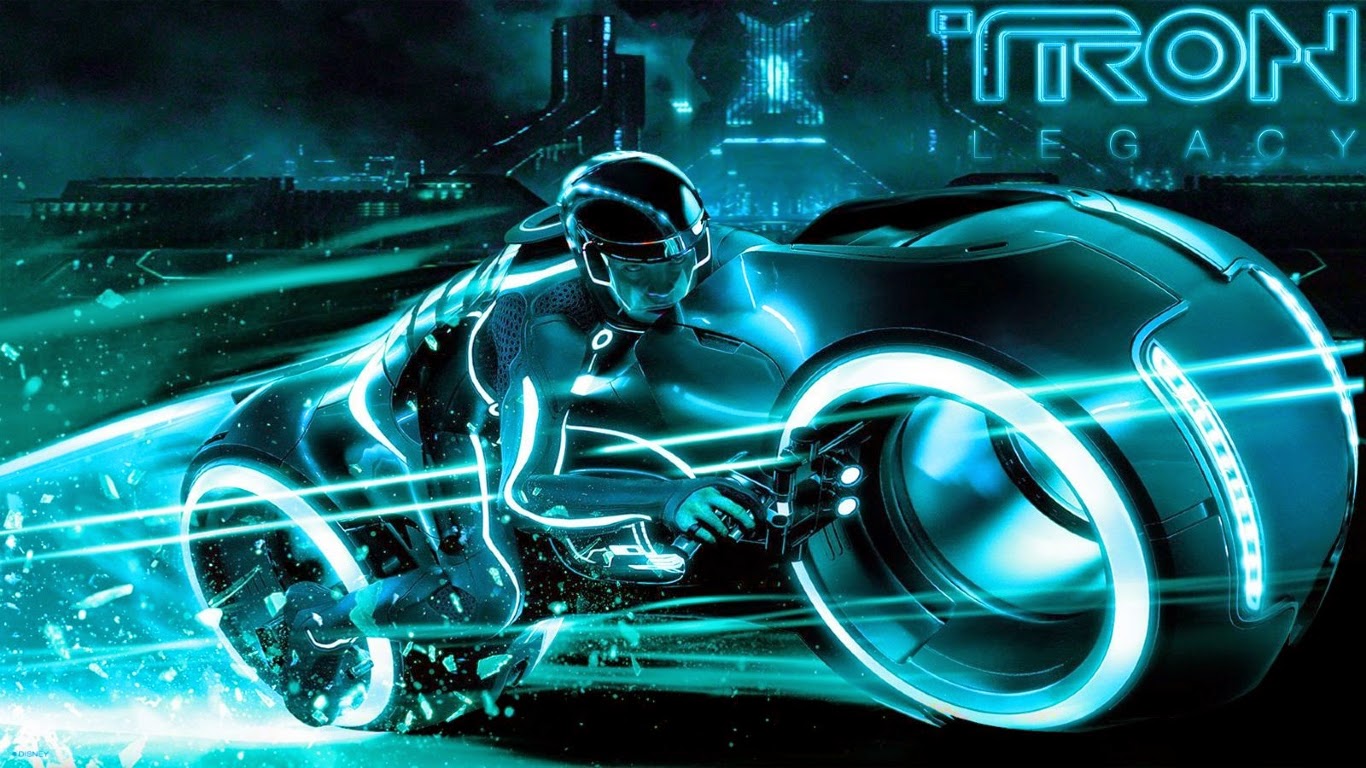 It took almost 30 years for them to make a sequel to Tron.  If Tron Legacy hadn't already happened ...Tron would be the number one movie on my list.   Tron Legacy was the sequel  --that we never got to Tron for 30 years and wanted.  It didn't remake or reboot Tron -- instead it did an awesome job of building on the original film.  It brought back 2 of the main characters and did an excellent job of passing the torch to a younger generation at the same time.   The music and visuals were amazing and set us up for more fun in the Grid. Additional Tron movies were supposedly in the works and then Disney bought Marvel and Star Wars.   So now a sequel to Tron may never happen, not because it wasn't good or wanted  -but because Disney has these other sure fire properties and doesn't need to risk money on a Tron Sequel  --when Star Wars and Avengers movies will each gross a billion dollars.    So a sequel to the Tron sequel that took us 30 years to get --would now be my number 2 most desired Sequel that will probably never happen.

Here is our recent podcast where we discuss wanting a sequel to this and many other films.      Find out what else made my list as well as what made my co-hosts lists in a fun discussion.

Posted by brad chowen at 9:47 PM No comments: