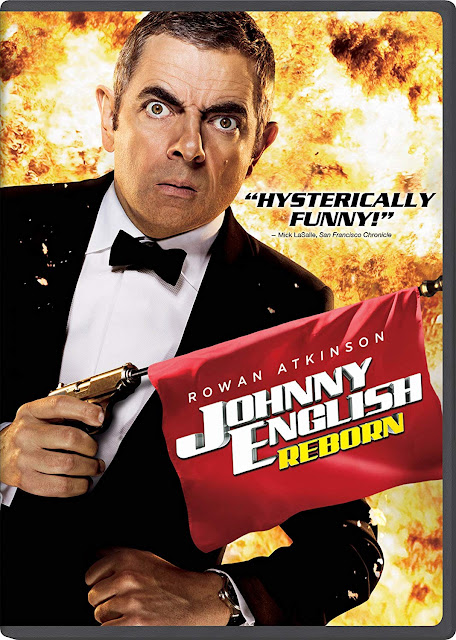 I'll start off by saying that I think Rowan Atkinson is a comic genius.   Mr. Bean,  Black Adder,   and The Thin Blue Line are all classic British TV comedies.   His store clerk in Love Actually is absolutely the best scene in a great movie.    That being said the Johnny English films to date have just been okay.

The character of Johnny English is basically a spy version of Inspector Clouseau.   He is like the English version of Maxwell Smart.   While I think Rowan Atkinson does a good job as the over confident yet blumbling character -- the film is just lacking something that could make it a better film.  It has to be somewhere in the writing and tone of the films.  Everyone around Johnny English is in a serious spy film where his buffonish character stands out in contrast.   The Get Smart  movie was similiar to a certain degree --but somehow pulled it off better.

The movie has some funny moments and was enjoyable at times --but isn't memorable.   The Austin Powers films stand out to me as the best in the spy spoof genre.  The tone of the those movies is consistent and most of the characters are just as absurb as Powers himself  (Especially Dr. Evil).   I think maybe the Johnny English films could have benefited from having the character in a world more suited for him.  The serious spy film universe that the character bumbles around in just doesn't provide the consistent laughs that the Austion Powers world achieves.

A third Johnny English film is currently in the works for release this year.


The fact that hateful people have basically chased her off social media is disgusting.  It is sad because everything I’ve seen with her in interviews she seems like an incredibly upbeat nice person 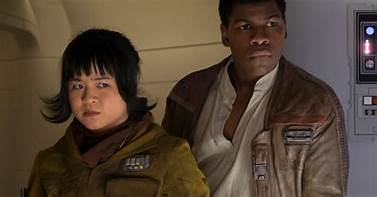 BUT why do some people think that they have the right to personally attack an actor on that person’s social media page.   If you don’t like Kelly Marie Tran’s character in The Last Jedi that is your opinion, but why on Earth do you feel the need to go on her page and attack her because of it.   People like this are cowards hiding behind the safety of their keyboards.

I personally thought the Finn and Rose storyline was the weakest part of the Last Jedi.  Not because of their race or gender, but because the Canto Bite segment of the film didn’t effect the plot.
Poe’s story also felt was unnecessary to me.  I felt like they had to give those character something to do in a movie since they had bigger parts in the first film.  The interesting story in the Last Jedi was the one that involved Luke, Rey and Kylo.     But never in a million years would it even cross my mind to go on an actor’s page and personally attack them.   What is wrong with people nowadays?    Online threats and personally attacks of this nature that she was dealing with should not be tolerated.

A sad thing that is happening in our society.  It is no longer just the trolls living in their mom’s basements tweeting hate like the gargoyles that chased Kelly Marie Tran off the internet.   Another thing that bothers me is that people are selective with their outrage.   Robert De Niro going on an Awards show on TV and saying F… Trump or Samantha Bee calling his daughter the C… word on a TV show are just as unacceptable ad the basement trolls posting hate on Kelly Marie Tran’s page. 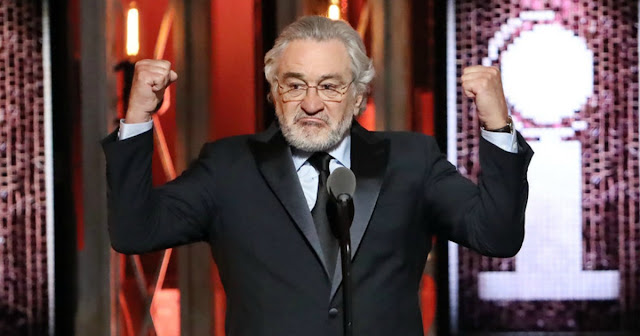 De Niro's immature hate filled act was applauded by the actors in the audience.    The same actor’s that would be upset about what happened to Kelly Marie Tran applaud this kind of behavior.   What if some actor of singer that hadn’t liked Obama had done that at an awards show?  What if someone had said that about Obama’s daughter? 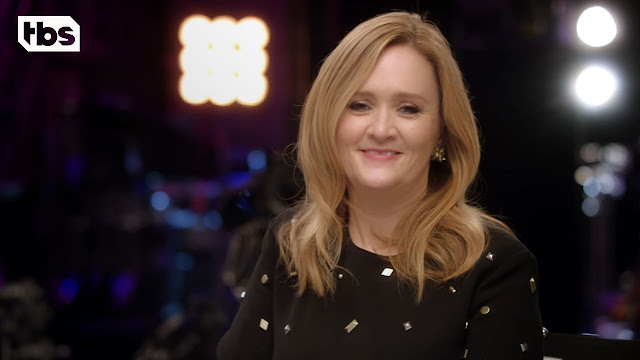 If we are okay with our celebrities acting this way and applaud them for acting in such a vile way in public,  how can we expect some troll hiding behind a keyboard to act civil.

This view or the views of Brad and do not respresent the views of all the members of the Super Fantastic Terrific Page.

Posted by brad chowen at 5:48 AM No comments: