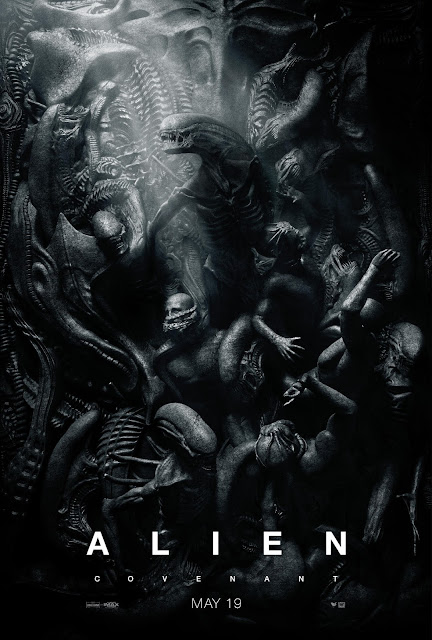 Alien Covenant is the sequel to Prometheus and as such a prequel to Alien. The story picks up about 10 years after the events of Prometheus and follows a colony ship that is headed for a distant planet being woken up early after some ship damage and receiving a message from a nearby planet capable of supporting life. They decide to investigate, which turns out to be a bad idea as the planet is where David (the android) and Elizabeth from Prometheus have crash landed.  The crew encounters some Alien spores that infect several crew and turn into Aliens quicker than anything in the original film.   Their landing ship is destroyed and they are about to be annihilated until they are saved by David.

David has apparently been overcome by a serious god complex since we last saw him as a severed head in the first film.
The film makes the same mistake as Alien 3 and kills off the main character from Prometheus before the film even begins .  Apparently there was some deleted scenes that dealt with this that we don't get to see.   Instead we get a flashback to David arriving on the Engineers planet and unleashing some destructive disease that wipes them out.   Since then he has apparently has been experimenting with the Alien DNA.  Trying to make a better creature.   It is a decent Alien film as far as the battle with the creatures, but it is just too much rehashing of already covered material.   The ground crew gets destroyed while battling the creatures and the main ship swoops in to try and rescue them.  We get some scenes that rethread the same battles at the end of Aliens as they try to escape the planet.

To make things confusing David and an android that looks just like him from the Covenant  named Walter end up battling the climax of this battle is not shown.   (Surprise) at the end David replaces Walter as a couple of crew that haven't been killed off escape.  This not so surprising twist happens at the end of the film just as the two remaining crew members go back into hibernation.   And then David coughs up and places a couple of Alien eggs into a

I really liked Prometheus-- but this sequel just continues to take the Franchise off in a weird direction.  This film makes the connection to the original Alien more convoluted.  If David is the one that creates the Aliens from the original film,  why are they found on an Engineer Spaceship with a Space Jockey Pilot?   I also don't like that the new films have basically wiped out the Alien Vs Predator films since they don't fit in with the new Timeline.  They kill the Alien Vs Predator shared universe concept which is a shame.  Sure the Aliens vs Predator films never lived up to their potential, but they were better than Alien 3 (One of the only movies I've ever walked out of a theater during).   Alien and Aliens still stand out as the gold standard of the franchise.  This film is pretty much a forgetable entire to the franchise.

Here is a Timeline Video that tries to explain the Alien Timeline from IGN.

Posted by brad chowen at 7:51 AM No comments:

Here are my 6 Most Anticipated Movie of 2018 in order of release. 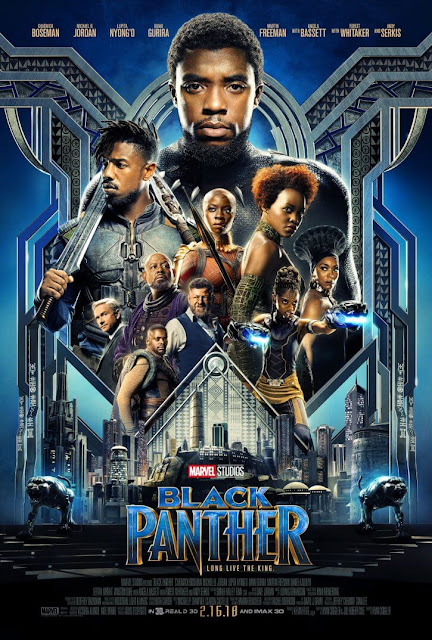 Other than Indiana Jones and Star Wars –I’m not a big comic book reader.   Before the Guardians of the Galaxy movie I had no idea who Rocket Raccoon and Groot even were.   So a movie based on a comic book character named Black Pantherwouldn't  move the must-see movie meter for me.  That was before the MCU movie universe.   I thought Captain America was cheesy and Ant-Man??  why would I want to see a movie about an Ant-Man?    Marvel/Disney has changed all of that.   Although I wasn’t super invested in Black Panther in Civil War the trailer looks kick ass and I will go and see anything the MCU releases into the theaters until they make a bad movie, Guardians 2 and Thor 3 were two of my favorite films from 2017.  I’m sure Black Panther is going to be a blast. 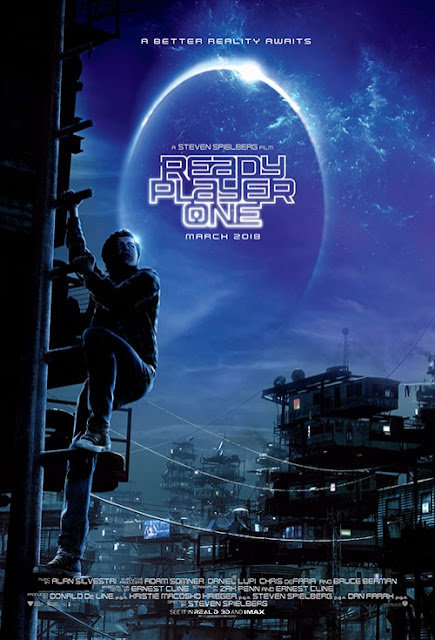 Ready Player One.    I’m aware of the book -but haven’t read it.   The descriptions of the book have me intrigued and Steven Spielberg is directing a sci-fi adventure with 80’s references  (most of which he is responsible for).   To quote Spongebob  “I’m Ready”

The Avengers: Infinity War  May 4th 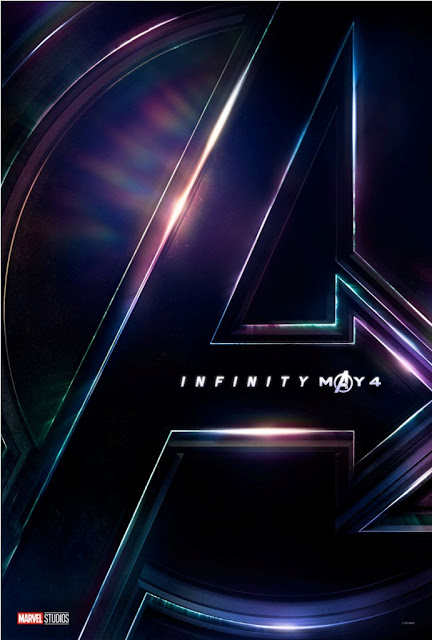 I can’t imagine Infinity War not being out of this world amazing.  The trailer is beyond cool.  This movie had me at a bearded Captain America needing a shield.   I predict that I will see this movie more than once in the theaters.  Definitely a Must-See film for 2018 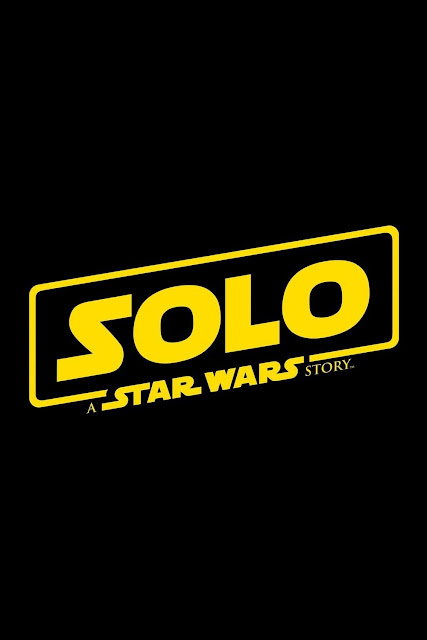 Solo a Star Wars story.     Two words for why this is a must-see film:   Star Wars.   You thought I was going to say Han Solo didn’t you. 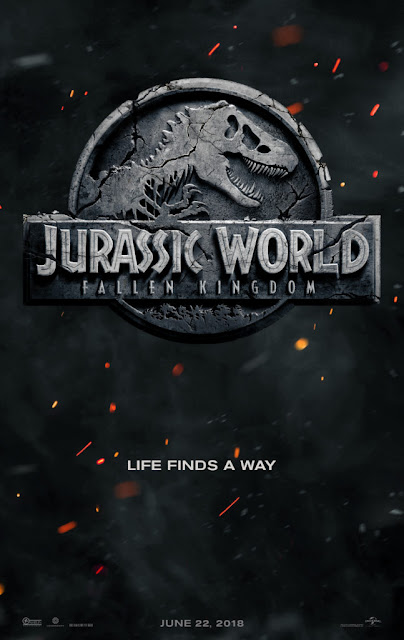 Jurassic World 2:    Jurassic World had a silly plot that sometimes seemed like they came up with some cool fun scenes and then tried to make a story connecting the scenes after the fact.   That being said it was a blast and took us to the theme park we dreamt of when Jurassic Park first came out.   Sign me up for number 2

Ant-Man and The Wasp July 6th 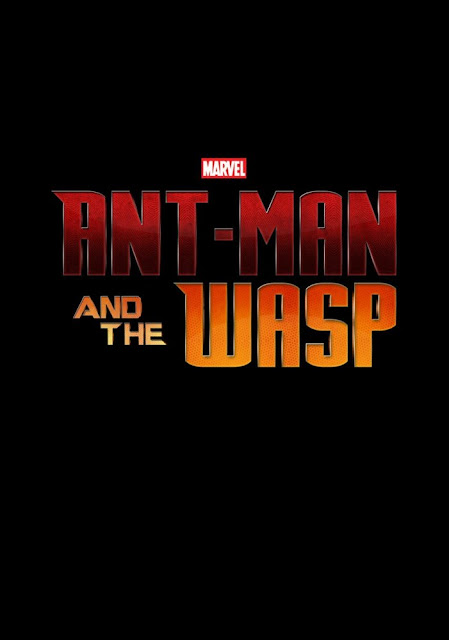 Ant-Man and The Wasp:    I mentioned in my comments about Black Panther that I didn’t know I would ever want to see a movie about an Ant-Man.   Well now I can’t wait for a sequel about him.

Posted by brad chowen at 3:54 PM No comments:

One of the big questions from The Force Awakens was who are Rey’s parents? (Spoiler Alert)

Spoiler Alert!!!!!  You have been warned. 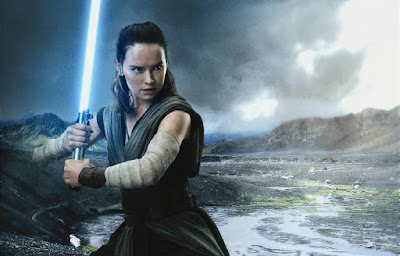 Are we really supposed to believe Kylo Ren about who Rey’s parents are?

The answer to this question in The Last Jedi didn’t sit right with me.    What about Rey’s Vision from the Force Awakens?
If she isn’t anybody special and her parents were just junkers that sold her for drinking money, then why did her visions appear to insinuate that she was at the Jedi temple and that Kylo didn’t kill her.   That vision was then immediately followed by her being left on Jakku.  It feels to me like they original planned for her parents to be someone and either changed their minds because they didn’t really have all three films mapped out yet or that Kylo is lying.    Unless the former is true I still believe Kylo couldn’t bring himself to kill her at the Jedi Temple –Wiped her mind and dropped her on Jakku.    Your Thoughts?

For Additional Last Jedi Thoughts check out my Disney page

Posted by brad chowen at 4:06 PM No comments: