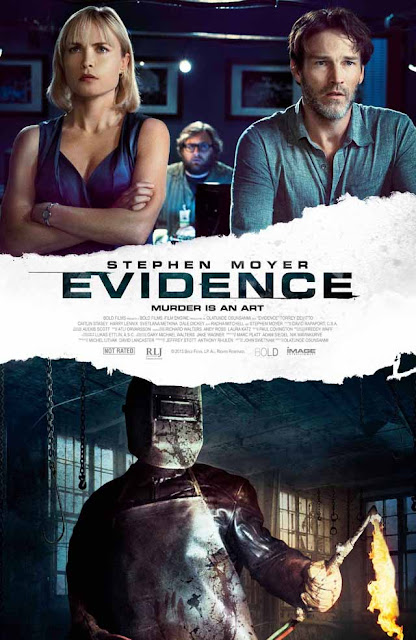 Evidence was a twist on the lost footage genre.  It follows some cops trying to piece together some killing from on some video footage left behind by several of the victims.  The video footage was shot by a filmmaker that was making a video documentary on her friend while the killings occurred.  The movie has a bunch of twists and red herrings which makes it nearly impossible to piece together exactly what is happening.  Even though the plot is really far fetched---I give the filmmakers some credit for trying a different approach to the genre.

The story follows a group of three friends that are going on a bus trip to Vegas for a video shoot or something ----It doesn’t really matter why –because they never make it to Vegas.  Instead they get butchered in some random abandoned town on a dirt road after their bus breaks down.   Of course in the real world the people would probably stop filming –but of course the movie would be over if they did so you need to accept this unlikely premise to buy in.   There were so many false leads that after awhile I just gave up on trying to figure it out ---because like the twist of the movie that baffled the cops ---the audience is lead down a certain path as well.  I can’t decide whether this was super clever or manipulative on the part of the film makers.    If you are a fan of the lost footage genre I’d say check this one out ---just for the added element of the story of the cops piecing through the Evidence.


And our  Facebook Movie Page is Here.
https://www.facebook.com/The-Super-Fantastic-Terrific-Page-of-Movies-TV-and-Entertainment-178708865473822/?ref=bookmarks
Posted by brad chowen at 9:43 AM No comments:

Mortal Instruments: City of Bones 2013 8 out of 10 and Shadownhunter TV Show 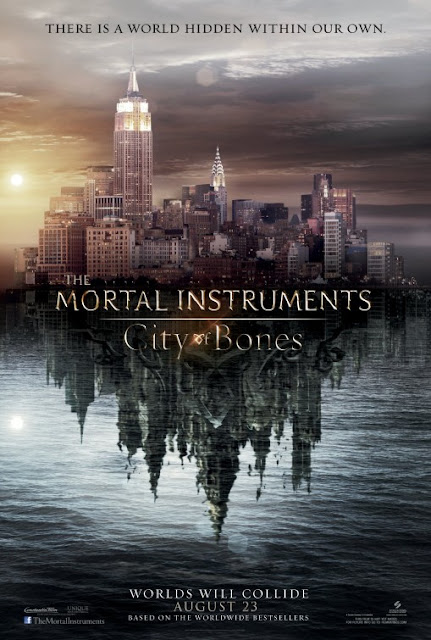 The movie didn’t make a lot of money at the box office –but has found new life on the small screen which starts this week with the TV show Shadowhunters.     It was weird watching the movie and the TV show premiere within the same week.   It was like watching the same movie with different actors.   Obviously the movie had much bigger scale –with bigger special effects and more exciting action sequences,  but the movie and the TV show are very much in line with each other.  The TV show covers about the first half of the movie and will probably take a lot longer to get to where the finale of the movie does –just by the nature of being a TV show.


The movie used many elements from the original Star Wars –  SPOILER  (If you thought Luke and Leia kissing was disturbing—this movie goes more into the Marty Mcfly and his mom territory.)
It also has a lot of similarities to Buffy the Vampire Slayer.  Instead of one Slayer you basically get a large group of demon hunters.    It sets up to be an interesting TV show and probably works better as a TV show than it would as a movie series.    The movie was a fun action packed adventure –again following in the footsteps of the heroes journey where a seemingly ordinary girl –is opened up to a larger world and in thrust into a large adventure.

I thought the movie was really good—and would rank it along films like Percy Jackson and I am Number 4.    The TV show I will have to see more of to know whether it is good or not.   I’m just glad to see that another interesting book series was able to so quickly find new life in a format that probably better suits in on TV.  I wish they would have done the same thing with the I am Number 4 book series. 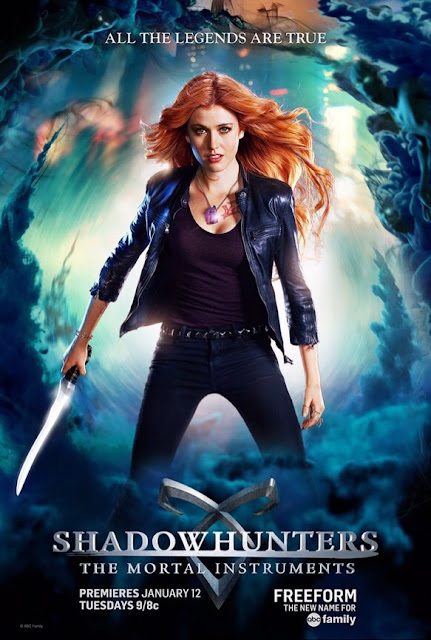 Posted by brad chowen at 7:08 AM No comments: 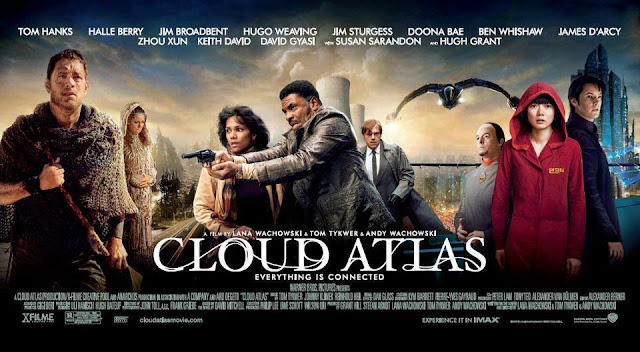 I get what Cloud Atlas was trying to accomplish, but for me it failed miserably.  A bunch of  different stories with a connected theme that take place over numerous decades and time periods from the past and future.  The description sounds like an interesting concept and with Tom Hanks and Halle Berry it has a quality cast.

Unfortunately the film was maybe too ambitious in its concept and ends up in my opinion a bloated mess.  I believe the failure of the movie is in the editing.  The stories don't flow nicely together at all and some stories are completely dull and flat taking away from the more interesting pieces.  Even the stories that seem interesting --you are pulled away from and by the time the film returns to them I found myself no longer interested in what happened to the characters.   Unlike a conventional movie that follows a characters journey from beginning to end so that you really care about the characters by films end,  this films editing style made me completely disinterested in all the characters fates.  Love Actually is one of the best examples of a movie telling many stories that all climax around the same time at the end.  Every story in that movie is interesting and it is edited extremely well.  This movie just jumps for one story to the next in such a disconnected way that you start to lose interest in even the most interesting story lines.

The two best story lines in my opinion were the futuristic Japanese style (not to subtle unnecessarily foreshadowed by another storyline) Soylent Green storyline.  This storyline could have been an entire movie.  Instead it gets buried in with a bunch of dull stories about a composer struggling for recognition as he basically writes for an established composer and gets no credit. Another completely random  story about journalist in the 1970's trying to do an expose is just boring.   Instead of trying to weave all of this different stories the director should have either run fully with the sci-fi storyline or even the wacky old folks breaking away from the old folks home.  I would probably give this movie a better rating if it hadn't been so over bloated and tediously long.   The could story lines got lost in a bunch of filler and when you look down at your watch about an hour and a half in and say to yourself  "UGHHH there is still another 40 minutes of this?"   that is never a good thing.

Posted by brad chowen at 8:53 AM No comments:

The Super, Fantastic, Terrific Podcast #13 In this Podcast we discuss The Entity and what other movies make our Scariest Movie list 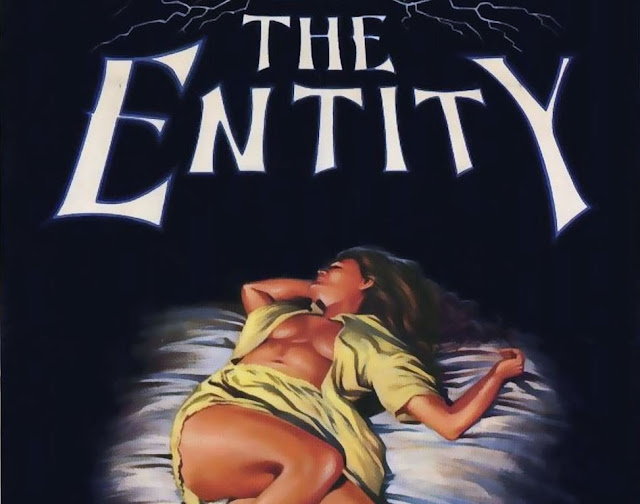 In our latest podcast.... (That was recorded a couple of months ago after Halloween---but that was delayed due to technical issues)   We discuss the film The Entity as well as what movies really scare us.   Have a listen and see if you agree or disagree?  Tell us what movies scare you.    There are a couple of odd choices and some stories of working at Blockbuster back in the day. 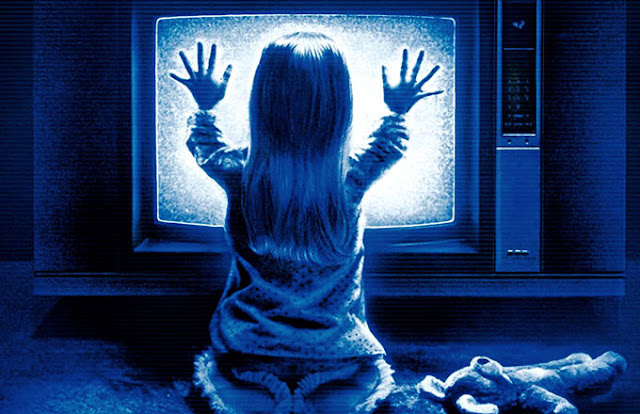 Posted by brad chowen at 7:16 PM No comments:

The Super, Fantastic, Terrific Podcast #12 In this Podcast we discuss Bad Movie Endings 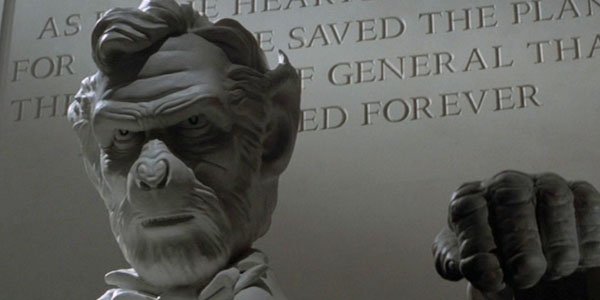 Our Latest Podcast is now online:   We discuss bad movie ending and their are some "Controversial picks" ......  The format was really loose in this discussion.... We each had our on interpretations of the theme and It makes for an interesting listen.

Find out what things bothered us and see if you agree?
And leave us comments about which movies we forgot 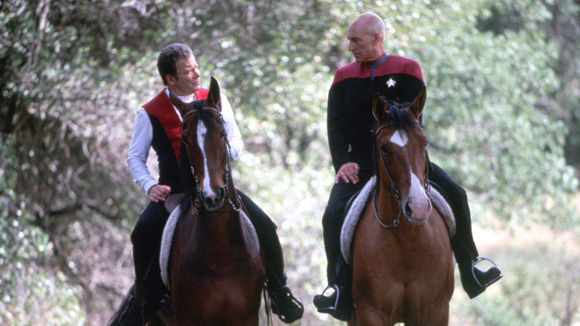 Posted by brad chowen at 7:05 PM No comments: