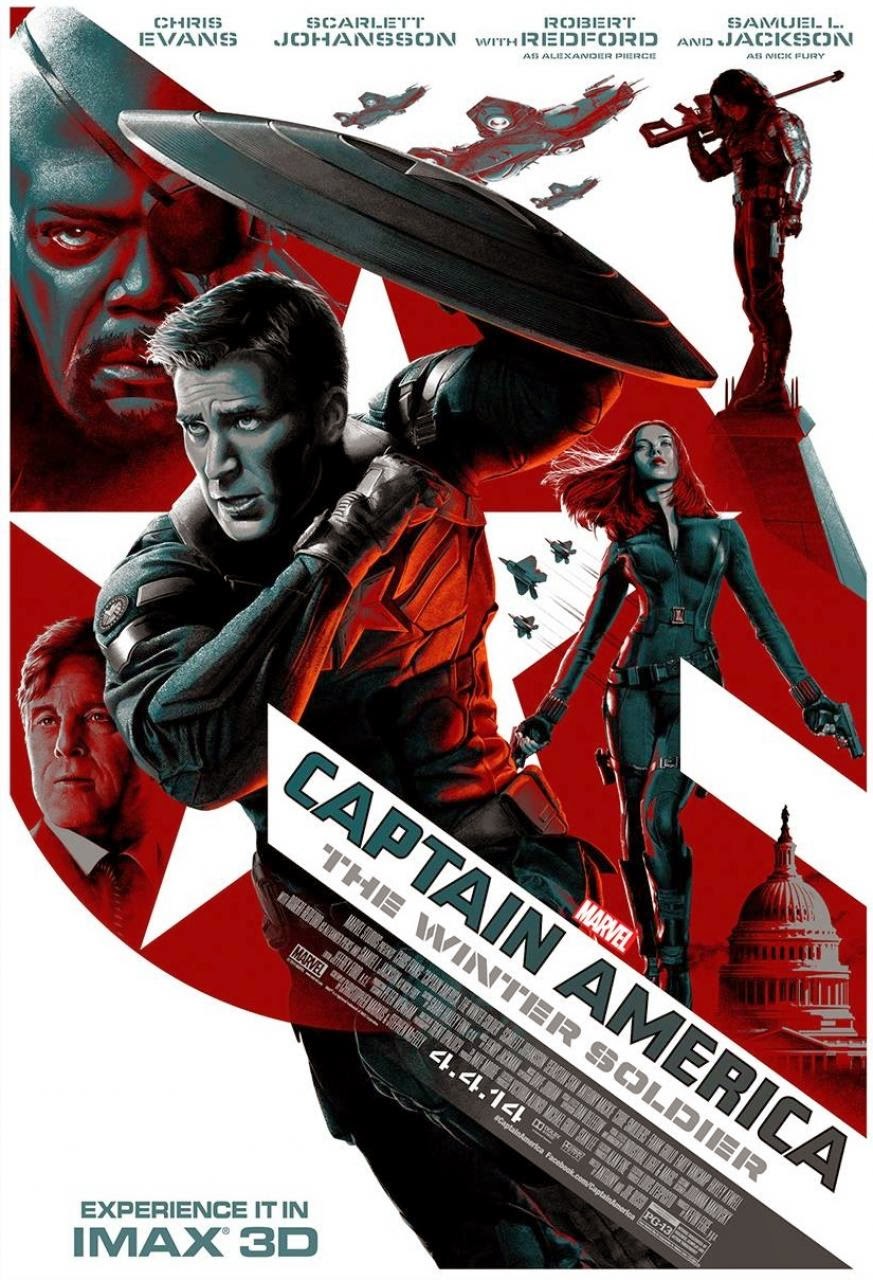 I thought the first Captain America was pretty good....but it was nowhere near how good this sequel was.   I always thought Captain America was kind of a cheesy comic book character.  They was a really bad Captain America movie made back in the early 1990's that made me think of him as a really goofy character.   I really wasn't into the Red Skull as a villain because it reminded me too much of that cheesy 1990's movie.   Well Comic book movies and Captain America have both come a long way.  Post Avengers this Captain America is actually kind of kick ass and this movie is excellent and almost on the same level as the Avengers.   Marvel Studios and Disney have created a great dynamic universe that is a joy to watch.  The intermingling  of all the characters in this universe and directly with the now  excellent Agents of Shield TV show that is directly effected by what happened in this film is exciting.  I've never been a big comic book fan --but what Marvel/Disney are doing is truly epic.

Rundown
1.   Great Story:
Captain America: The Winter Solider had an excellent political thriller plot line that was both action packed and interesting.

2. Great Action sequences:
A great car chase with the bad guys trying to kill Nick Fury and a kick ass battle at the end were among the great sequences in this film

3.  Great Special Effects:
The Hovering aircraft carriers at the end were epic

4.  Great Cast :
The cast that in addition to Chris Evans as Captain America included  Sam Jackson, Scarlett Johansson and Robert Redford was top notch and the addition of  the new character the Falcon was also great.

The only thing that probably kept it from being a 10 out of 10 is that once you assembled the Avengers ---it is hard to see an individual film of this magnitude and not wonder why those other heroes aren't involved in such an important plot....  I was surprised at how much I like Captain America: The Winter Solider-----it may be early in the year --but this could be the best movie of 2014

Posted by brad chowen at 3:06 PM No comments: 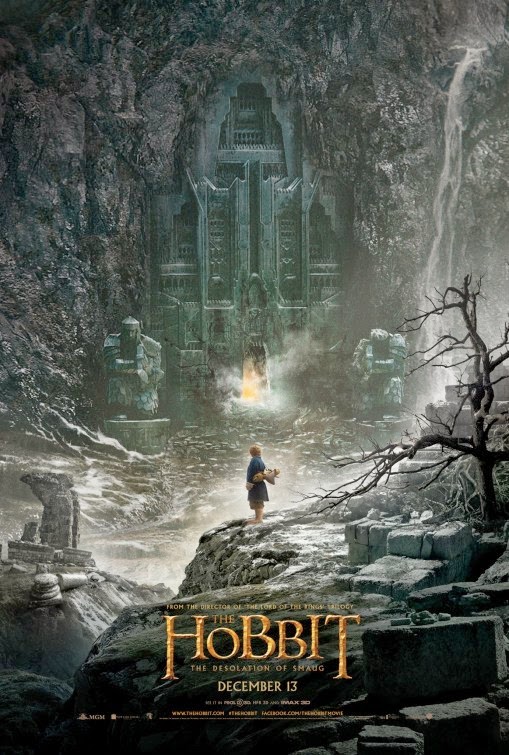 I loved the Lord of the Rings trilogy and so I was sure I was going to enjoy the Hobbit as well (which I did).  My only concerns were the nature of this more child friendly book and the fact that they were splitting it into 3 movies.  The film suffers slightly from both factors. The Hobbit films are a notch below the level of the Lord of the Rings movies in my opinion, yet still a lot of fun.  The first Hobbit movie (although excellent) was definitely more of kids film than the Ring trilogy while the 2nd installment seemed to settle into a more adult tone once it got going.  I watched the Hobbit part 1 and 2 back to back over last weekend, so I pretty much spent the entire day in middle earth.

The story of the 2nd film finds Biblo and the dwarfs making their way closer to the Lonely Mountains in hopes of winning their home back from Smaug the Dragon.  Along the way they encounter many hurdles such as Orcs,  Giant spiders and a forest that makes them hallucinate.   One of my favorite scenes was the dwarfs  escaping the home of the forest elves in a thrilling barrel river rapids sequence.   The scene was Temple of Doom mine cart chase over the top and  looked like the funniest theme park water ride ever.  And then they face Smaug the dragon which was a visually stunning sequence and probably the best part of the movie.  The movie abruptly ends with the dragon leaving the mountain to destroy the town below--so we have to wait a year to see part 3.  Despite its falling short of the Ring trilogy the film is still an exciting adventure and worth a 9 out of 10

Posted by brad chowen at 2:21 PM No comments: 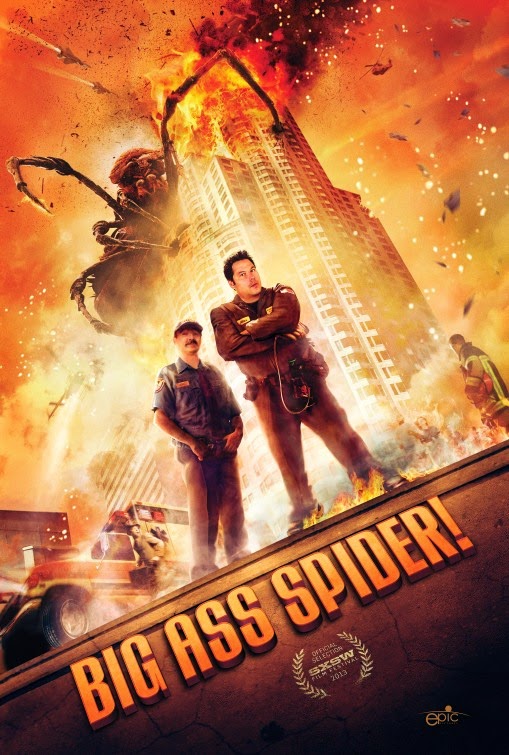 
Definitely the best opening sequence for a Big Ass Spider movie ever.  This movie knew exactly what it was and took full advantage of that.   It was cheesy and over the top and that worked well for this giant mutant creature feature.  Starring Greg Grunberg (from Heroes) as cocky exterminator that gets involved with a giant mutant spider that has escaped from the government.  The spider keeps killing people in interesting ways like spraying acid on a hospital patients face and melting it Raider of the Lost Ark style.   As the spider kills it keeps growing until it is near King Kong size and about to lay its eggs.

The movie has some funny dialogue and at times feels like an episode of Reno 911 if it had a giant mutant spider in it.  The security guard that tags along with him as the giant spider crushed and skewers people with its legs is great cheese ball comedy.   Like I said this movie knew what it was and embraced it and was very enjoyable as a result.  If you want a funny entertaining creature feature---give this movie a chance while we wait for Sharknado 2 to fall from the skies this summer.

Posted by brad chowen at 1:54 PM No comments: 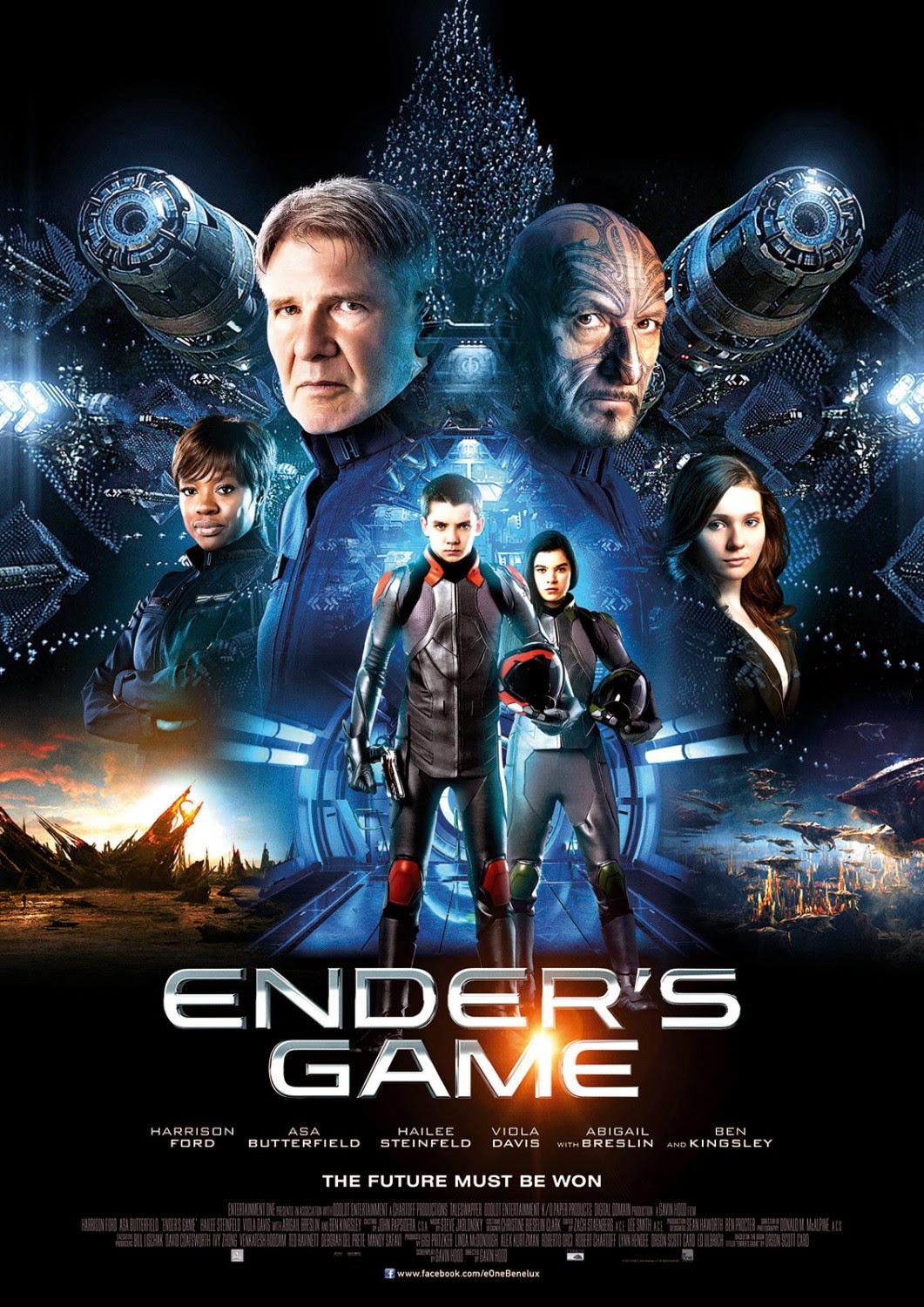 
Harrison Ford in a Sci-fi movie......I'm in...   Of course this movie which is based on a classic Sci-fi book called Ender's Game is more about the kids than Harrison.   Think of it as Harry Potter meets Starship Troopers (with a little more Troopers)  .   The story follows a brilliant young boy named Ender as he makes his way through battle school.   Earth was attacked by an alien species called the Formics awhile back and has been preparing to battle them if they return.  Although the movie features young children and has a laser tag in space feel to the training sequences, it somehow at the same time feels more adult.   I liked the concepts and the story of this film and if I find the time would like to read the book version.  It was one of the better sci-fi movies of the year and a lot better than Obilivion (which came out earlier in the year).  The movie had a very satisifying ending as well.

Posted by brad chowen at 1:40 PM No comments: 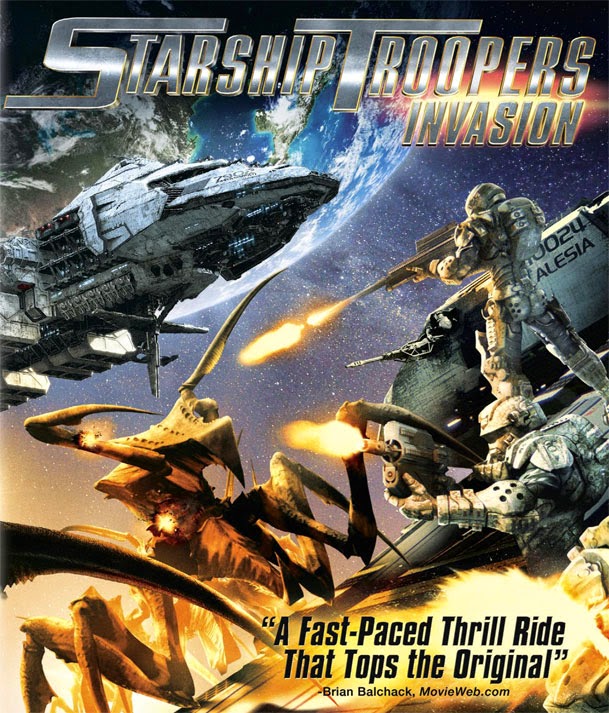 I recently set up my Roku so that I could watch the final Season of Clone Wars on Netflix (which I marathoned in one weekend).
After which I checked through to see what else was available for streaming.  I stumbled across this Starship Troopers animated R rated movie called Starship Troopers Invasion.  Yes you heard that right Animated and R Rated.  I loved the original Starship Troopers film in all of its bloody cheesy glory.  I also enjoyed the old Roughnecks  animated series which was early to the CGI animated game.    So I was all in for this animated movie, which had to be better than the direct to DVD sequels to Starship Troopers that didn’t do the original film justice.   At the beginning of the film I felt like I was watching a really good video game….that happened to have animated nudity……Once I got into the films plot I quickly forgot about the animation and just got into the story.   If you liked the original Starship Troopers I would definitely recommend this film.  I know many people that love franchises won’t watch animated versions (people that think animation is for kids)   Well those people couldn’t be more wrong.   Shows like Tron Uprising, The Clone Wars and this Starship Troopers animated movie prove that animation can be a great way to continue telling great stories in this amazing cinematic universes at a much lower cost.   The was action packed with a good solid story that put me right back into the Starship Troopers universe.   I would love to see another animated Starship Troopers movie or a big budget sequel.

Posted by brad chowen at 8:49 AM No comments: 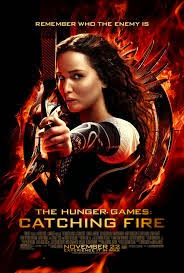 
A Minority Report: (I wish I was watching that movie instead of this one)....What I mean is an opinion from the minority.
The Hunger Games: Catching Fire was a major disappointment for me.

Catching Fire meandered  across the screen like a slug slowly making its way to a different section of the garden (Turbo the snail it wasn’t) .   My first attempt at viewing it I fell asleep about 15 minutes into the film.   When I watched the rest of the movie the next day it didn’t hold my attention much better.  The movie took forever to get to the actual Hunger Games (which felt completely forced to me).  The whole concept of another games pitting the previous victors against each other made no logical sense if the government was concerned about Katniss becoming a figure to rally a rebellion around.   If the President really wanted to get things under control he would have killed Katniss off  and pulled a Running Man showing her basking on some tropical island like the previous winners….(Running Man fans will get this reference).  Instead they continue to give her a platform where she can become this figure of rebellion

The movie unfolds in predictable fashion with a less than exciting Games once we actually get to them.   The cheesiness of the other previous winners made me immediately think once again of the Running Man -  (about halfway through the movie I wished I had been watching a remake off that movie instead )  The games themselves despite a few good moments once they first begin quickly get bogged down.  There is a lot more sitting around in the forest  and running away from acid rain  rather than quality action scenes.   I’ve just seen and read a lot better sci-fi than The Hunger Games and I’m just not really impressed with the series after 2 films.


I was literally checking e-mail and thinking about finishing up some yard work in the backyard as I waited for the movie to end.   I’m well aware that I’m in the minority  concerning this movie (since it killed at the box office)  but that doesn’t change how I feel about it.  I had just finished watching an episode of Agents of Shield a half an hour before I had started with Catching Fire and I would rather watch another episode of that show (or any other action TV show)  than sit through another Hunger Games movie.   The end itself was okay , if you hadn’t already figured out that is where the movie was going,  which I had very early in the movie.   I would have to say that this ranks up there with Mission Impossible 2 as far as big budget disappointments for me.

Posted by brad chowen at 8:20 PM No comments: