RIP Apu you will be missed.

People are no longer able to laugh about or enjoy anything anymore.      Abu is dead...... Who is next?
The lazy cop that eats donuts
The  smelly Comic Book Nerd that lives in his moms basement.
Fat Tony the Italian mobster (Because all Italians are mobsters) 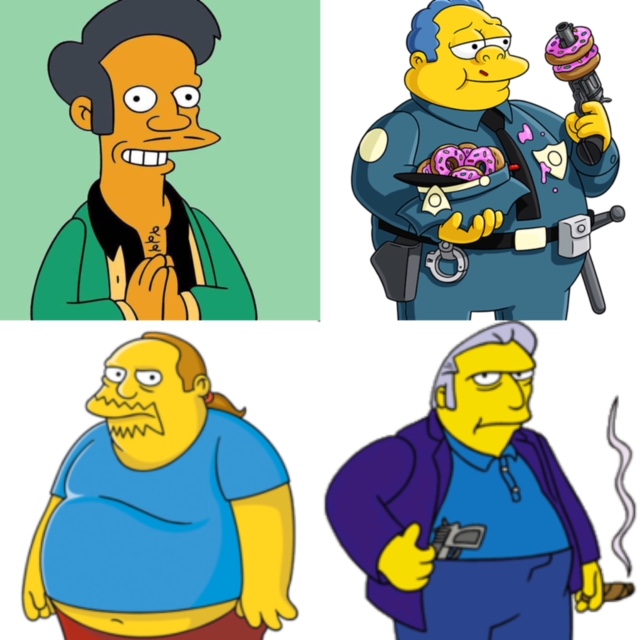 Let's get rid of all of the Simpsons Stereotypical characters . Like the corrupt Mayor with a Boston accent based on the Kennedys.   Or Cletus the Slack Jawed Yokel  (White Trash).   And of course Homer himself.   The Fat Dumb Bald Average White Guy?  Don't even get me started on Bumble Bee Man.  Maybe they should just cancel the show all together since all the characters may be offensive to someone.   People can no longer laugh at themselves. 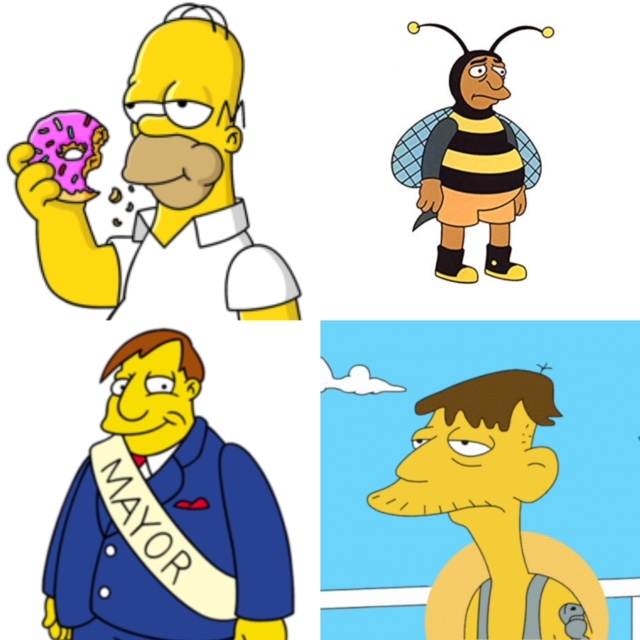 If it is so important to get rid of Apu what should happen to the 30 plus years of reruns that are on all hours of the day that feature the character?   Should this character be digitally removed from all those episodes so as not to offend.   Or maye we should run a warning before each episode.   Or maybe all the shows should be pulled off the air?    Watch out Family Guy you are next.  It may just seem like a little thing to you--- but it has actually been a tidal wave of little things.

Here are just a few of the little caves to PC Culture in 2018 that form a slow tidal wave that is taking over our daily lives.

Early 2018:   Disneyland caved and changed the Redhead scene from a Pirate Auction to Pirates Antique roadshow.   Remember the pirate tales of yore when they sold art work in the town square.

Summer 2018:   The Circus Animal Crackers box was changed because of pressure from PETA because the animals in circus cages on the box was too offensive.   Free the animal cookies they said, because they have nothing else important to worry about.

Fall 2018:   The Simpsons caves on Apu to remove the character from the show.

People need to stop being offended by everything.   People need to learn to laugh at themselves.   We need comedy now more than ever-but instead we are letting tiny vocal portions of the society that are offended kill things off.     I'm  100% over all political correctness.  The show that makes me laugh the most right now is reruns of The Office because of its complete and total lack of political correctness.   I refuse to be offended by redheads being sold at Pirate auctions or caged animal crackers or funny characters on an animated TV show.   Netflix and Chill people Netflix and Chill.
Posted by brad chowen at 8:45 AM No comments:

Game of Thrones : The Spoils of War : Quick Thoughts (Spoilers) 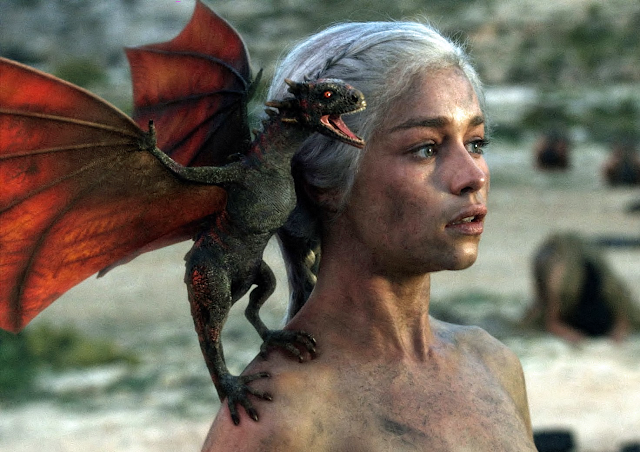 I'm generally at least a year late to the party for Game of Thrones. I don't have HBO and I'm not going to pay for it for one program.  So I usually wait for Game of Thrones to come out on Netflix and then I binge it to catch up.

I have enjoyed the series as a whole -- but I have found myself at times completely disinterested in certain story lines while wanting more of others.  So while Game of Thrones has been entertaining it has also been frustrating at times waiting for certain things to happen.    A big example of these is the White Walkers:   This undead army has to be the slowest bunch of dead people in Westeros.  Seriously these guys need GPS or something because it has taken them forever to get anywhere.  There was an epic battle with them in season 5 and now in the middle of season 7 they are still lolly gagging around in the north.    If someone could please give them directions south it might speed things up.

The other storyline that I have been interested in has been the Mother of Dragons.   The problem has been that her story has pretty much been disconnected from Westeros for the entire first 6 seasons of the show.  It has at times felt like we just check in on her story while everything else has been happening in the main storyline.   All of that changed with the season 7 episode: The Spoils of War.   After watching Jaime Lannister's army win another victory the Mother of Dragons decided to heat things up a little bit.  By heat things up we actually finally got to see one of her Dragons actually kick ass.   After seeing the dragon in action I can see why they waited so long for this.   The dragon devastating the Lannister army was bad ass.  I've been waiting for a scene like this for the entire show.    The end of the episode was predictable. I knew they weren't going to kill off Jaime Lannister but if they had that would have been an awesome way to go.   Personally I think they should have done it.

I'm just glad that we finally got to see some epic dragon action.  The show has really grown from Season 1 when the biggest battles never happened on screen to actually showing something of this scale and scope.  I'm more all in on this show now then any other point in the story.   It is about damn time that the Mother of Dragons finally showed up and got involved in the main storyline. 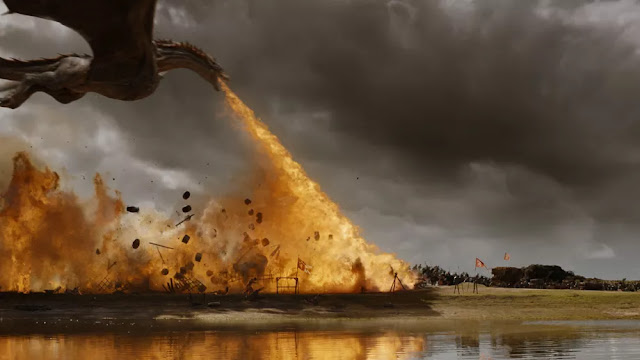 Posted by brad chowen at 6:19 AM No comments: 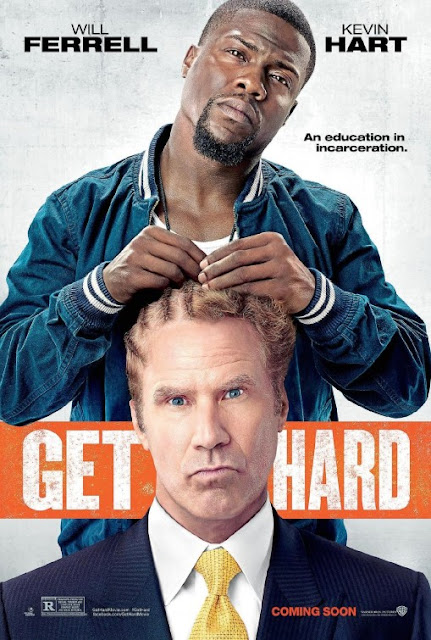 Get Hard has a fun premise and two great comedians.  Will Ferrell  plays a millionaire named James King that is going to be sent to prison for fraud.  Being a rich out of touch white guy Will Ferrell just assumes that Darnell (  Kevin Hart ) has spent time in prison.  He hires him to train him to survive prison and Kevin Hart's character takes the job because the money is too good to pass up.

Like many modern comedians this film has some really funny moments as Kevin Hart attempts to put Will Ferrell's clueless character through a ridiculous prison training camp.  The two actors have good chemistry together which leads to some fun comic moments.  The issue holding this film back from being a better film is the plot itself.  It is obvious from early in the film that Will Ferrell's character is being set up to take the fall and that he is clearly innocent.  It is also clear that at some point later in the film the story will turn from a story about training him for prison to uncovering who framed him to clear his name.   Unfortunately the movie spends about 5/6 of the time showing the ill advised prison training and uncovering that he was framed is basically plugged into the end of the film almost as if it was an after thought.

My suggestion is that if you are a fan of either Will Ferrell or Kevin Hart than enjoy the film for the comic moments between the two actors.   Just don't expect anything for the story itself.

Posted by brad chowen at 2:47 PM No comments: