The Super, Fantastic, Terrific Podcast #28 In this Podcast we try to discuss Bladerunner 2049

In this Podcast that we recorded back in early October we planned to discuss Bladerunner 2049 in detail.  Unfortunately, two of us hadn’t seen it yet when we sat down to discuss it.  So, this episode basically become a free for all for everything in entertainment. 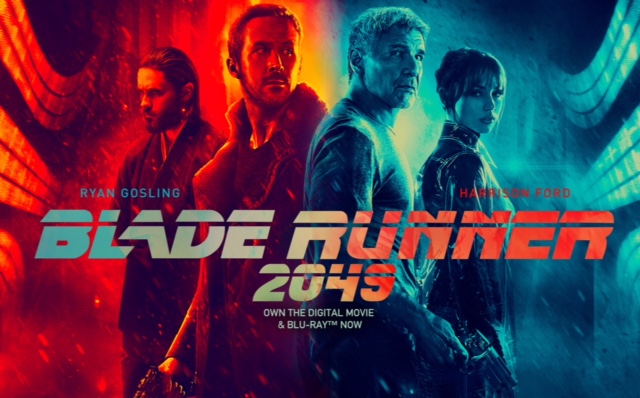 Posted by brad chowen at 4:12 PM No comments:

Email ThisBlogThis!Share to TwitterShare to FacebookShare to Pinterest
Labels: BladeRunner 2049, John Wick 2, The Kingsman, The Last Jedi Trailer, The Orville 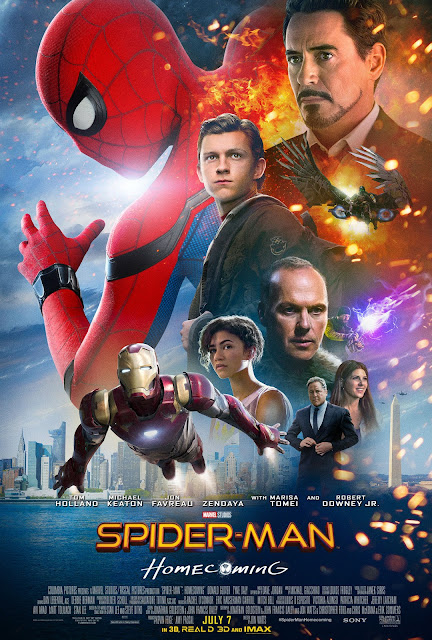 Sony making the deal with Disney to let Spider-Man become a part of the MCU was the best decision Sony ever made for the future of the character.  The new Spider-Man made his first appearance in Captain America : Civil War a Disney film, basically introducing him in that film as one of the Avengers.
As a result of his appearance in that film Sony was able to do a Spider-Man without having to do a reboot origin story for the character.   That was the biggest downfall of the previous Spider-Man Reboot starring Andrew Garfield.  As you know I hate Reboots in general, especially when they cover the same area as the previous version.   The Amazing Spider-Man just felt unnecessary.  When I watched that movie I kept asking myself...."Haven't I seen this before?"   The Sam Raimi Spider-Man movies were so recent that tells how he became Spider-Man again was just not interesting.   Seriously who doesn't know Spider-Man origins???  Just get to the good stuff.   That is exactly what Spider-Man Homecoming is allowed to do.  Skipping all the origin stuff Spider-Man is just allowed to have fun.

In this film Peter Parker  (Tom Holland) is trying to figure out how to balance his life as a high school student by day and superhero by night.  Being a part of the MCU also brings Iron Man into the picture as Spider Man's mentor -- as Peter Parker is desperate to be a full Avenger.  This is where Sony's decision to let Spider-Man be a part of the MCU really pays off.   Iron Man has already been established in 3 Stand Alone movies, 2 Avengers films and the last Captain America.  Iron Man lends credibility to this Spider-Man film and with Spider-Man scheduled to be in the new Avengers film this spring which will just serve as an additional spring board for the character.

In Spider-Man Homecoming they have really nailed the character for the first time.   The first couple of Sam Raimi Spider-Man films were good --but Toby was never really Spider-Man for me.  Tom Holland is Spider-Man.   This Spider-Man also gets a great villain.  Michael Keaton is absolutely excellent as The Vulture.   The scene near the end where Peter Parker goes to pick up his Homecoming date and realizes that his dates dad is actually the villain is great.  The tension in the drive to the dance as the dad starts to piece together who Peter Parker is was priceless.  Michael Keaton couldn't be more menacing in this scene. The film has some great action moments.  Spider-Man is basically still learning how to be a hero and we get some great scenes of him trying to figure out the whole Super Hero thing. The film also has some great comic moments, especially with Peter Parker's best friend learning about him being Spider-Man.

This film was an excellent entry into the MCU.  Before Marvel started the MCU Spider-Man was arguable the most famous and well known Marvel character.  I can't wait to see what will happen with Spider-Man going forward.  That is something I couldn't necessarily say with the previous versions of Spidey.  This film makes me want to see how his character grows from high school Peter Parker trying to figure things out into full blown Avenger Spider-Man.

Posted by brad chowen at 6:25 AM No comments: 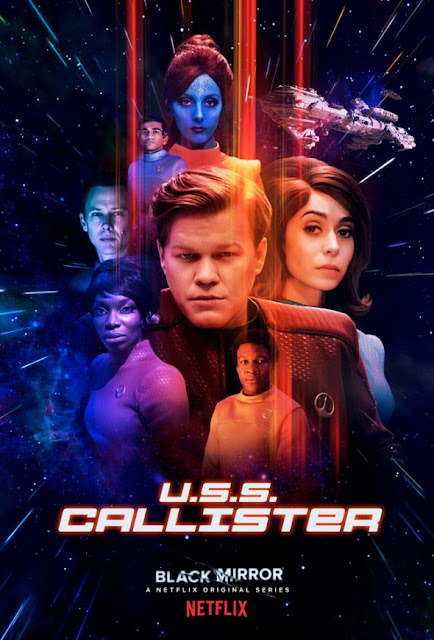 I know it is only January 7th, --but this may already be one of the best hours of TV for 2018.  Black Mirror Season 4 has premiered on Netflix and it's first episode is amazing.   Black Mirror is basically the Twilight Zone in the age of Technology.   In U.S.S. Callister they take a Twilight Zone classic” It’s a Good Life” where the boy controls everything like a god and take it to the next level with a virtual reality world.   Basically, a virtual prison on an old sci-fi show. It is part Galaxy Quest meets a terrifying episode of Twilight Zone.

The main actor Jesse Plemons is amazing as the Captain” Captain Ass” as the crew refers to him.  If Matt Damon had and uglier twin that would-be Jesse Plemons.  His Captain Kirk impression is both charming and frightening at the same time.  It is an excellent performance.  The first time we see his character in the virtual world he is the heroic Captain saving the day.  It isn’t until he downloads the new girl from the office into this virtual world using her DNA that we see the darker side that seems straight out of the classic Twilight episode starring Billy Mummy wishing people off into the cornfield if the don’t cooperate with him.  This episode is a mix of Star Trek and that episode and the mix is absolute magic.

If you are a fan of Twilight Zone, then you need to be watching this show.
I can’t wait to dig into the other 5 episodes. 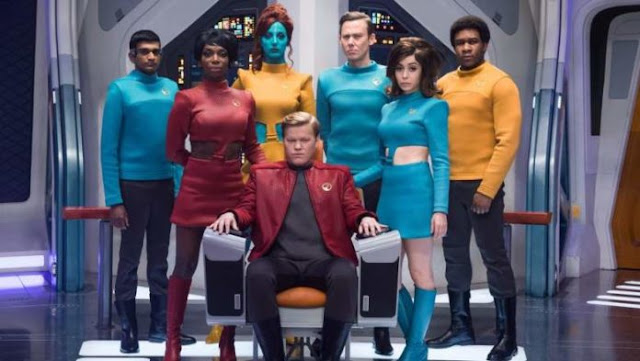 Posted by brad chowen at 3:08 PM No comments: