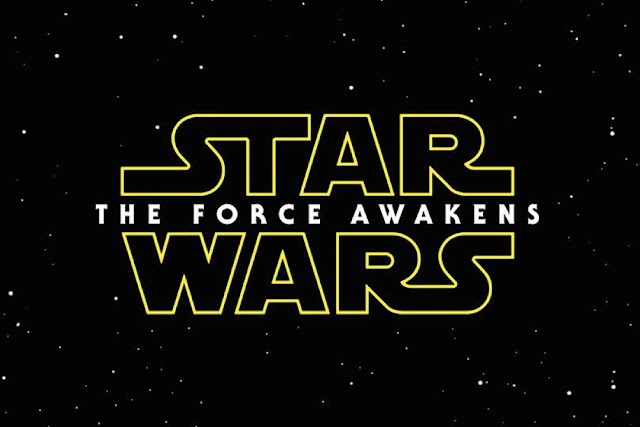 
To listen to our  All our previous Podcasts go here

And our Movie Page is Here
https://www.facebook.com/The-Super-Fantastic-Terrific-Page-of-Movies-TV-and-Entertainment-178708865473822/?ref=bookmarks

Posted by brad chowen at 7:39 PM No comments: 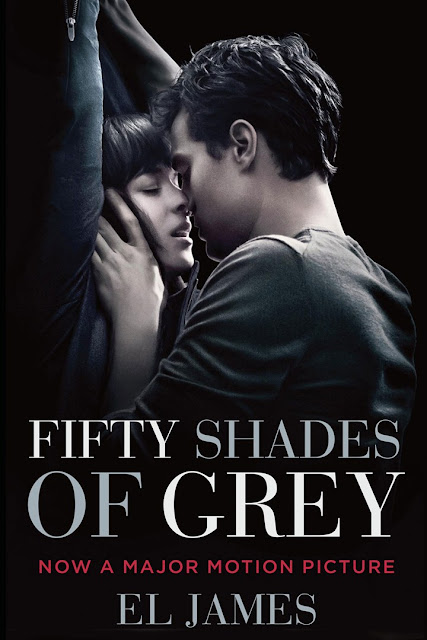 I call it 50 Shades of Dull.    I just don't get what the big deal was about this.  The book soared and every women in American ran out to read it.  If the book is anything like the movie that is hard to understand why.  The dialogue was terrible--I mean truly cheesy and bad.  You could watch any Skin-o-Max movie from the late night TV and get the same thing out of it.  Both characters were just dull and the movie wasn't sexy in anyway.  It was just boring.  Just rent any random episode of Red Shoe Diaries and you can skip this movie.  The plot just seemed pointless to me and the ending was stupid.

Posted by brad chowen at 6:50 PM No comments:

I was really excited when they announced a new Vacation movie. The original Vacation and Christmas Vacation are two of my favorite films.  I was glad to hear that it is wasn’t going to be a reboot –but instead a sequel featuring Rusty the son from the original movie taking his own family on an adventure.  The original Vacation movie is an absolute classic.  Christmas Vacation is a must see Holiday gem.  Even Vegas Vacation has grown on me as an entertaining watch.  (European Vacation NOT SO MUCH)
So I can’t help but look at the new one as a comparison to the original.


The new version of Vacation stars Ed Helms as Rusty Griswald and Christina Applegate as his wife . Both actors did a solid job and Chevy Chase was onboard in a small role. 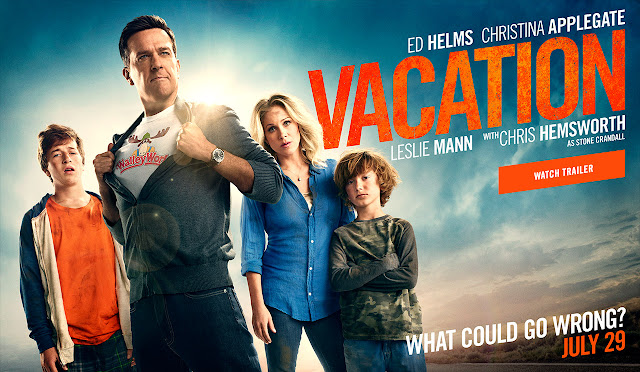 The problem for me is that I do love the original so much.  The original from 1983 is basically on a comedy movie pedestal for me along with movies like the Holy Grail and Airplane as one of my favorite comedies ever.   So although I enjoyed the new movie there really weren’t any scenes that were truly memorable like in the original.   When the original comes on TV I find myself watching pretty much quoting every scene.  I can’t imagine doing that with this movie. 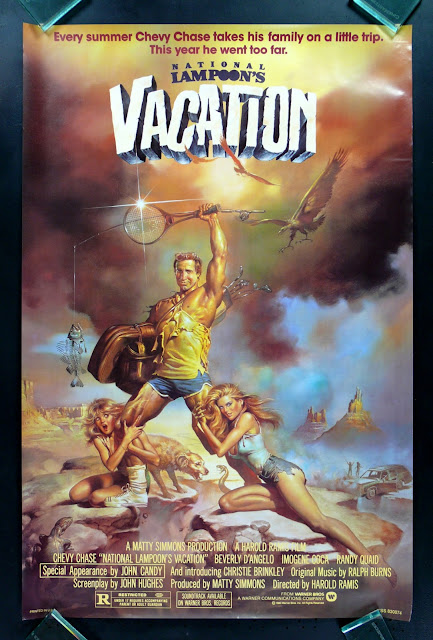 The 1983 National Lampoon’s Vacation starring Chevy Chase and Beverly DeAngelo is the perfect family road trip gone wrong. Chevy was at his absolute best as Clark Griswald and it is one of those movies where I smile during every scene while watching it.   There are so many classic moments.  The visit to Cousin Eddie’s……The dog behind the car…….Aunt Edna dying and putting her on the roof.  The “This is a quest for Fun” speech.  And of course the iconic  Christie Brinkley in the pool scene (she still looks amazing today). 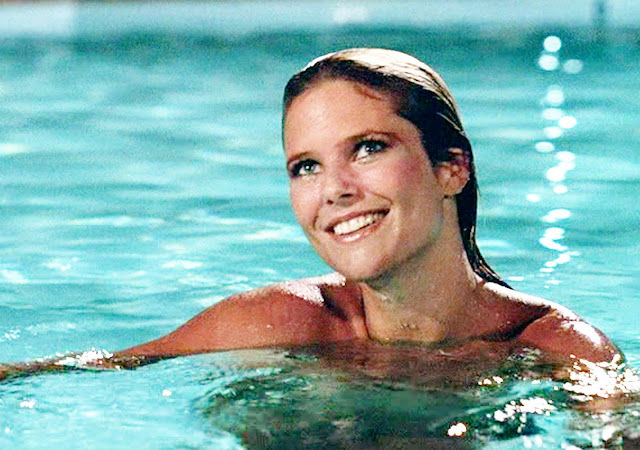 All of these obstacles in the way of a father’s quest to give his family a Vacation they will remember.    Anyone who has had a wacky family vacation knows exactly what this film taps into.The original Vacation has inspired many movies over the years. The only movie that really came close in capturing  was We’re the Millers which I thought was a clever twist on the Vacation movies with a fake family pretending to be a Griswald type family.

The current Vacation tried to be edgy and adult and just didn’t really capture the magic of the original. It had some fun scenes like the dip in Griswald Springs and the Chris Hemsworth scene.  I still found it an enjoyable film and I’m probably just being too hard on it when comparing it to the original . This movie just had  a lot to live up to.  It seemed like the best scenes in this new version were either already in the trailers.

Here are the Trailers

Posted by brad chowen at 6:01 PM No comments: 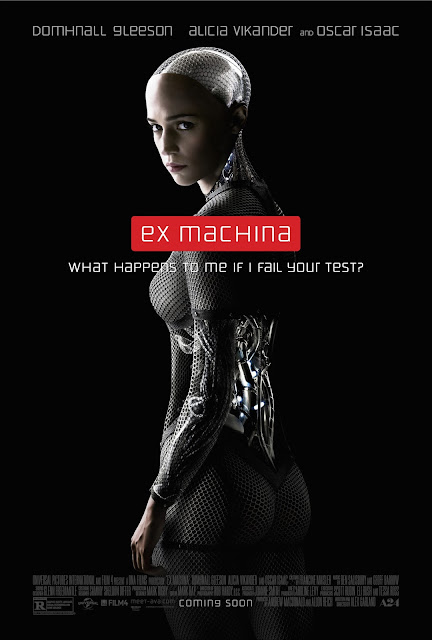 
Ex Machina is an interesting Sci-Fi movie that takes a look at the subject of Artificial Intelligence.  The movie basically features 3 characters and has the feel of a stage play.  It stars 2 of the actors currently in the new Star Wars movies  Oscar Issacs and Domhnall Gleeson and Alicia Vikander as the AI….   The cast is excellent especially Alicia whose movements and speech have a graceful elegance.

The plot:  A computer programmer working for a Bill Gates type owner wins a corporate contest to spend the week at his Alaskan hideaway.   Of course there is a catch.  He is actually brought up there to be a part of an experiment in testing the new AI robot the founder has created.  The movie follows his week of questioning and creating a bond with the AI while being questioned by the Bill Gates type character about it.

Artificial Intelligence is an interesting subject matter and a good sci fi that tackles it always makes me think about and want to watch other AI type movies.  Watching this film made me want to dive back into Blade Runner (especially in the scenes  where he is questioning the AI to see how human like she was.   I found this extremely intriguing.   It reminded me of Twilight Zone episodes and the books of Issac Asimov were running through my mind as I watched it.  Great Sci-Fi makes you want to watch other great sci-fi I thought of Spielberg’s  A.I. while watching it.  I thought about George Lucas’s classic  THX-1138.   AS soon as the movie was over I dug into the DVD extras (always a sign that you really enjoyed a movie)


Without giving anything away about what happens in the film –I’d definitely say it is a must watch for any fans of hard Sci-fi.  The characters feel like they are in a jail in a sense that the setting is claustrophobic while they are inside the house .  Just outside the house is a beautiful wilderness that includes a stream and a giant waterfall.  It is a great contrast to the room with it's glass walls where the interviews take place.   Definitely check this movie out.

Posted by brad chowen at 4:54 PM No comments: