Part 2  --Back in Nerd City -roaming the booths with our giant dork bags of free stuff --shuffling around like undead zombie nerds --we ventured through every square inch of the place.  Taking pictures gathering free hand outs trying not to spend a lot of money.    Ok enough talking  --here are more random pictures 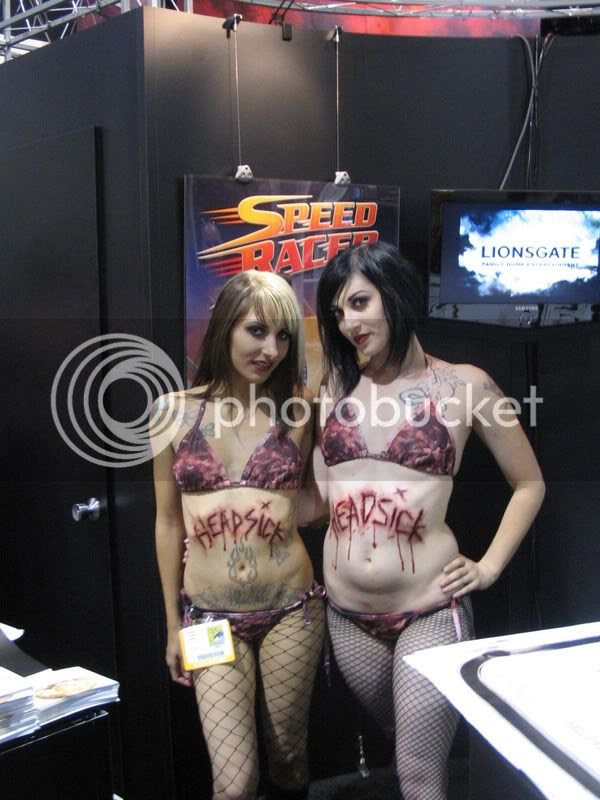 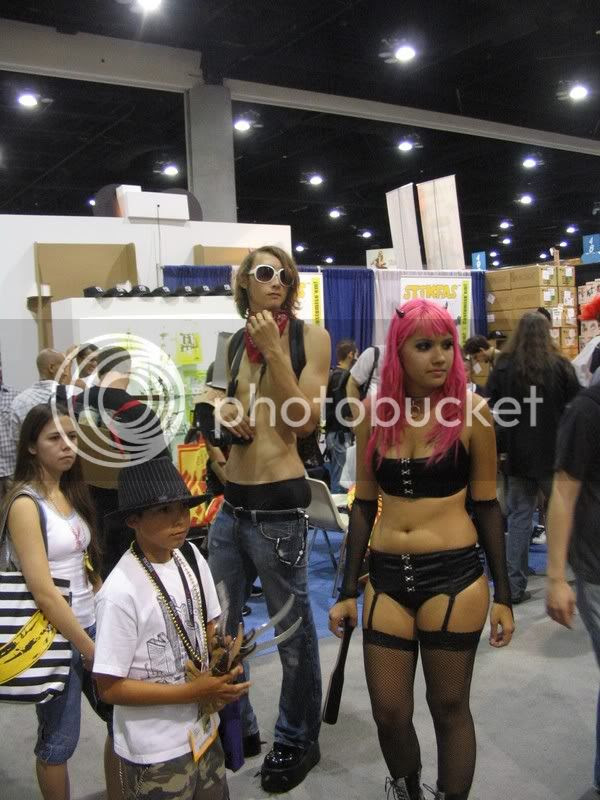 Your guess is as good as mine? 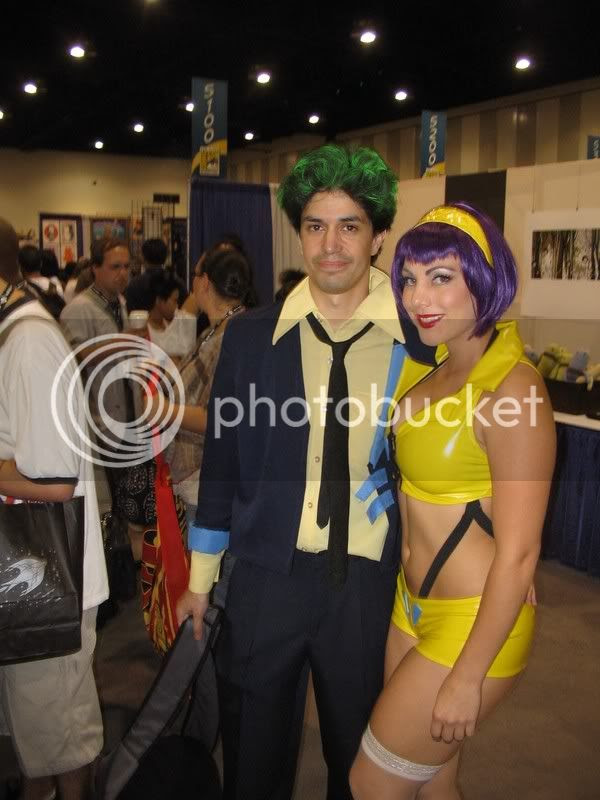 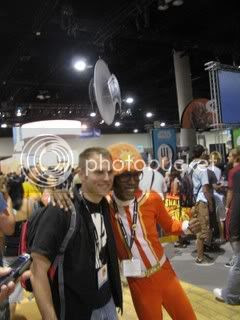 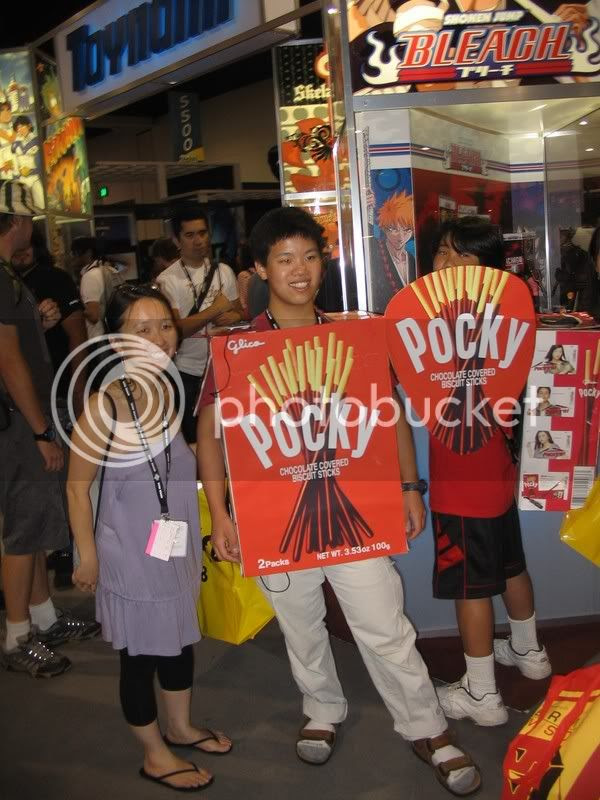 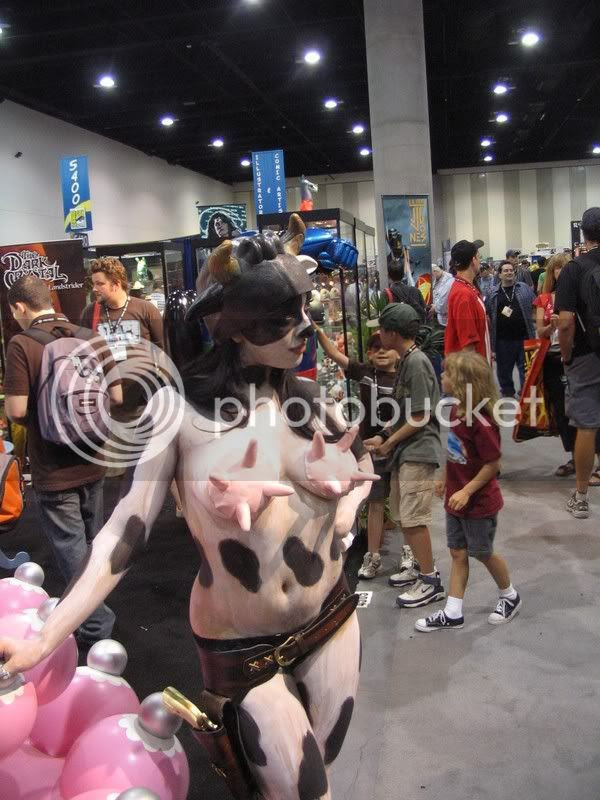 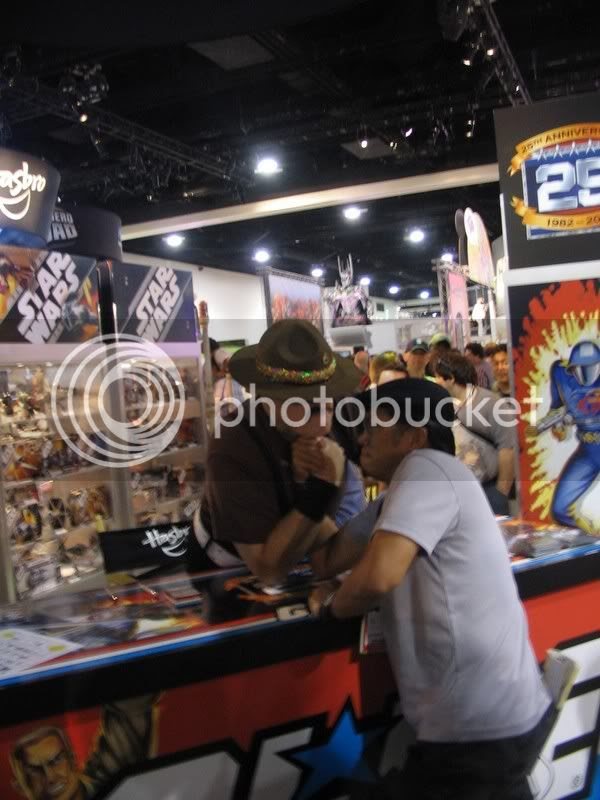 What a radical Robot -- 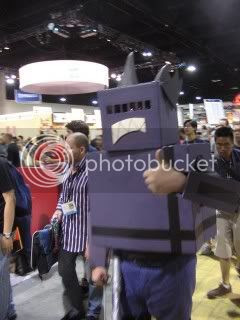 Guy in suit with TV for a HEAD? 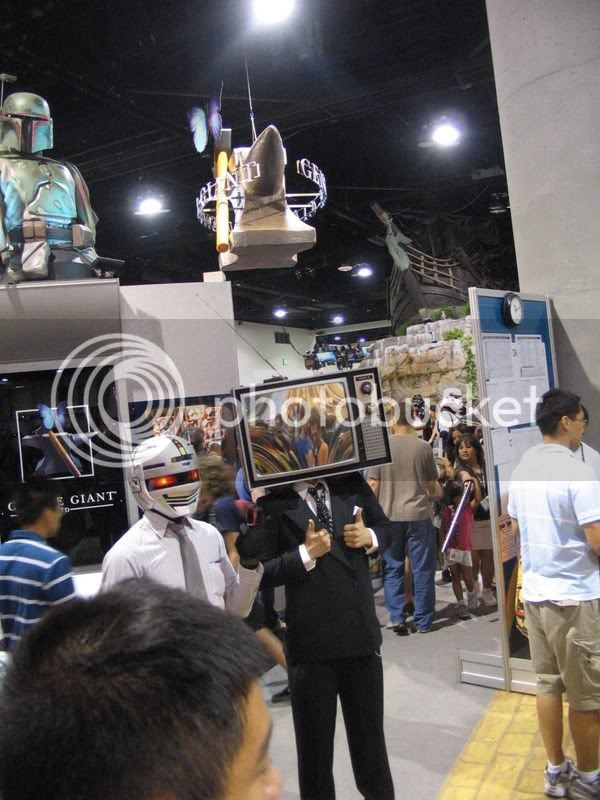 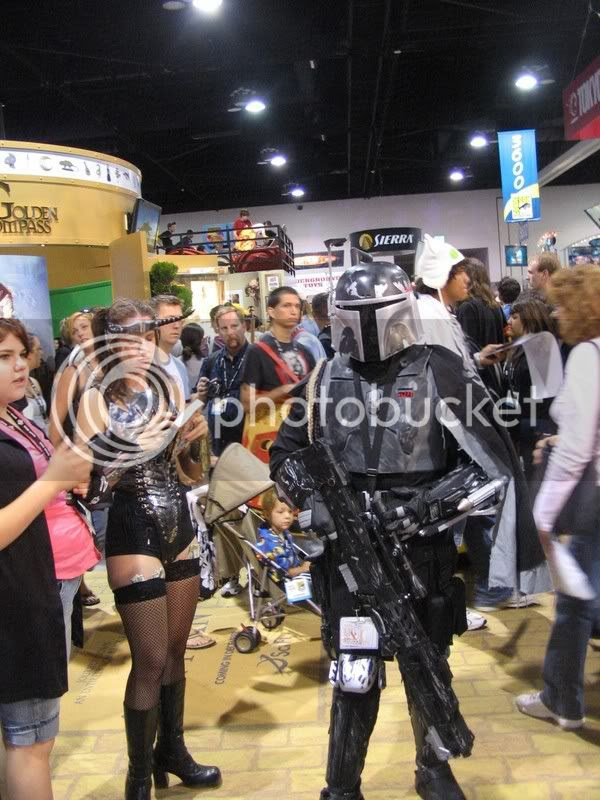 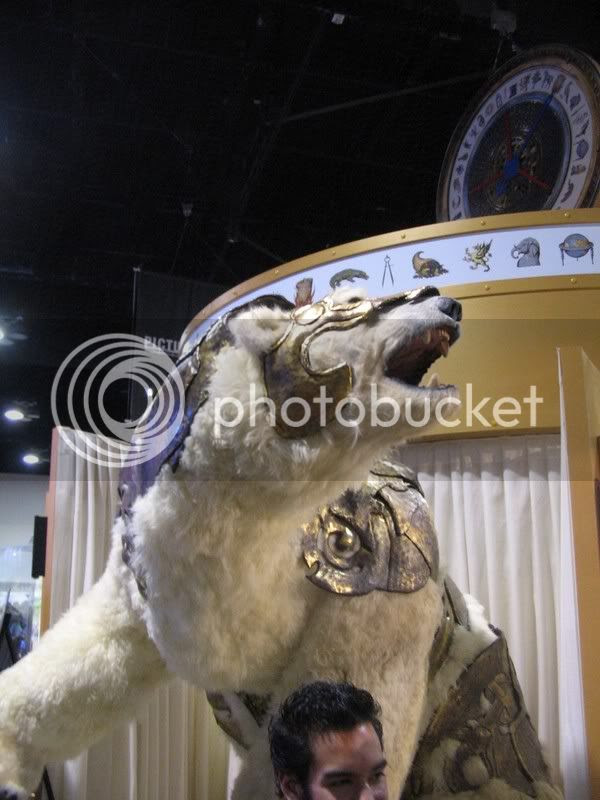 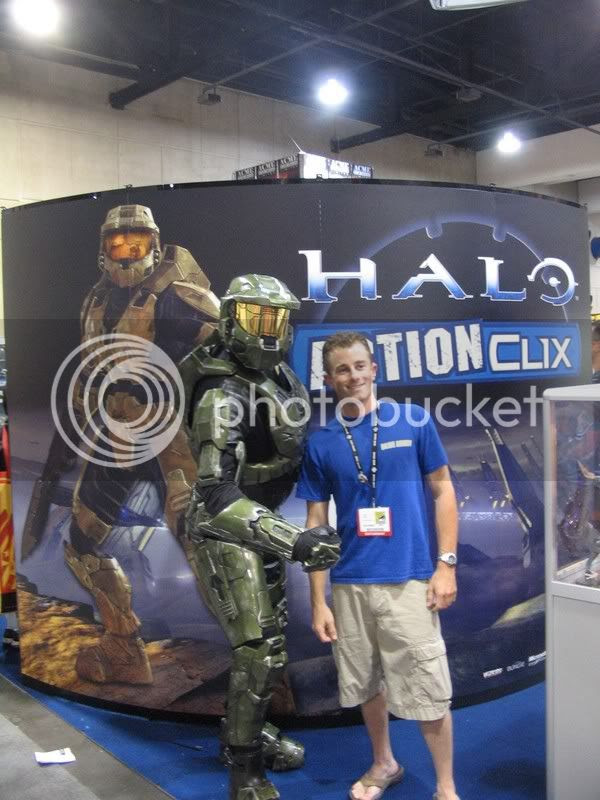 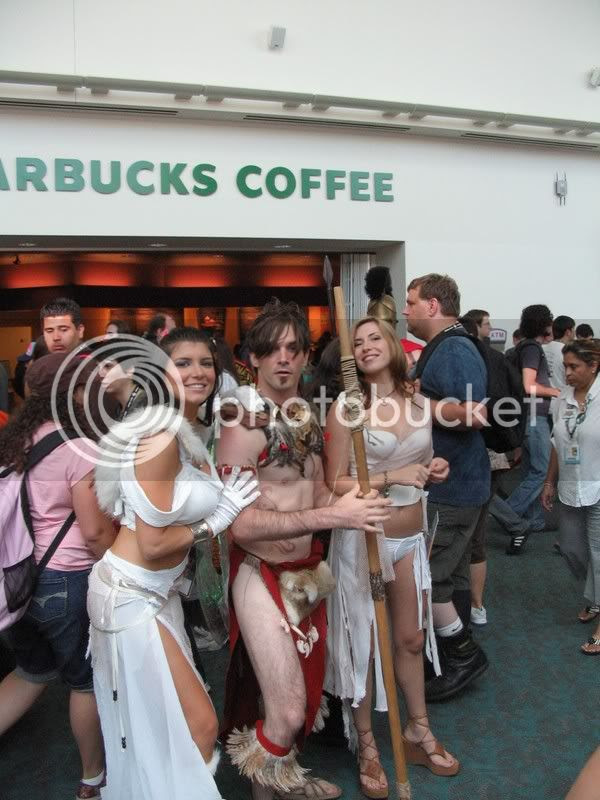 There were many people signing autographs  there---  Some had lines like Elvira  Mistress of the Dark looking bored during an interview. 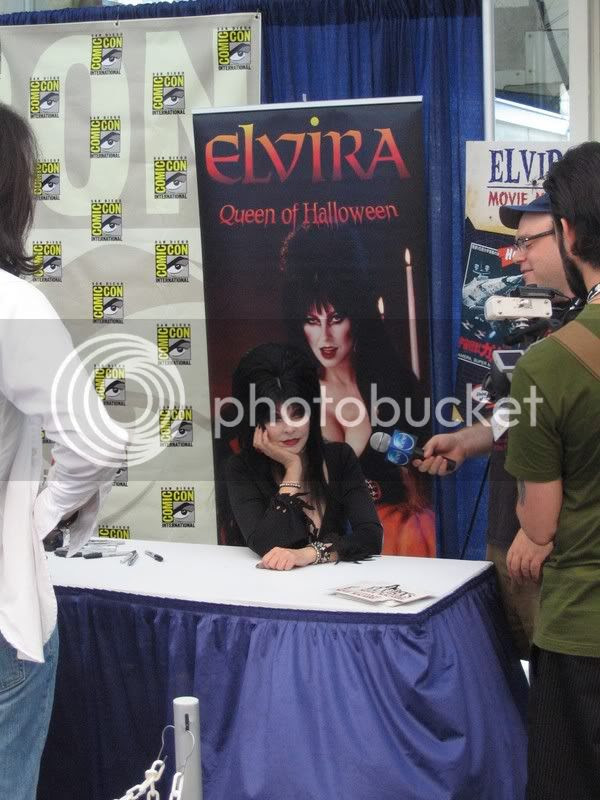 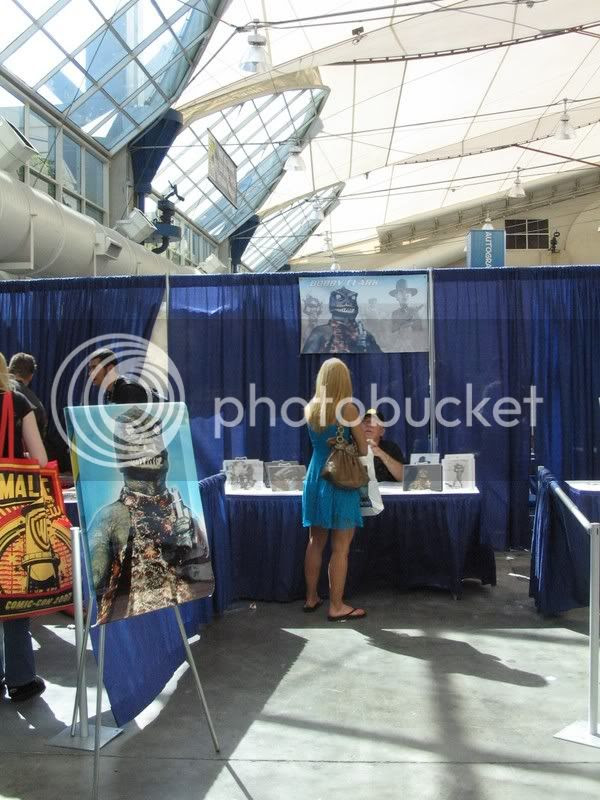 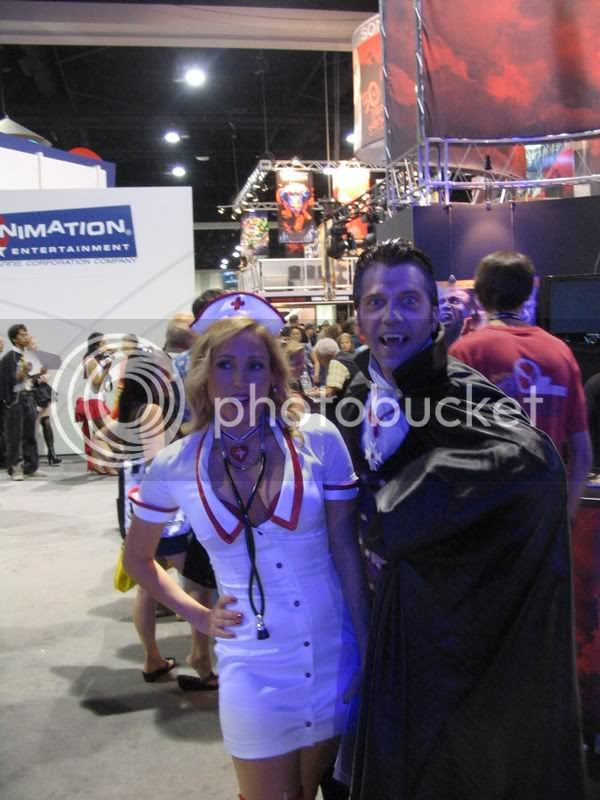 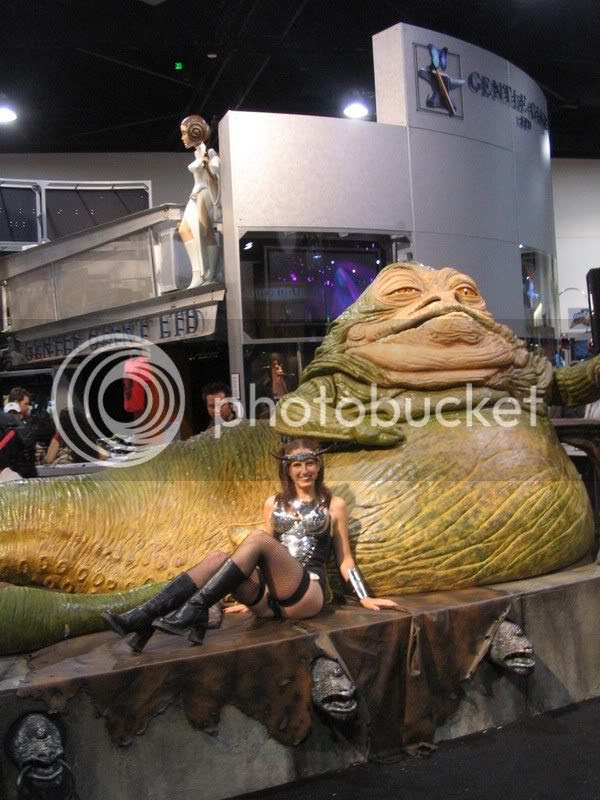 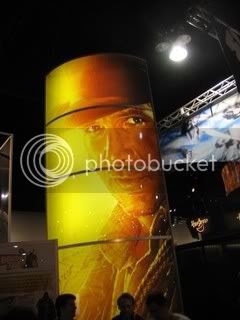 One of my favorite pieces of free nerd swag for the day was  Indy IV coin that I hope is still somewhere at the bottom of my bag of free junk..   Here is me at Indy Fans booth with the ladies 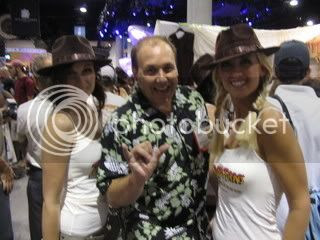 A great group of Indy costumes in front of the plastic Ark. 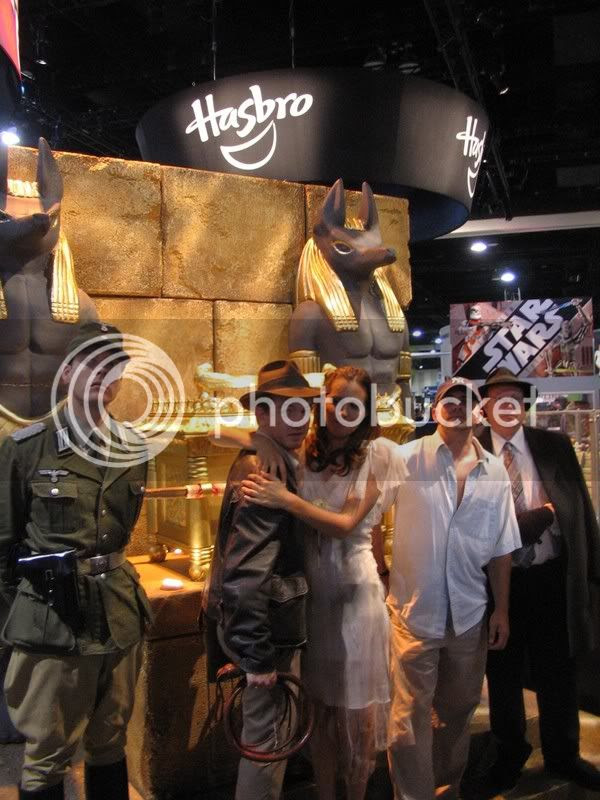 Pokemon   --is that still around?? 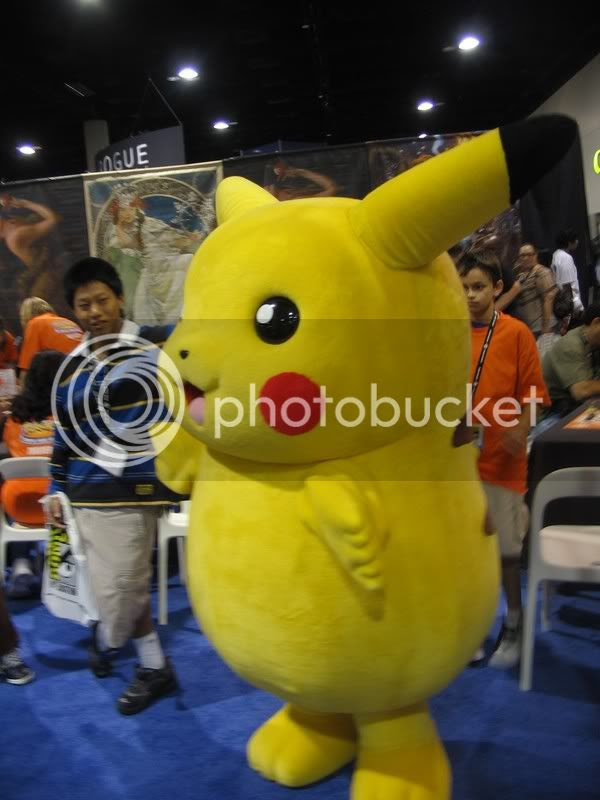 Of course Bob the Anger Flower? 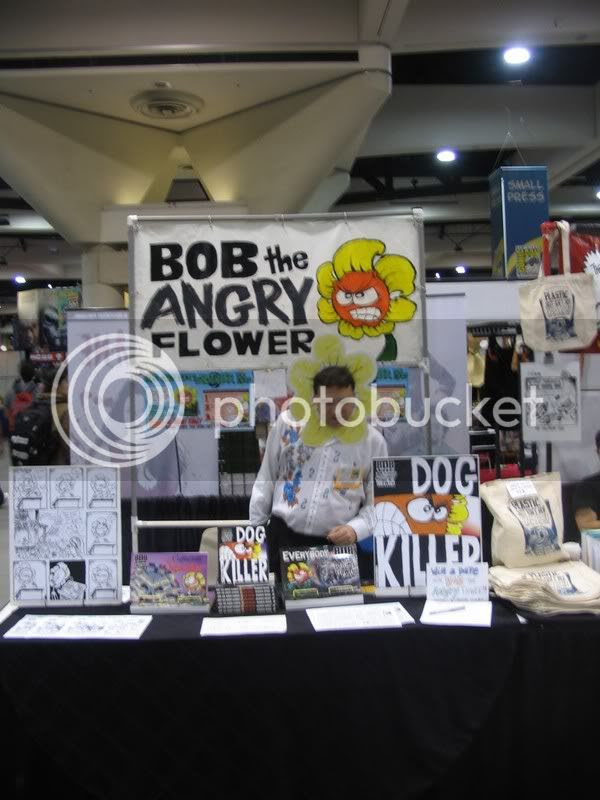 Getting exhausted and hungry again --we decided first to head to the car and unload our nerd bags.   What a relief.   Then had dinner at a cool little pizza  bar  downtown  can't remember the name I was pretty brain dead by this time .  Then unencumbered satisfied with some "Good Eats" (inside joke)  in our bellies we headed back to finally get to see one of the things I came for.  We jumped in line at 7pm for the Buffy screening.   --The program before it wasn't that full so they let the Buffy people in early and said you can stay after for the Buffy.    So we watched  some  panel called "The Comic Book Club"   which was really quite bad  and dying on the vine of mediocrity  until it was mercifully saved  by the musical performance of 2 panelists   Hard n Phirm.   The room was literally dead until their witty performance of their PI song.
After this the Buffy screening was filled with confusion as they had why too many people to fit in the room and were scrambling around at the last possible minute to satisfy the crowds --by getting a 2nd room.
Finally we got to watch  Buffy the Vampire Slayer  --the musical episode which is one of my favorite episodes of the series or TV for that matter.   It was wild "Rocky Horror" style with everyone singing along   totally cult style.   Very fun.
Then on the way out we caught the end of the costume pageant/talent competition  --which was showing on a  movie screen outside for all the people that didn't get into the pageant itself.  There was some dumb stuff and some entertaining stuff --like a cast of people dressed like characters from "Silent Hill" singing Monty Python's  "Always look on the bright side of Life"  --and a funny   Josie and the Pussycat dolls which also featured a dancing Tony the Tiger and The Cheshire Cat.
Well that is it other than the 9 pictures that are trapped on another memory disc that won't load onto the computer for some reason--maybe I'll do a pic only Part 3  once i solve the problem--so you can see  --some slave Leia's and a guy dressed like a warrior from 300  with spears stuck to his body holding a Starbucks coffee.  Good stuff.
Posted by brad chowen at 7:13 AM