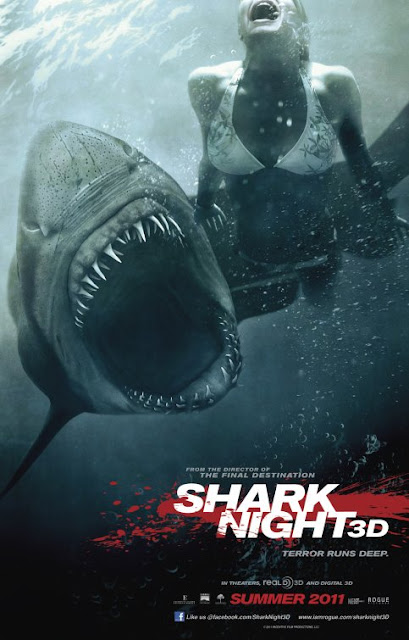 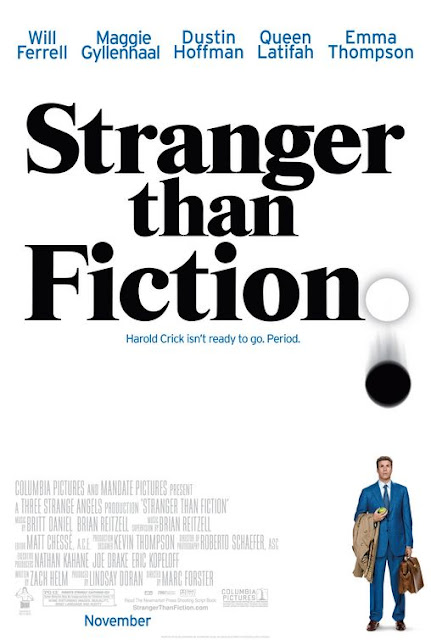 A fairly good dramedy----   I kinda felt a little mislead again by the advertising for this film that hyped up the barely there comedy elements.   I was hoping for a film more like Truman show—since the story  had high concept elements------so was therefore kind of let down a little by what was otherwise a good little story.    I thought they could have done more with the concept which at times almost seemed to be forgotten mid film.      Don't expect a funny Will Ferrel piece –but rather a little drama with a message.
Posted by brad chowen at 12:23 PM No comments:

Email ThisBlogThis!Share to TwitterShare to FacebookShare to Pinterest
Labels: Stranger than Fiction 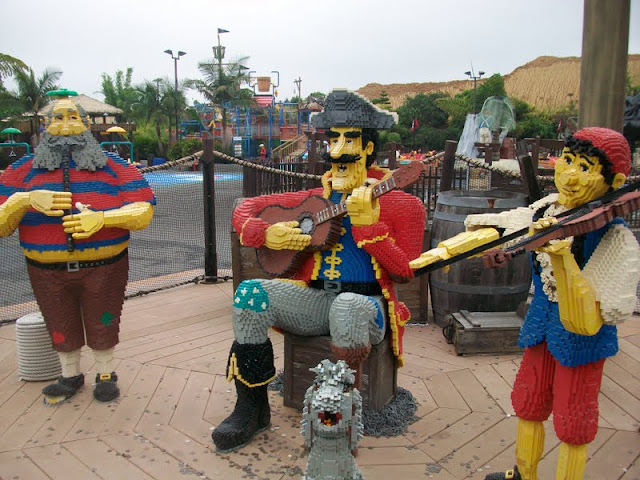 Posted by brad chowen at 8:10 AM No comments: 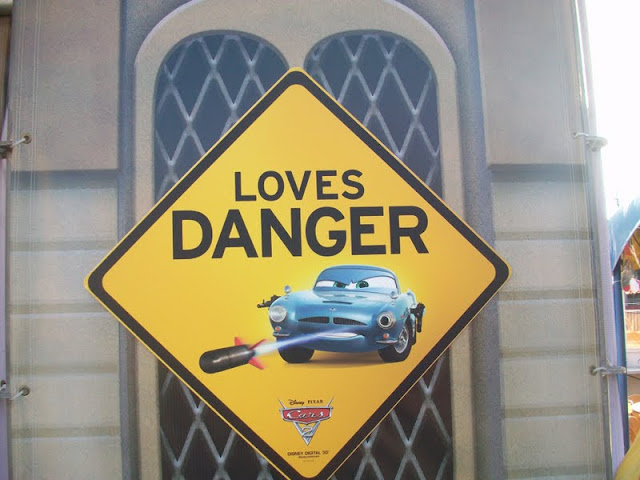 Go here for the review and pictures
http://micechat.com/blogs/brad-chowen/3053-cars-2-experience-el-capitan-9-out-10.html
Posted by brad chowen at 9:10 AM No comments:

Geek photo of the day (Man with Robot Puppet Hollyweird) 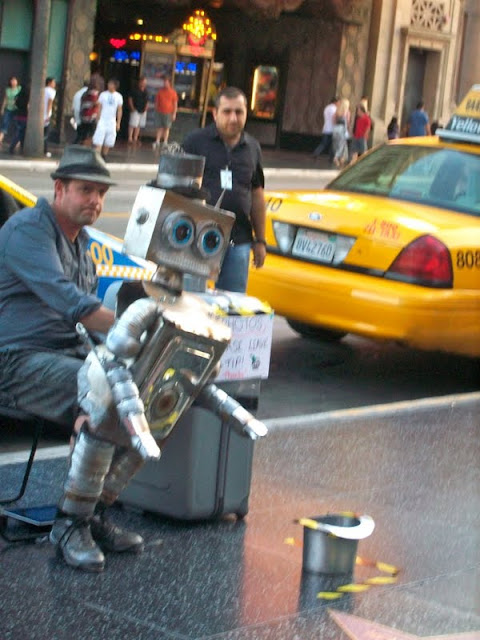 And they have matching hats!!!
Posted by brad chowen at 7:56 AM No comments:

Geek photo of the day (Rex straight out of the box) 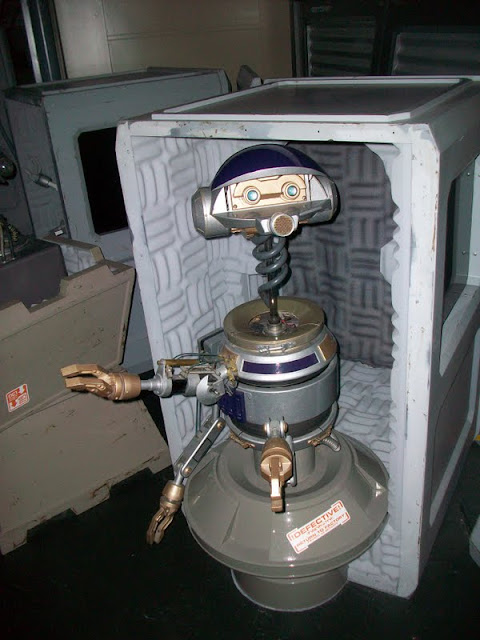 Posted by brad chowen at 9:25 AM No comments: 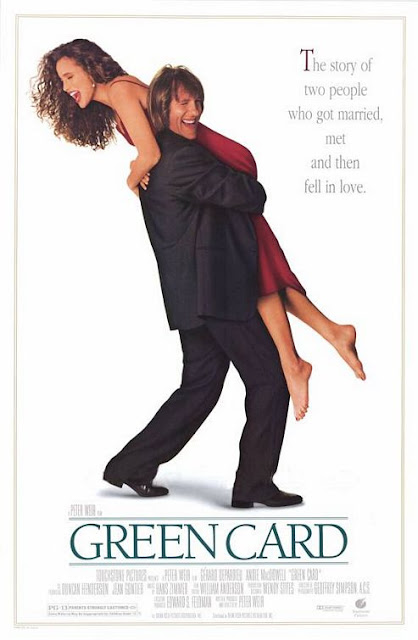 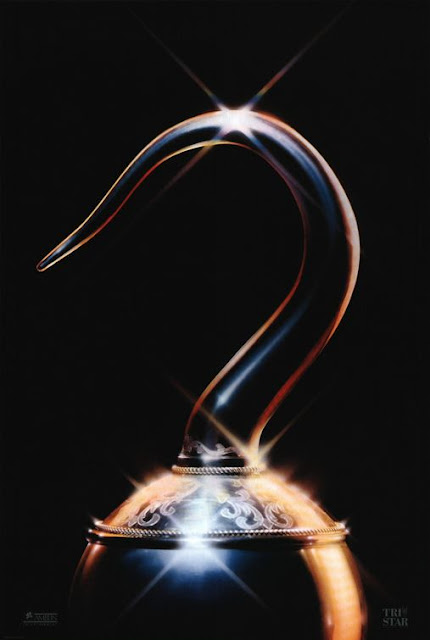 American Graffitti of the ghetto 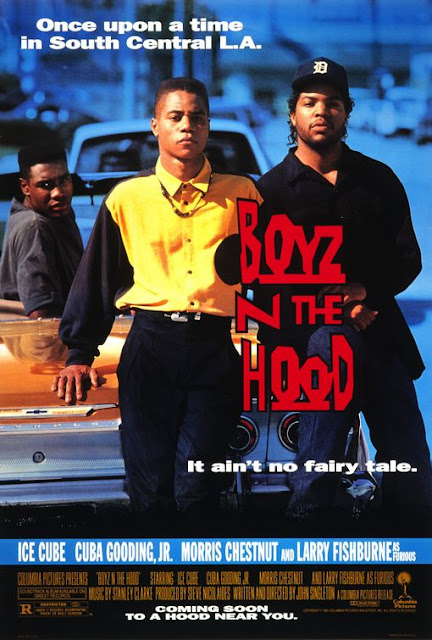 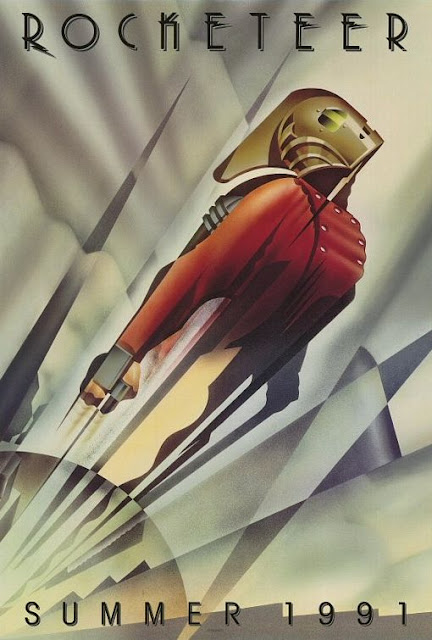 Coming in at number 6
Delirious 1991 8 out of 10
John Candy was great in this high concept story about a writer who after a bump on the head ends up in his own show. I love movies like this... 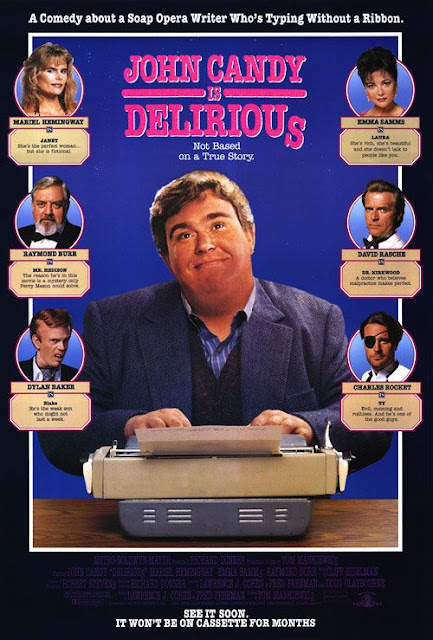 Coming in at number 5
Beauty and the Beast 1991 9 out of 10
This was Disney during its second Golden Age...Fresh off of Aladdin and Little Mermaid.....At this point I was going to see every Animated movie that came out of Disney because they were building such a great track record 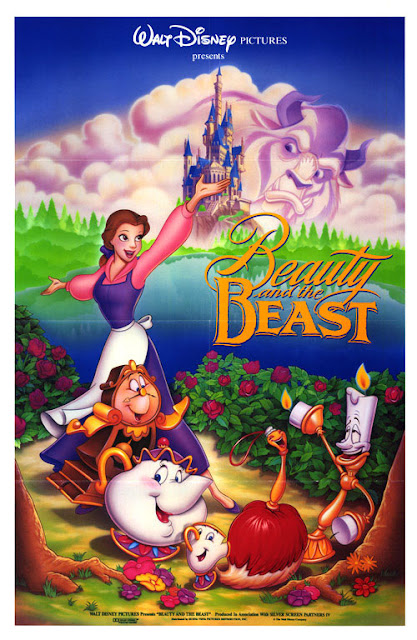 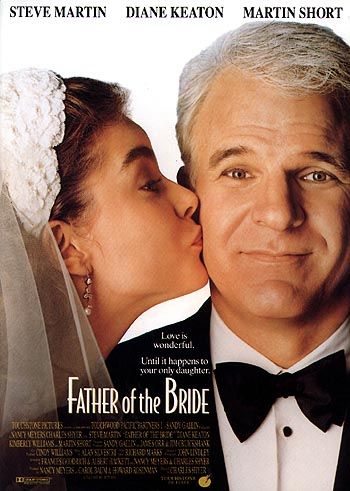 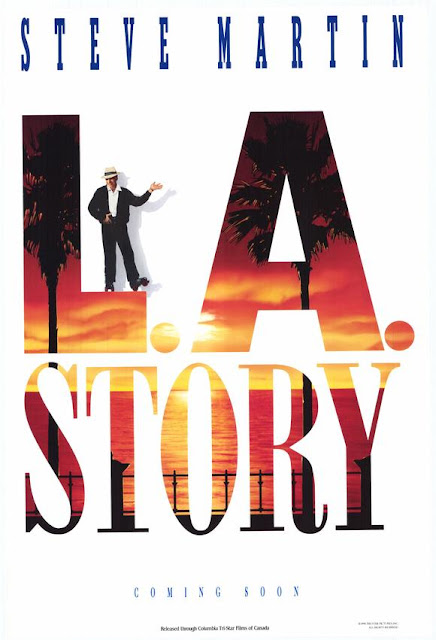 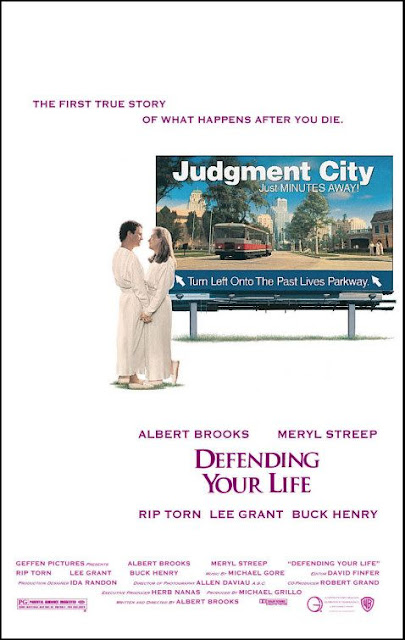 and my choice for number 1 movie of 1991
Terminator 2 1991 10 out of 10
James Cameron's best film.....About as good of an action flick as you can find.
Relentless action and cool special effects. 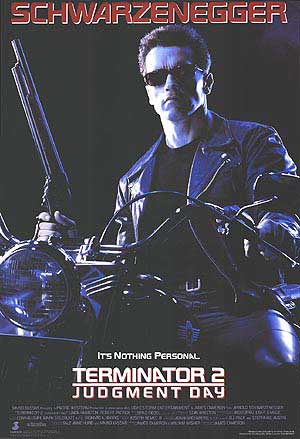 Quote of the day   "Chill out dickhead"
Posted by brad chowen at 4:20 PM No comments:


The Big Beach Party and my little Land Shark attack  and Shark Theme --was all a part of the Attack of the Land Shark Project.....so finally I got around while sitting at home sick today to put together my review of the 2 movies that were shown at the party....I was going to  try and catch up on some movie reviews  since while laying in bed the last 2 days falling asleep during movies because of Leftover Turkey overdoses...I watched about 5 movies....But i felt i had to get this old promised blog out of the way first..  So  I give you  Shark Attack 2  and  Hammerhead:Shark Frenzy -----the best of the bad Shark movies......SO BAD its GOOD!


Hammerhead Shark Frenzy  2005  8 out of 10
NETFLIX  Description:   Kicked out of the mainstream scientific community as punishment for his wild ideas, a brilliant scientist has set up shop on a remote island, where he conducts experiments in stem cell research and DNA manipulation. But his most recent experiment -- a hybrid creation that's half man, half shark and able to hunt for food on both land and sea -- is a real killer. And the only way to stop it is to destroy it. Jeffrey Combs and William Forsythe star.

The crazy Dr. invites the investors to show off his experiments progress and things go terribly wrong of course…The weird thing is this movie turns more into a low budget action movie—with the director wishing he was Michael Bay and blowing up whatever he could….

"I don't feel very safe up here" Sharks don't walk on dry land" ---or so you think---but halfman half sharks do..

Combs has a slew of great Evil Scientist lines like
"Don't worry, my son. There's plenty of time to feast. "

"Where there is a chopper there is usually a radio"

This movie is so terrible that it is great.... The Half man/Half Shark.. always seems to be near them whenever they are near any body of water....The story is all over the place --like the director just wanted certain scenes regardless of whether they made sense plot wise....  a True Camp classic  --with Jeffrey Combs doing his best performance since Reanimator
The Hero is a sweaty old guy that would normally be like a guy with one line dressed as a security guard in most other movies

Now on to the Shark movie that rips off every other shark movie
Shark Attack 2  2000   7
NETFLIX Description:    A biological experiment goes awry once again, this time releasing a gaggle of mutated great white sharks with a taste for human flesh. Shark expert Nick Harris (Thorsten Kaye) is on the case soon enough, leading a crew to study the underwater monsters and eventually bring them back into captivity. But Harris's plans hit a snag when rival Australian shark hunter Roy Bishop (Daniel Alexander) is called in to tame the menace.
There is blood in the water the movie starts out with you guessed it a Shark Attack …2 Girls are scuba diving one gets shanked by a shark..
You see Water World is set to open in 7 days ----And this movie is about to rip off every shark movies ever made before it…
We are going to need a bigger boat --It's only a model

Then we find out the sharks are genetically mutated (Deep Blue Sea)
48  minutes in the Jaws scenario arises (Yes they urge them to close the beaches --but "You want me to shut down the beaches…..What about the surf competition ----I'm not going to go to the sponsors to tell them to cancel because we have mutant sharks –this is insane" Exactly
Now we move to the surf competition or Chum..    Here are the main characters sitting on the beach waiting for the carnage to begin

All in all---this movie effectively rips off  every shark movie ever made.....Good   (really bad stuff)
Here is the trailer

--if you like SO Bad they are good movies......check out these 2  from the shark genre.

Posted by brad chowen at 3:58 PM No comments: