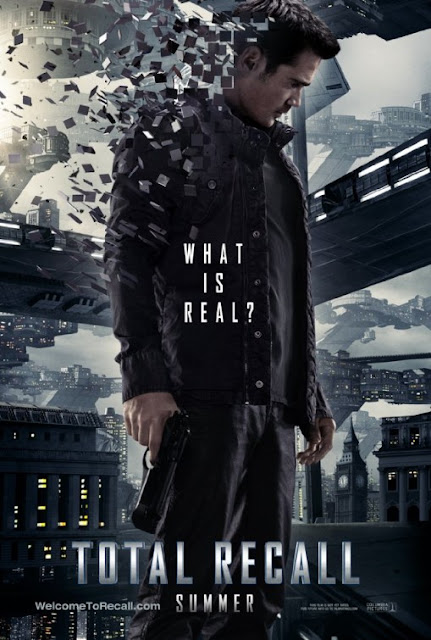 Watching the new Total Recall was like going The Magic Kingdom when you have grown up going to Disneyland your whole life.  It is fun and everything was really  familiar --but somethings are in different places,  the  Pirates of the Caribbean is missing the drops and you can't find the Indiana Jones ride at all.  It feels like if you had never been to Disneyland you would love it ---but since you have all you can do is compare it.  On its own the new Total Recall is a good solid Sci-Fi action adventure movie and if the original with Arnold hadn't existed I probably would have liked it even more.    However the  original does exist  and was a classic and the question as to why they even remade such a classic is one that will probably be asked for awhile.   Why not just do another Phillip K Dick book rather than redoing one that had already been done right.    Phillip K Dick books all have very similar  themes and subject matter and I'm sure more of his work would be worth bringing to the big screen.    Watching the new one was like watching  the remake of  Halloween or Psycho---you just wonder why?    Why not just watch the original again?   The script was so similiar that the only thing new about it was the special effects which were great.  As a result of this there were no twists or turns from the original as it follows the essence of the story so closely.    While watching it I was conflicted as to whether I should be enjoying it or whether I should just turn it off and watch the original.    The cast did a good job,   Kate Beckinsale takes over the role of Michael Ironside and Sharon Stone's wife character from the original as a combined character.  Collin Ferrell does a good job --but seriously  Arnold's  shoes are too big for him to fill. Jessica Biel is good as well as the agent that Collin Ferrell teams up with.  All in all it was a good film,  but if you only see one Total Recall watch the one with Arnold.