Actually I was quite disappointed to see that they were not as many true Lawyers as I expected to see….They were much harder to spot this year….(maybe they are nearing extinction?) If so I say "Save the Lawyers"
What is a Lawyer ?? The definition I got from online reads "one who works at a Law office." -but that is too general---I mean I wouldn't lump the average teen that works at the OC Fair in the summer as a Lawyer……No a Lawyer is something that has to be earned from years of traveling with the carnival rides from county to county.. The males of the species can usually be spotted by the dirty appearance—a slight drunken stagger to their walk ---and mustache –(essential to any true full fledged Lawyer..) Sometimes you may see a Lawyer in training (or a Lawyer Padawan learner without the mustache---that is because they have not been given the full rank of Lawyer just yet----they must first go through the Lawyer trials--but I will save that for the LA county fair)
Anyway here are a few examples of some Lawyers from the OC Fair…(Yes parents ---this Drunken Lawyers operating the ride that spins upside down that you just placed your 8 year old on ---is probably the same guy that tightened the nuts and bolts on said ride a few days ago when the Lawyers  rides first came into town after a three day bender of the cheapest alcohol he could get with sun wrinkled Lawyers hands on)
Here we see a Lawyer  in his natural habitat This one still has a full set of teeth a rare sight in the carnival world


Lawyer not pictured  for Legal reasons....


Here we see a typical Lawyer----Notice the dark shades to hide his hangover.. He is sporting the vintage Lawyer mustache---and is probably one of the leaders of his Lawyer clan….


Lawyer not pictured for Legal reasons
This Lawyer was clearly staggering as he sat back down in his chair I guess he started early today…..He is Sporting the Tom Selleck Magnum PI Mustache---still believing it to be in fashion since it was the last day he was somber back in the 80's …(He not only runs the ride BUT HE TIGHTENED THE BOLTS ON IT)
Here is a Recovering Lawyer ----ok so he is still has one foot in the Lawyer world –but he saved enough money from his Lawyer travels to open up his own Pirate store.. 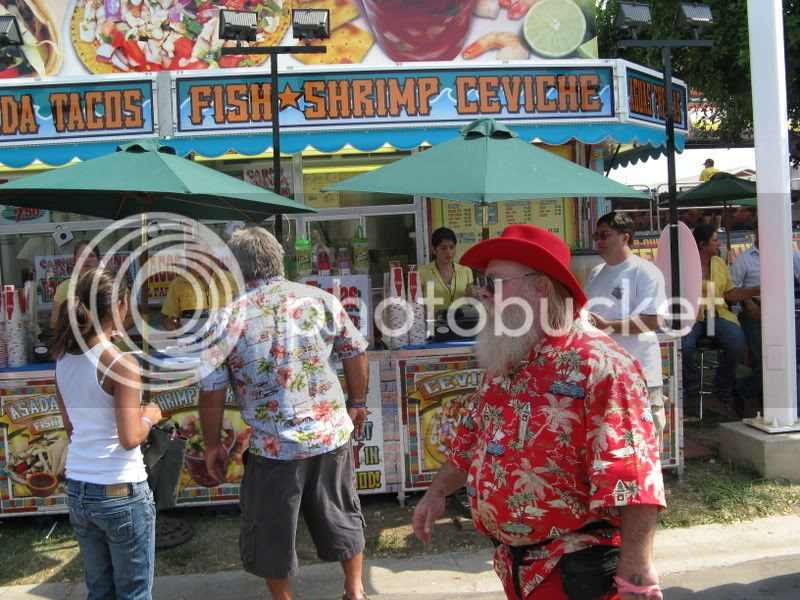 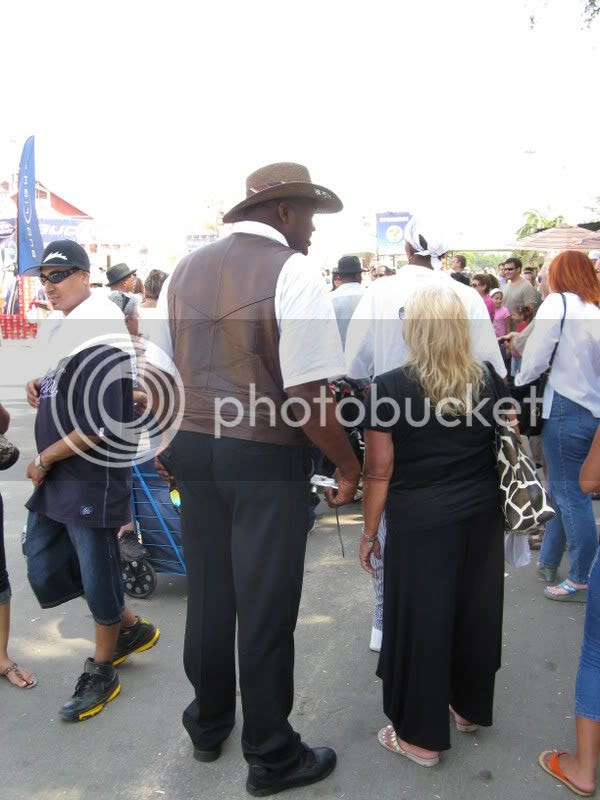 Now I give you the section I like to call "Shit I don't need" From the Carnival of Crap (I mean Products)   Once again I'm sorry if I offend anyone that has these products or will buy them in the coming weeks...One man's  Crap is another man's treasure..
"I don't need this shit"  Gordies Goodies and Belt Buckles----Just because you call it a Goodie doesn't mean that it isn't crap 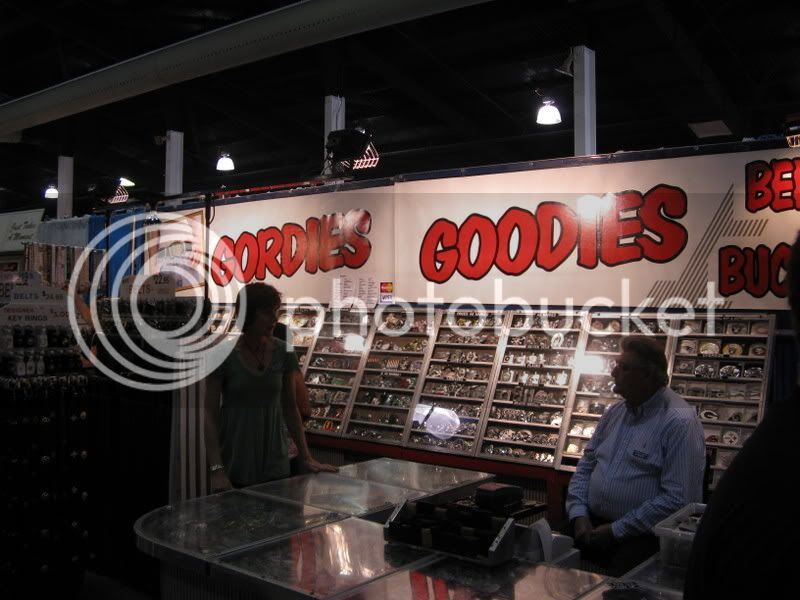 "I don't need this shit"  You aren't going to fool me with your blinking and flashing lights that can supposedly analysis my personality...(And apparently nobody else is drunk enough this early in the day to be fooled either)  This booth is here every year. 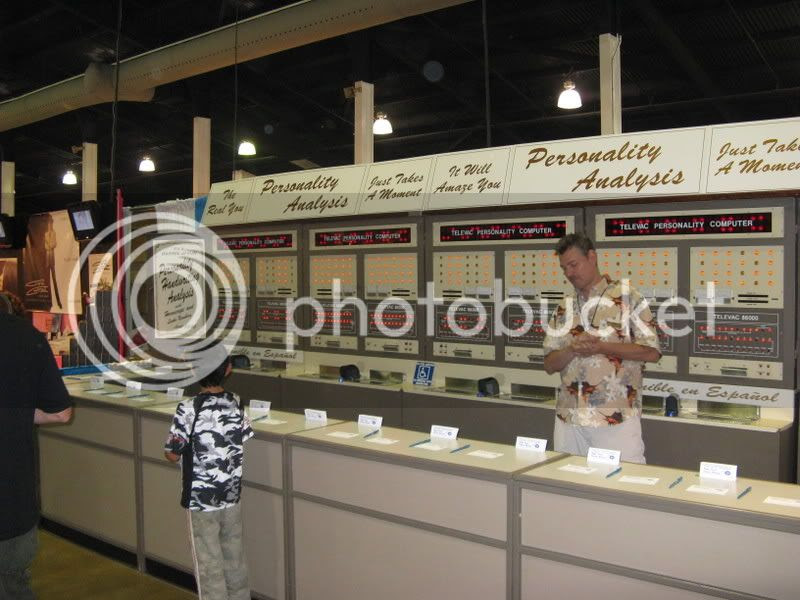 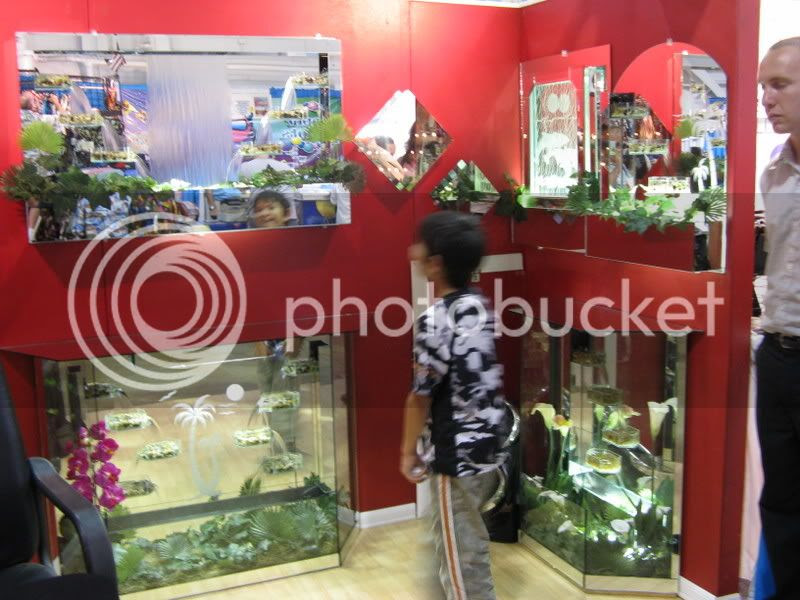 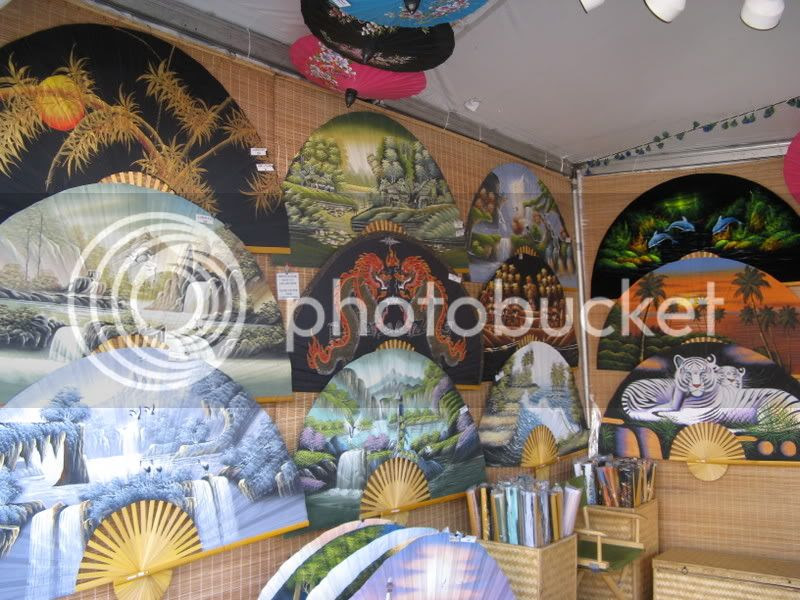 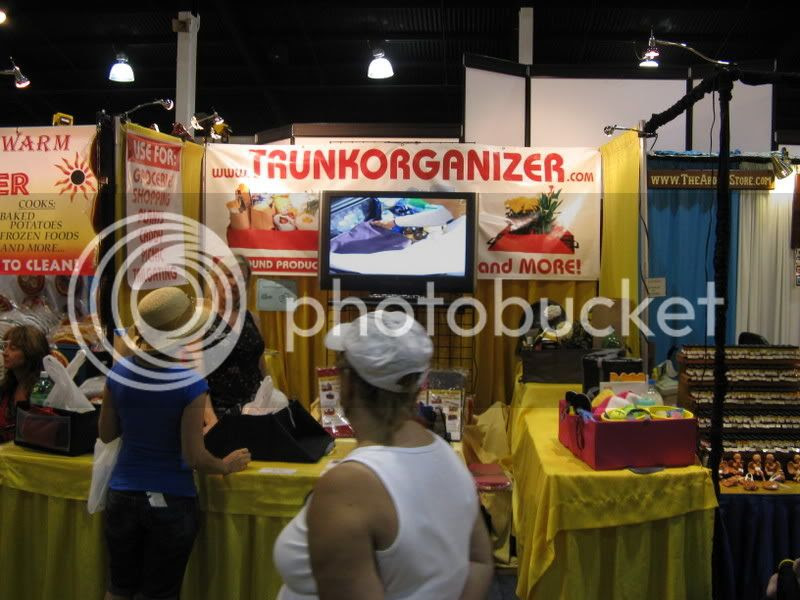 "I don't need this shit"  I just hate it when my tortillas get cold----Oh that is just the worst ----but with  Tortilla Warmers I won't have that problem anymore.....Plus as a bonus it Rejuvenates  your Biscuits 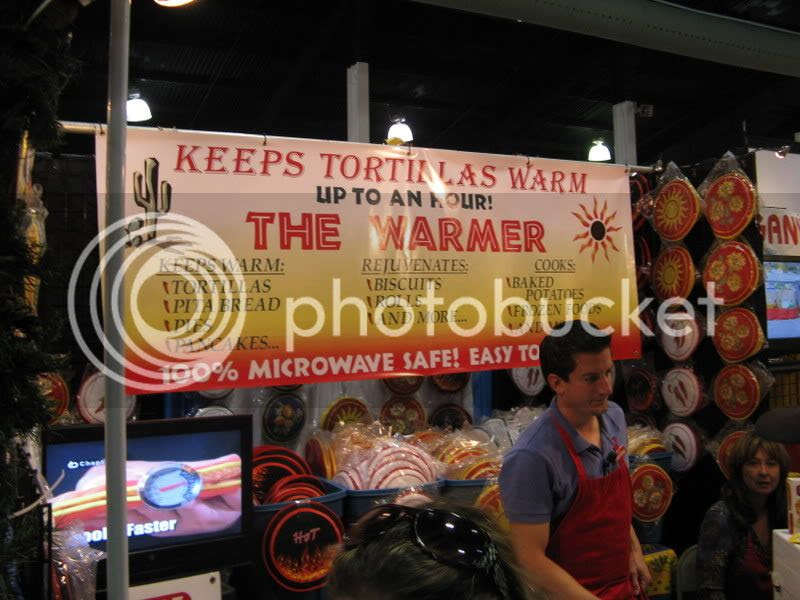 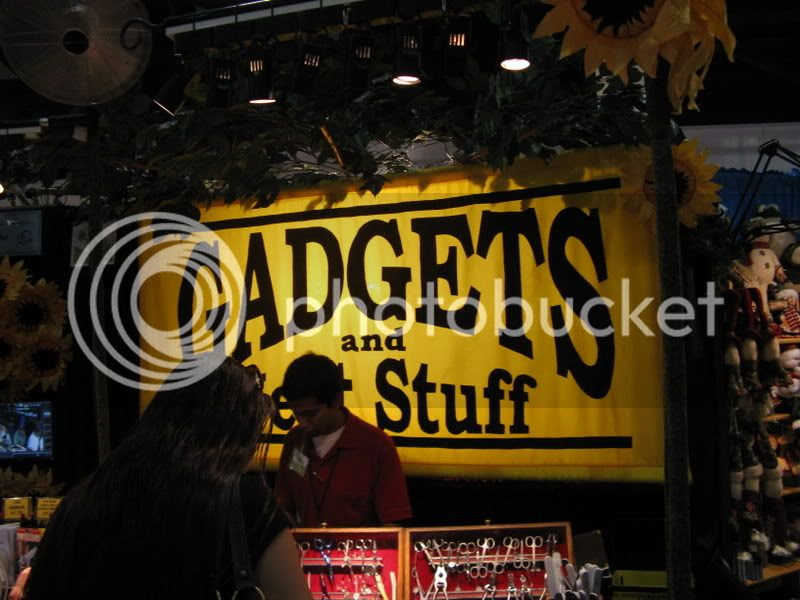 The best random guest quote of the day by a passerby   "It's just the same shit they had last year"    Duh  ---welcome to the fair.
Is it just me or are all mops and Super shammies sold by loud  guys with Australian accents.... 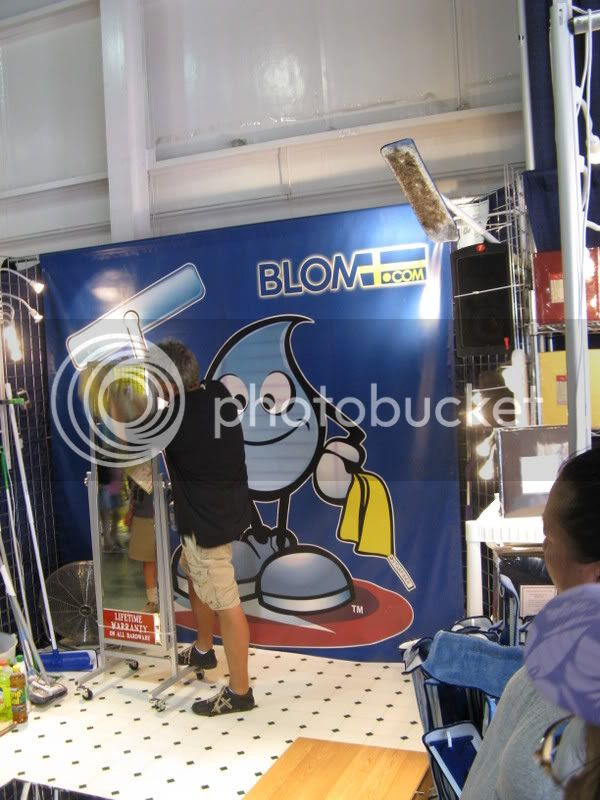 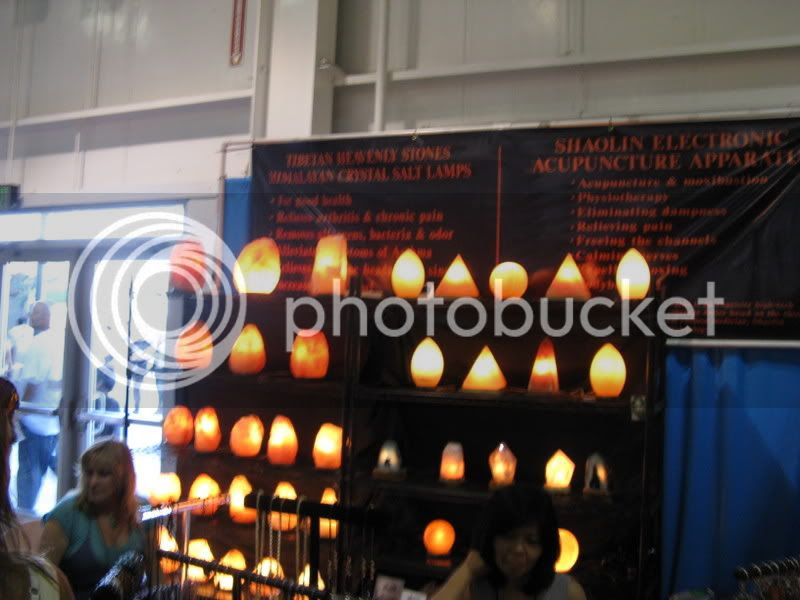 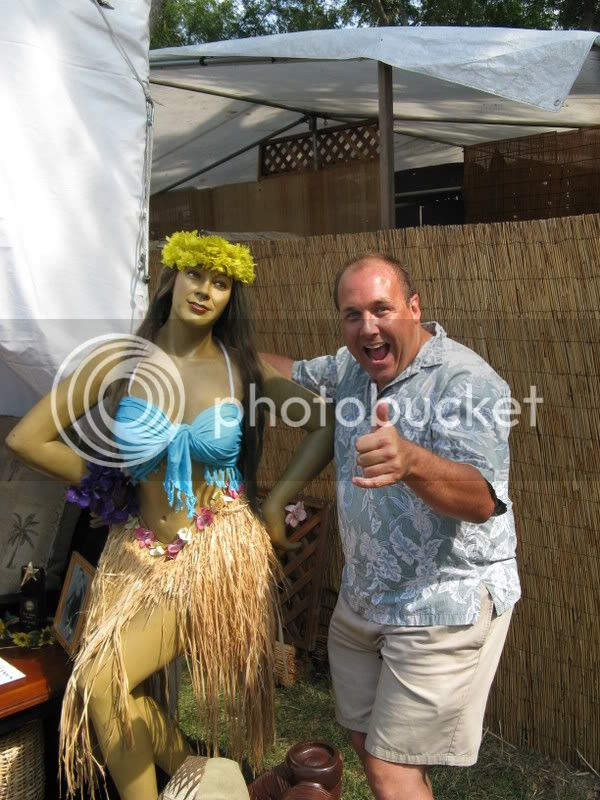 Refreshment stop  --It was almost like we were on vacation....i tried to ask the staff person if non-hotel guests could use the pool but i don't think she spoke English. 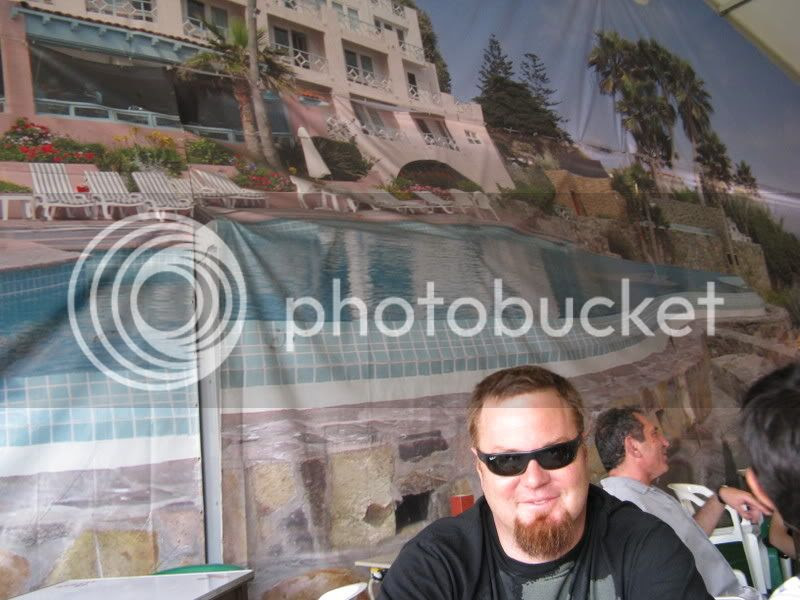 The theme for this years Fair is  "SAY CHEESE" 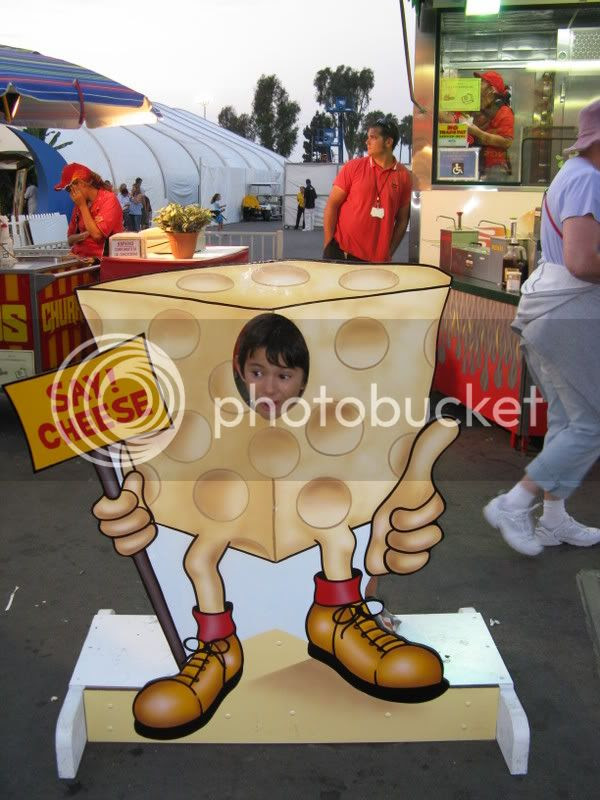 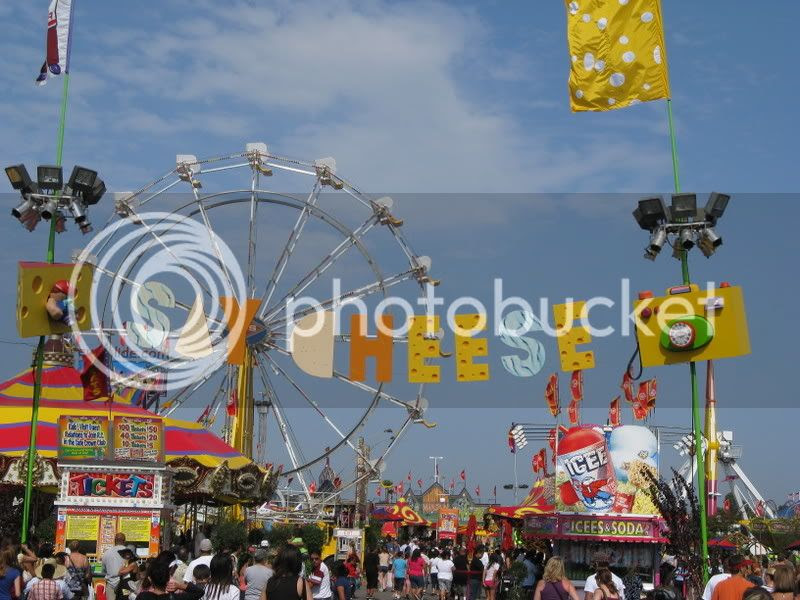 How many varieties of cheese are there you ask? 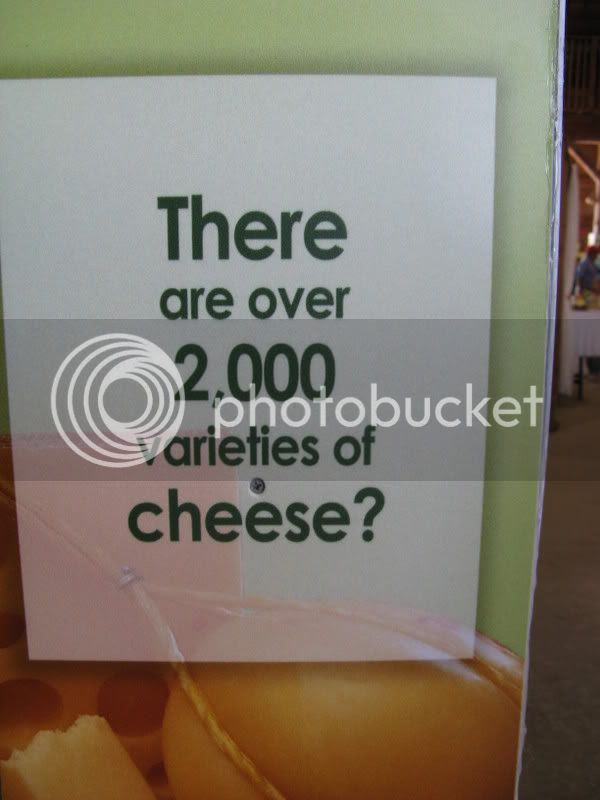 The That is what she said award winner for the day 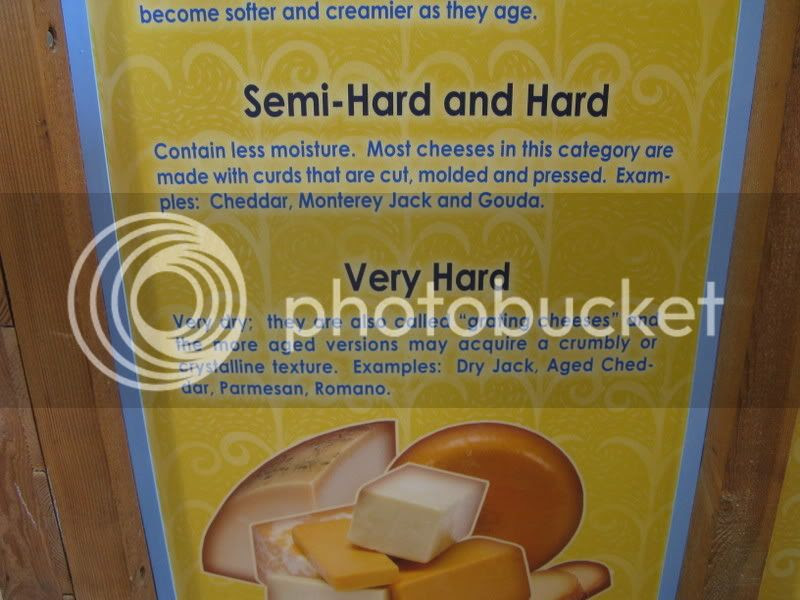 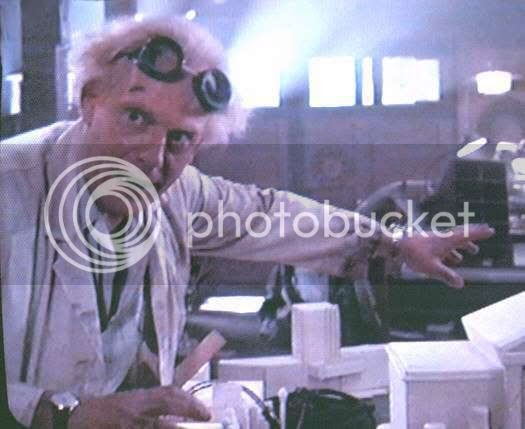 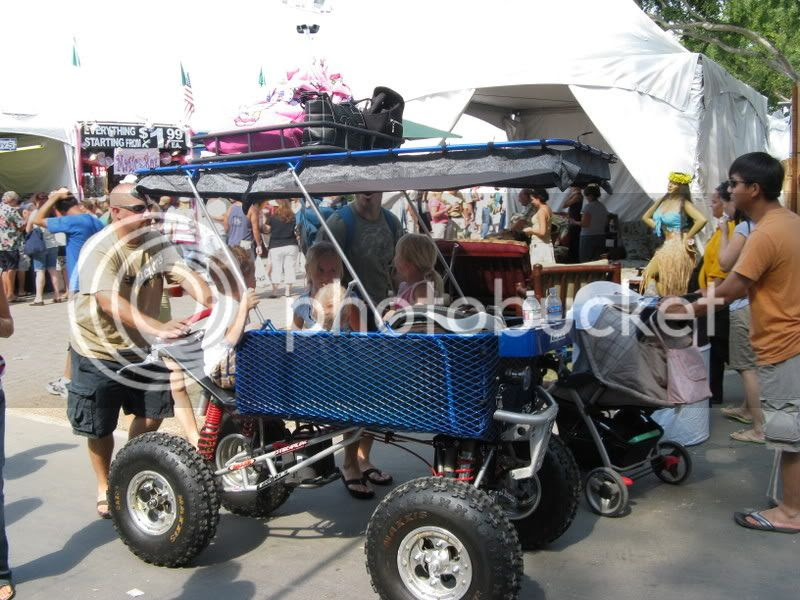 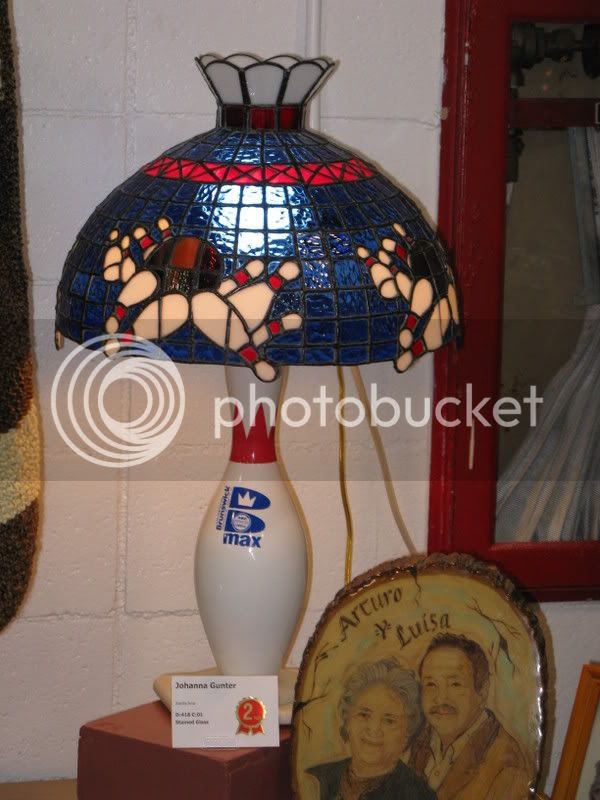 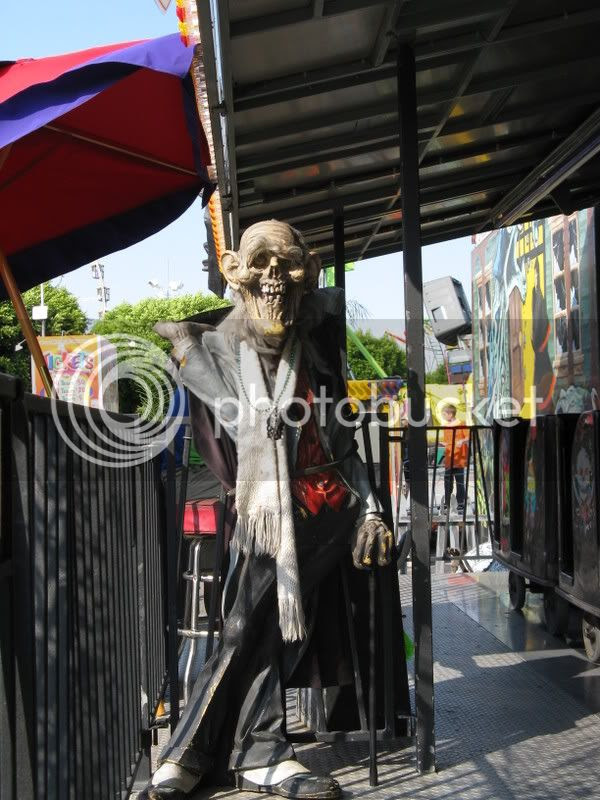 Which had the worst  Haunted Mansion rip-off ever 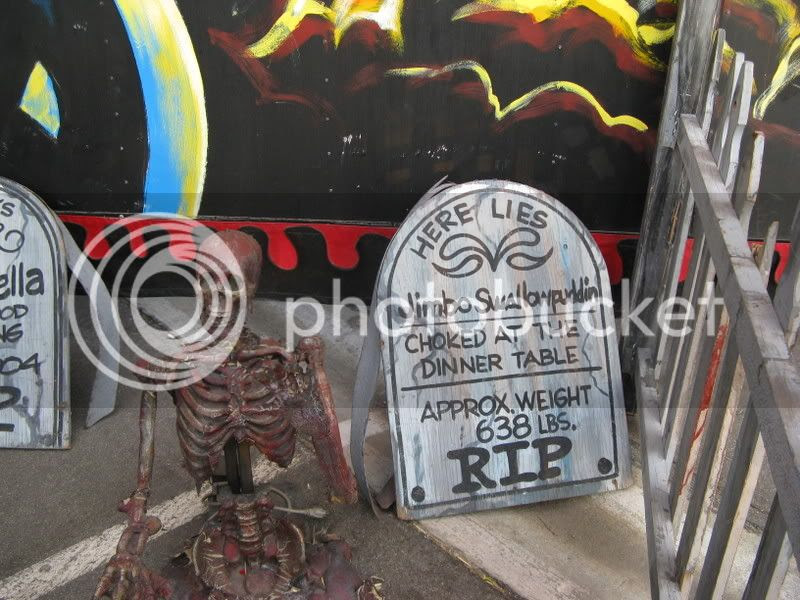 Random Observation   "How much longer can Dipping dots claim to be the Ice Cream of the Future"   shouldn't they have taken the Ice Cream of now title by now?
werid crap people collect......This year the weirdest was a shrunken head collection. 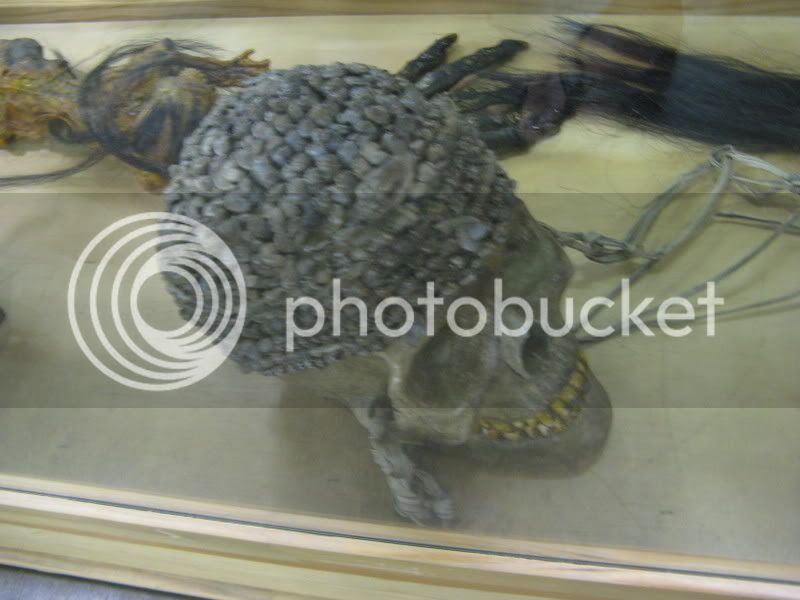 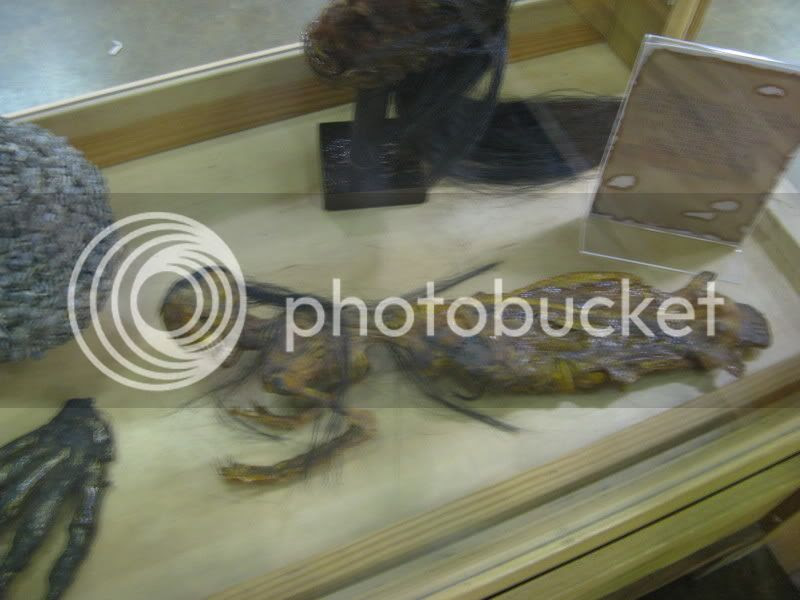 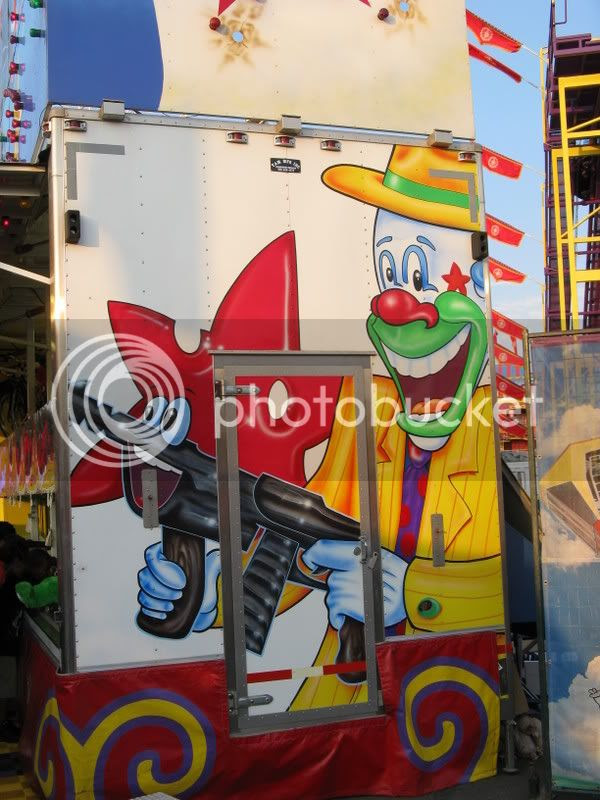 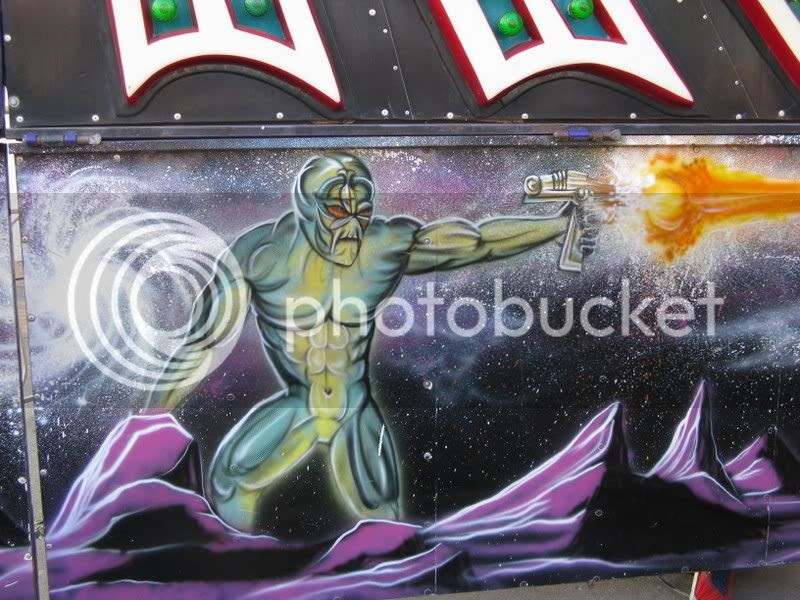 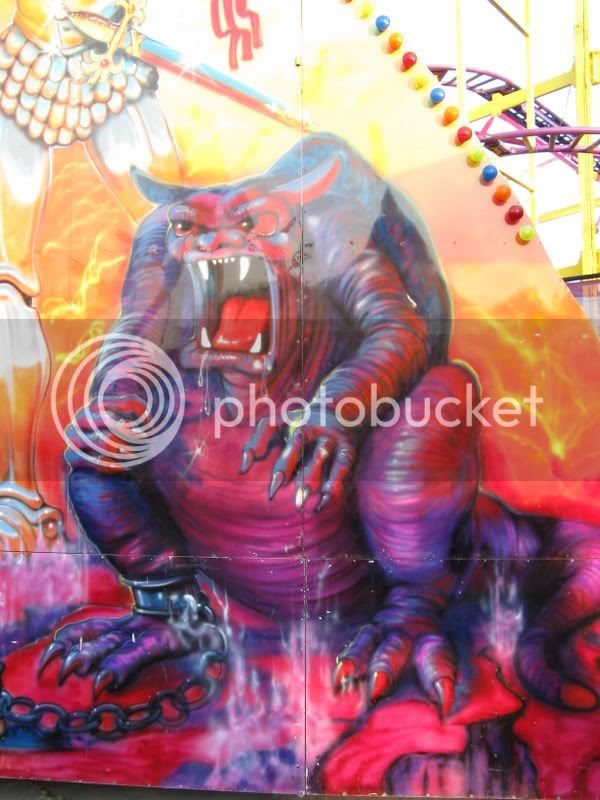 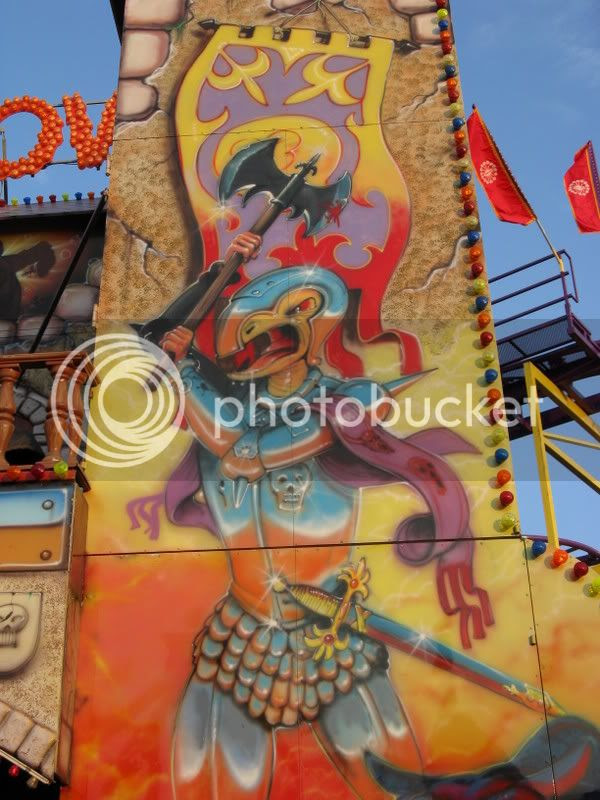 Ok so long to the OC Fair for now---i may go back with another friend and hunt down some more Lawyer--(I'll bring my Lawyer tranquilizer gun and see if we can capture a live one)
Posted by brad chowen at 12:58 PM