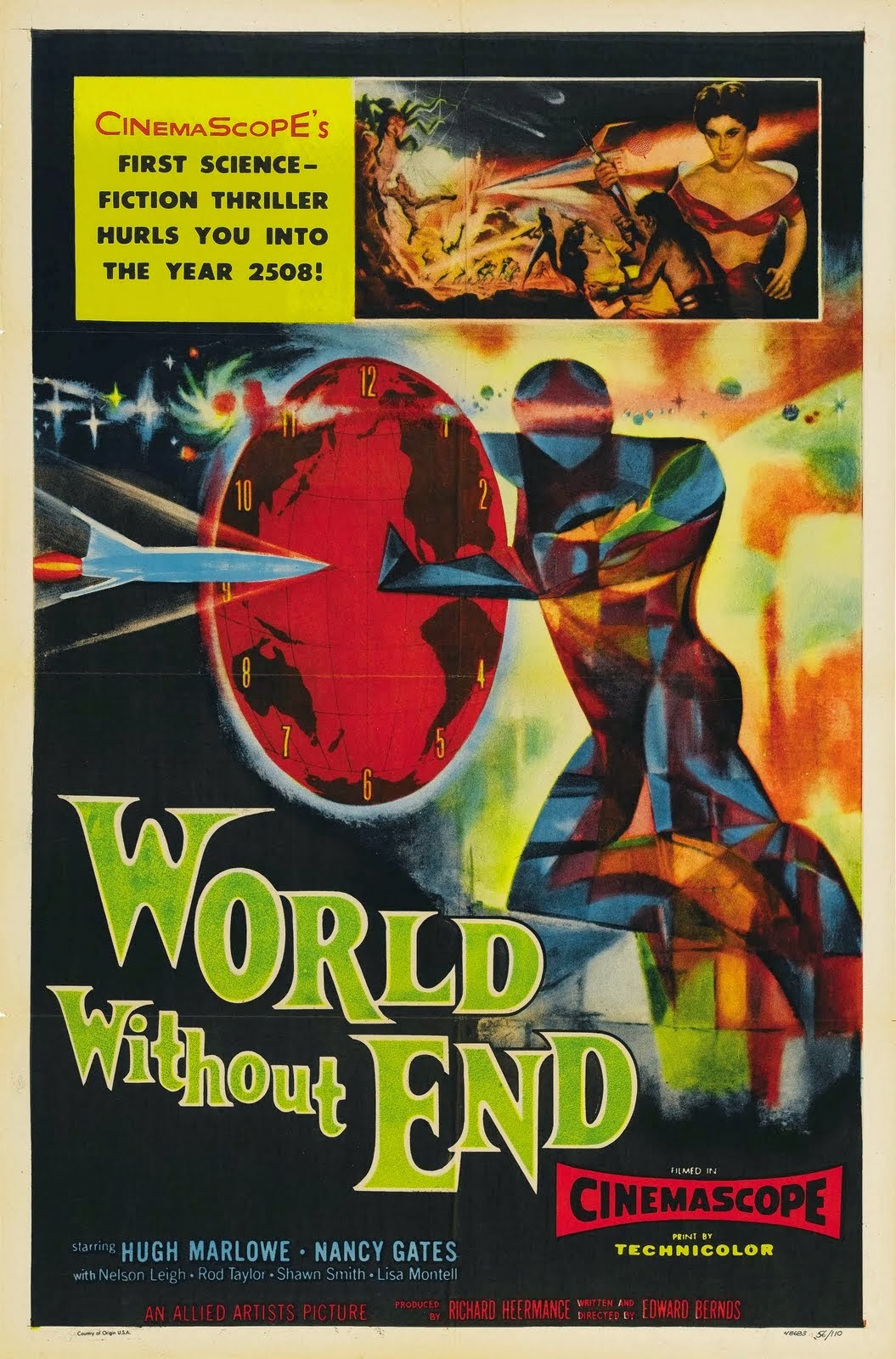 The movie plays out like many Twilight Zone and several Star Trek episodes I've seen before .  Four Astronauts are returning from Mars and are propelled through space and crash land on a planet.  After exploring a bit they discover that they have crash landed on Earth  (but not Earth as they knew it).  Instead it is an Earth with some mutants in bad makeup on the surface and some meek dorky dudes in colored head gear living below the surface.  It is a very typical movie of the era that follows a similar theme to many lost civilization movies.  The main characters don't just assimilate to their new circumstances, but instead insist on rebuilding the society they once knew.   If I were them I would have just been content living in the underground city with the hottie futuristic space babes that seemed to like the astronauts over their own meek  men, but no they had to go and fight off the mutants in bad Sci-fi makeup.    It was a decent sci-fi film with a good yet often seen sci-fi elements.   A time travel precursor to what would be Rod Taylor's big break out role The Time Machine, which has similiar themes several years later.