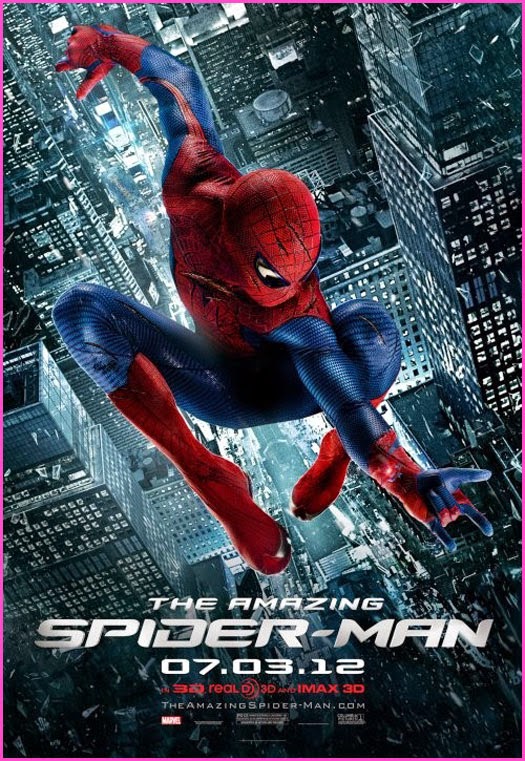 I don't mind sequels in fact there are many sequels that I'm exited for inculding the upcoming Jurassic World and Star Wars films. What I can't stand are unnecessary Reboots.   Reboot to me is like a bad word and is probably the reason I skipped this movie in the theaters.    Spider- Man starring the underwhelming Tobey Maguire came out in 2002 and had sequels in 2004 and 2007.    Then in 2012 they decide to reboot the series?    We already know how Spider-Man became Spider- Man,  just like we already know how Superman became Superman.   Rebooting a franchise that was only 5 years ago is a stupid waste of time.  Just tell a new and interesting story without rehashing things we already know.

The Amazing Spider-Man failed to entertain me because the first half of the movie is just a retelling of how Peter Parker became Spider-Man  (been there and done that already).  Seeing his origin story again left me disengaged and uninterested in the rest of the movie.   If the previous Spider Man hadn't existed I may have felt differently, but it was just too much of the same thing all over again, like watching the Psycho remake.

My favorite movie of all-time  Raiders of the Lost Ark never even bother to establish an origin for the character.  We just joined Indiana Jones in the middle of one of his adventures and that alone set up who the character was.  James Bond is another great example of this--- in fact they can even change the lead actor and just jump right into an adventure.    I just can't understand why some of these well known and already established franchises feel the need to reboot and tell the same origins story all over again.   Ok....we get it.... (non spoiler)  he was bite by a Spider and got powers and  his uncle dies and he is wants justice for him ....move along.   Stop wasting my time telling me how Superman came to Earth or Spider-man got bite and just tell me a good story already.

The movie itself was alright --I've just seen it already.