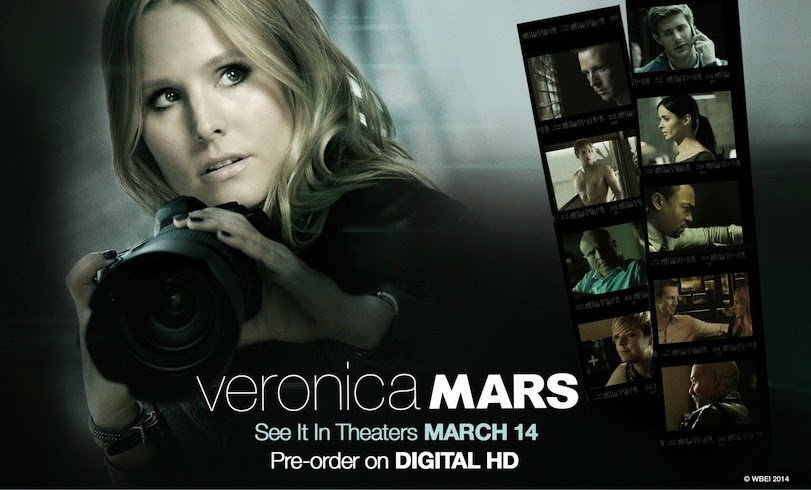 The Veronica Mars movie was basically a love letter or thank you note to the fans of the TV show.

Funded by a kickstarter program it delivered pretty much exactly what you would hope for as a fan of the show.  It featured tons of characters from the show and it centered on bad boy Logan Echolls getting in trouble again and calling Veronica .  Veronica  has moved on with her life back and is a big city lawyer, but gets sucked back into everything she left behind again.   Veronica  returns to her hometown of Neptune during her reunion weekend to try and solve a murder that Logan is being blamed for.   The plot works excellently for fans of the show as it brings everyone back into familiar territory.   The mystery is decent,  although not as good as some from the show itself .  Those mysteries could last for an entire season and with a movie you have to solve it a lot quicker than that.    I enjoyed the movie being a fan of the show, but  could see how someone that didn’t know the entire history of the show would be totally lost.  It caters to its fans and not a wide audience, since it relays on knowledge of the shows history throughout the movie.   I’m glad I got to take this journey down memory lane with Veronica and the gang---but it probably would have been more suited as a TV movie reunion than trying to put it out in theaters.  It definitely made me miss the TV show and wish there were more episodes.