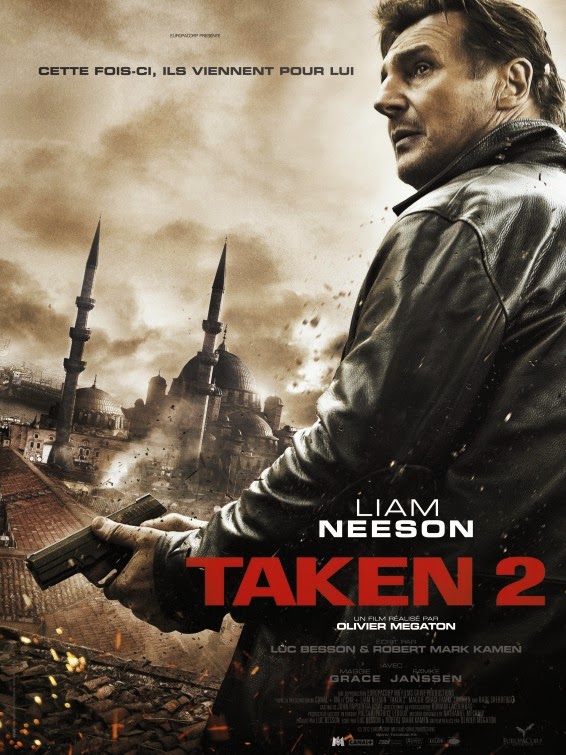 Taken 2 was an extremely simplistic sequel to the superior original which featured Liam Nesson channeling his inner Mel Gibson and rescuing his daughter from sex slave traders,  after she is kidnapped in Paris.   Simple isn't necessarily bad in this case.  In the sequel he and his wife are taken by the man whose son he killed in the original while they are visiting him in Istanbul.  Once again they are messing with the wrong guy.  Liam escapes with the help of his daughter, after she eludes the bad guys back at the hotel.  There are a lot of tense and exciting action sequences and car chases and Liam once again proves that he can play a kick ass action star.  The original Taken is a better film with a more fully fleshed out script, but Taken 2 delivers as a great companion piece.  I hope if they do a planned Taken 3 that they don't put his family in jeopardy in the third adventure and just give him a great adventure/spy/assassin story to go along with the top notch action.
This is my type of action movie....I love when the good guy is willing to do whatever it takes to save the people that he cares about,  even if that means getting ruthless.