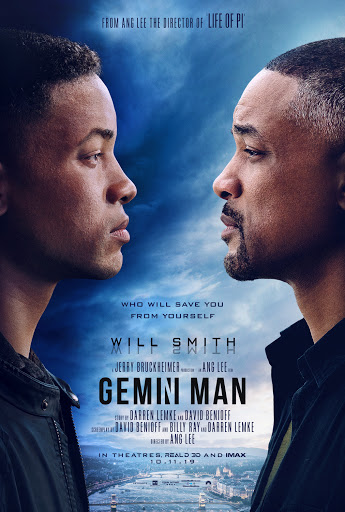 Gemini Man 2019  6 out of 10
Gemini Man is a decent action film that centers on a character (played by Will Smith) who is a super elite assassin who has decided to retire.  The people who he works for don't like that idea an try to take him out as they consider him a loose end.   It turns out the assassin sent to kill him is a younger clones version of himself.
The movie has some fun action sequences and a decent story --but I really had a hard time accepting one point in the film.  They establish at the start of the film that he is such an amazing assassin that he was able to kill a man from a long distance on a moving train and yet when he ends up battling himself both of them have the accuracy of a couple of stormtroopers shooting cans in the desert.   If you can get past that fact which I considered a flaw in the film you may enjoy it.  It is definitely worth a watch at home if you haven't seen any decent action flicks in awhile.
Listen to our Podcast here
http://www.superfantasticterrific.com/
Posted by brad chowen at 8:00 AM