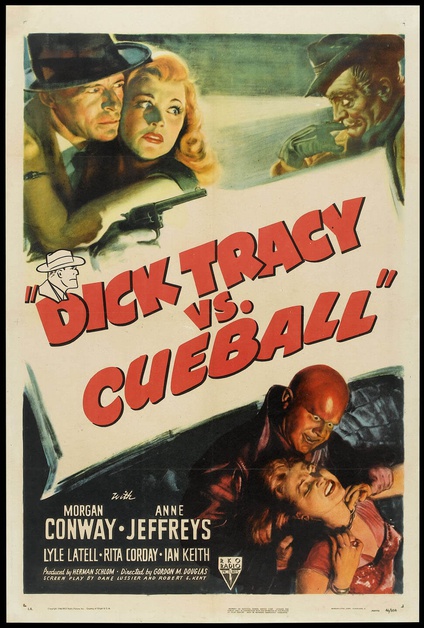 In this Dick Tracy film Dick Tracy goes head to head with a dangerous criminal named Cueball.  You guess it the guy is bald.   The plot involves an expense diamond thief that gets murdered by Cueball before he can fence the diamonds.
This film was my least favorite of the Dick Tracy films on the 50 Mystery movie DVD set.  The villain and story were just not as compelling as the other two films.   The final showdown that features Dick Tracy chases down Cueball was however well done and a strong finish to an otherwise unremarkable film.