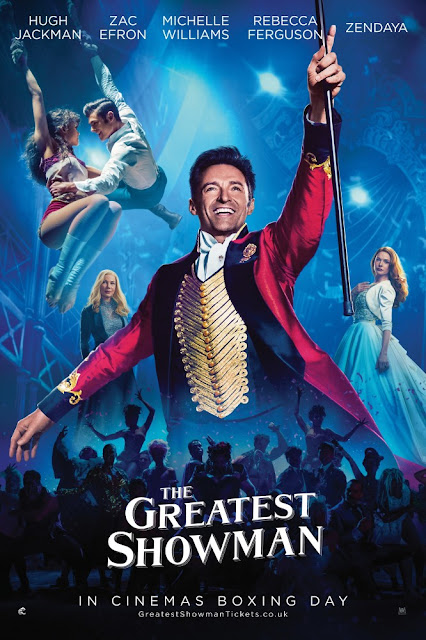 Quick thoughts on The Greatest Showman
The Greatest Showman was kind of a mixed bag for me.  The songs and musical numbers were terrific.  When the singing and dancing was happening the film was mesmerizing.  The choreography was great. The story itself was just average at best.   The story is based on the life of Pt Barnum.  It is ironic that the year this film came out saw the end of the Circus which still carried his name.  The story felt uneven.  It seems like it covers many years of his life –but his kids remain the same age, so the film feels like it takes place over months instead of years.  The film made me want to see the true story of his life (perhaps in a documentary or something).   While this fantasy version of his life was entertaining as musical numbers it just seemed like the true story of his life would be more interesting.     Zac Effron’s character and storyline seemed irrelevant to the main story and felt almost like it was added into the story as filler.  I guess the story just seemed to simple.   He goes from struggling to sell tickets to his exhibit to buying the mansion of his dreams in what seems like a heartbeat.    I also noticed that the quote from P.T. Barnum was some uplifting quote, when the quote he is most famous for is " There is a sucker born every minute."


In my opinion it if definitely worth a watch if you like musicals.
Just enjoy the music and numbers and ignore the lackluster plot.