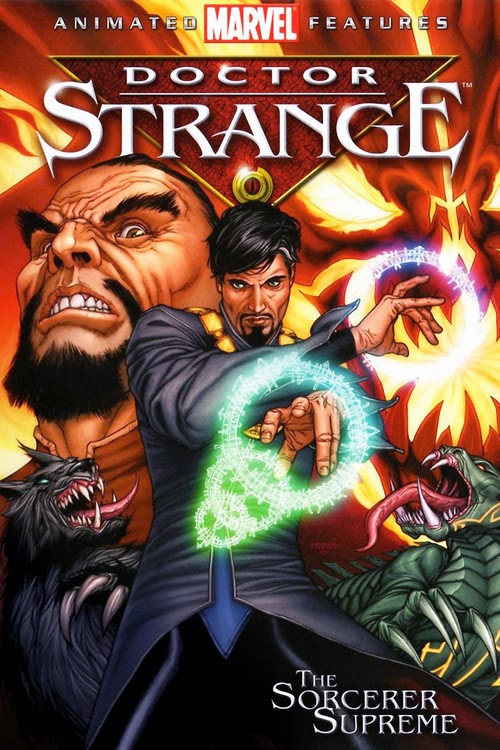 I sure hope the big budget live action version starring Benedict Cumberbatch is better than this  animated movie.  I really hope they don't spend the whole movie telling his  rather dull origin story.   I'm so sick of boring origin stories of comic book characters---get to the good stuff already.  This animated Marvel movie should be called Dr. Boring instead of Dr. Strange.  The pacing of the story is super slow and plodding. The character development was tedious and made the character completely uninteresting.   I was pretty much over the movie before he even started doing Magic.  It was basically a bad Kung Fu training movie.  Maybe I'm just not going to like this character at all --I virtually know nothing about the character--and this animated film left me less interested finding out more.   There was some decent action at the very end --but it was too little to late as I had already checked out of the movie.
Watch the trailer (It is far more exciting then the movie)