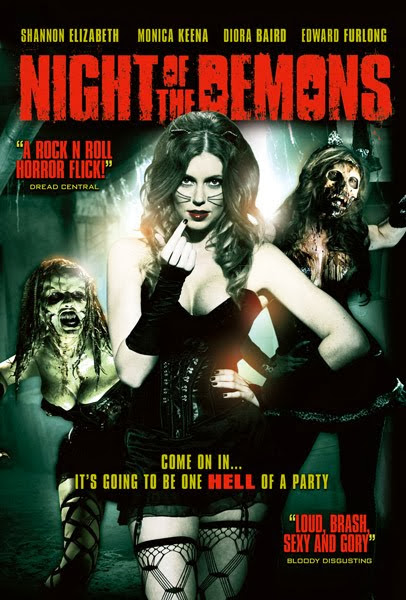 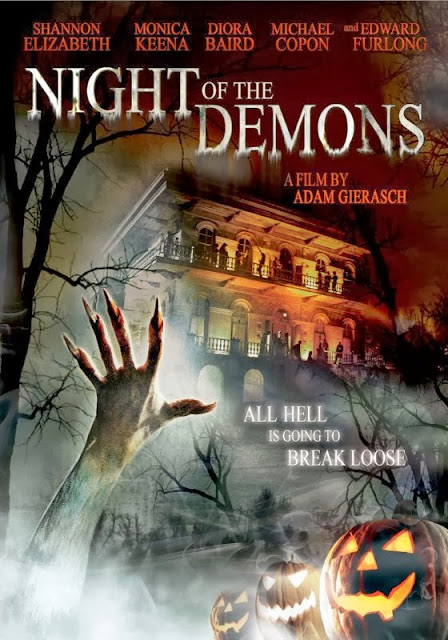 It's halloween night and some sexy college students decide to throw a halloween party in the wrong house.  Having parties in old houses where something tragic happened  years ago is never a good idea.   The first 25 minutes of the movie is basically a bunch of college girls in slutty halloween outfits.  Then the party gets busted by the cops and group of people get left behind and locked inside. They find some old skeletons in the basement and one of them gets bite by one of the skeletons.  She turns into a demon and   one by one the demons try to take over their bodies so they can unleash their wrath on humanity.   It was an okay horror flick if you like watching scantily clad girls in Halloween costumes turning into gory demons.

The movie is a remake of a 1988 Horror movie by the same name that I never saw or have forgotten about.  I guess you could place this movie in the genre of Evil Dead type films (although not even close to as good as that).   The demons are pretty gory and once the possessions start taking place the movie doesn't really slow down for too long between deaths and gore.  It stars Elizabeth Shannon (American Pie) and Edward Furlong (Terminator 2) and Monica Kenna.   It is a decent halloween diversion if you are looking for demonic movie you haven't seen yet.