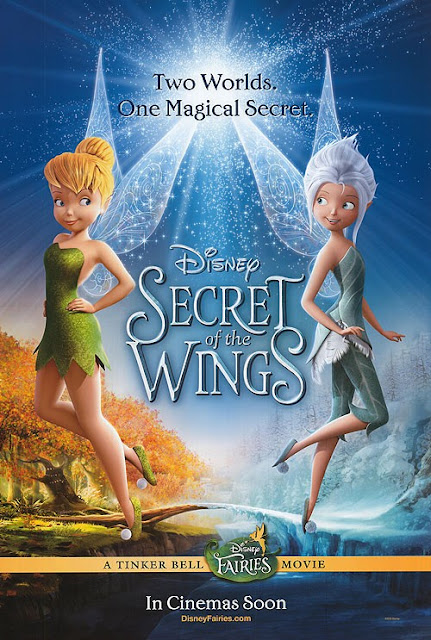 This was a strong entry in the Tinkerbell  Disney Fairies movie series of direct to DVD films.  This movie are totally cute and sweet and little girls and their parents can appreciate them as quality family entertainment together .  The visuals in this installment were beautiful,   as we get to journey into the Winter Fairy realm.  The Disney Fairies series has been able to expand and explore the world of Fairies over several films building a mythology for the world in which the Fairies live --while having interesting villain less films that kids love.  This tale of Tinkerbell finding her sister in the Winter Fairy land  (they were born of the same laugh--too cute) was a wonderfully written and executed adventure and in a year of lackluster blockbuster films that have disappointed I was totally surprised about how much I enjoyed this cute little movie while watching it with my step daughter.
Labeled by many as just a cash grab when the series was announced  (and I'm that element exists to a degree) Disney has actual created a wonderful and imaginative Fairy world with a colorful animated palate.    If you have little girls and haven't seen this movies yet ----check them out.