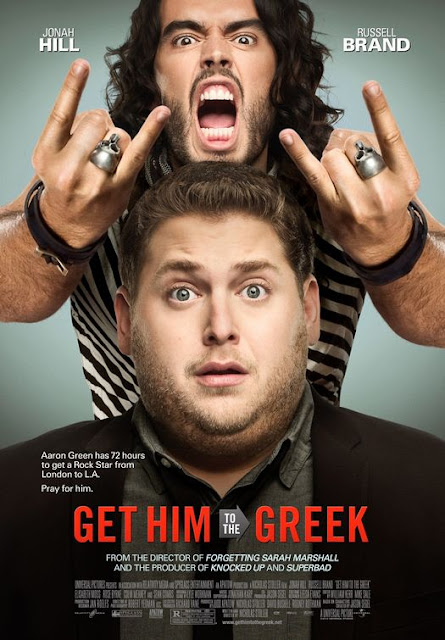 Another so-so average modern comedy.   They just don't make them like they used to.   Starring Jonah Hill as a record company employee that needs to get his musical idol  played by Russell Brand (playing himself as usual) to a big anniversary concert.   Insert drug and partying too much jokes here and absolutely nothing else.  The whole movie is just a series of quotes about how drunk and drugged out Russell Brand's character is....  Hilarious???  NOT so Much.  The whole look at how stoned and drunk I am bit just didn't strike me as funny.   Sure the movie had a moment here and there that had a laugh --but the storyline was just uninspired and predictable and not really that enjoyable.  Russell Brand is a one trick pony and his trick is getting old really fast.

Email ThisBlogThis!Share to TwitterShare to FacebookShare to Pinterest
Labels: Comedy, Get Him to the Greek, Jonah Hill, Russell Brand