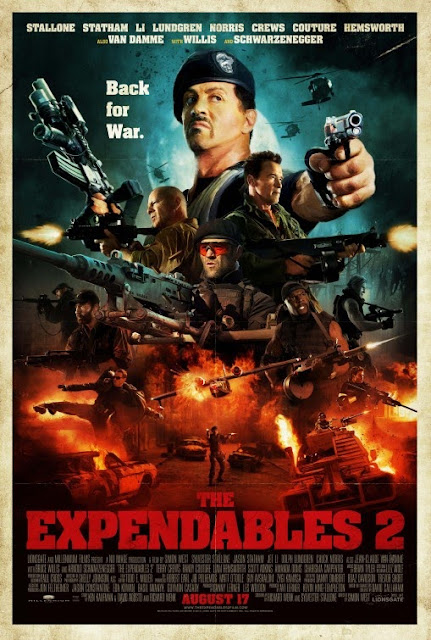 Stallone sure had a great idea.   Assembling the most well know action stars from a different era into one movie.  The first Expendables was an enjoyable film, but number 2 is even better.   The movie knows what it is and executes it almost flawlessly.
It has so much aged testosterone on the screen that the screen itself may blow up.   The film kicks off with a great action scene of the group storming some facility in order to rescue someone.  There are a lot of explosions and kick ass action scenes that make you feel like you are in a 1980's action movie (where most of these movie stars  kicked ass in there own films).   The genius of this film is that it assembles all of these stars together.   Bruce Willis and Arnold just had cameos the first time around,  this time they get to join in the fun.    And this time we also get Van Damme and Chuck Norris.....(Seriously you should be drinking a beer and lifting weights just reading about this movie).   It gets a little cheesy at times  with its self awareness.  The movie references  lines from the actors other roles with a cheesy wink and nod.           I actually loved those cheesy little moments.   For example: The group is taking heavy fire in this town in Russia and all of a sudden an unseen figure rescues them.   He walks out of the debris and we see Chuck Norris and Stallone greets him and there are a bunch of Chuck Norris jokes about his character.   Great Stuff.   Sign me up for Expendables 3 right now.  The 1980's and early 1990's  was the heyday of great action movies and even with some of these actors being older than dirt....they still have it on screen in a weird fun nostalgic way.  The movie doesn't even really need a great plot....because the interaction of this larger than life macho action stars is just as good as the action scenes themselves.    It reminds me of one of my favorite sports shows on TV   Open Court on NBA Tv,  where a bunch of great retired players talk about their heydays.   I'd love to just watch this group of actors sit around and tell stories from the set of their old movies....getting to watch them altogether on screen is a true joy.

Some the of the individual posters are too good not to share.  Here are some of the best ones. 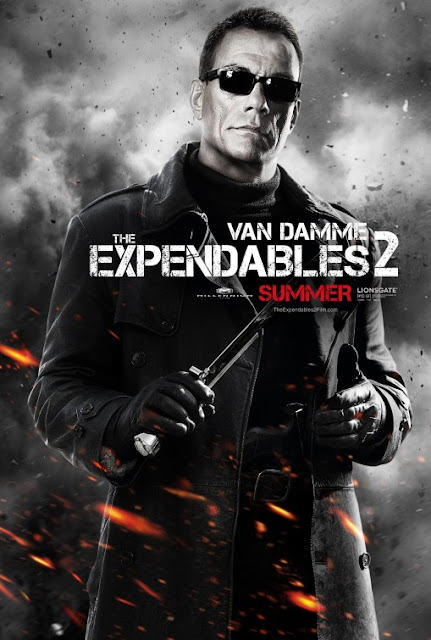 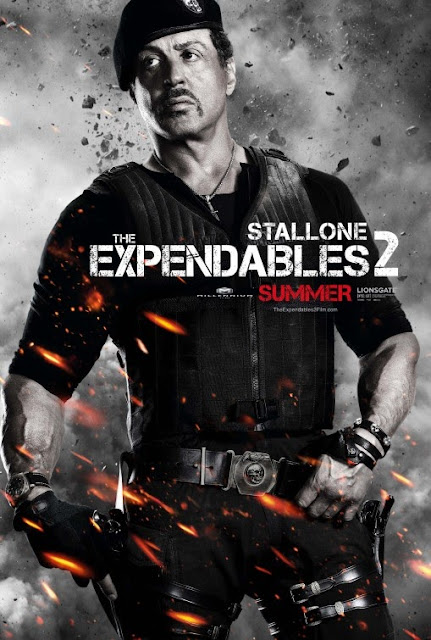 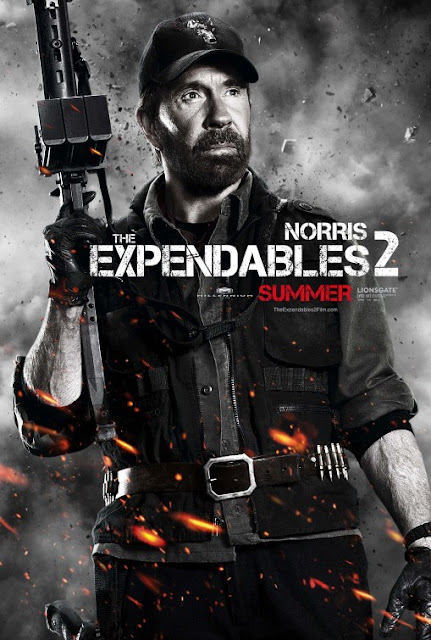 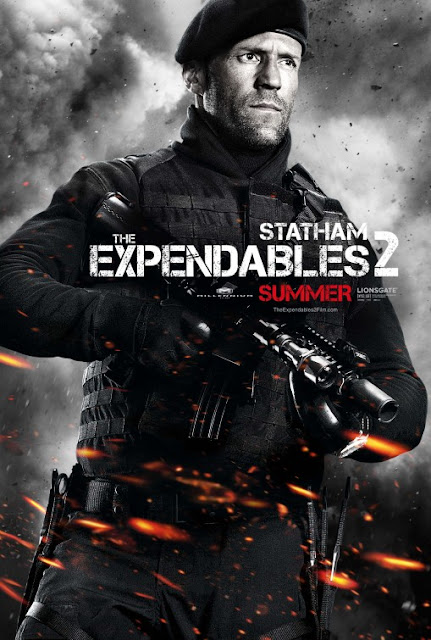 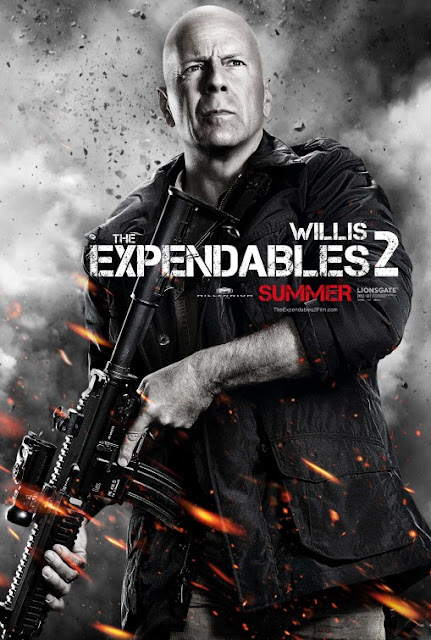 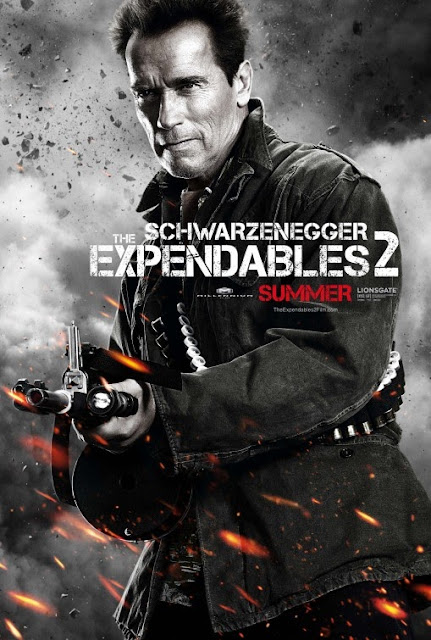