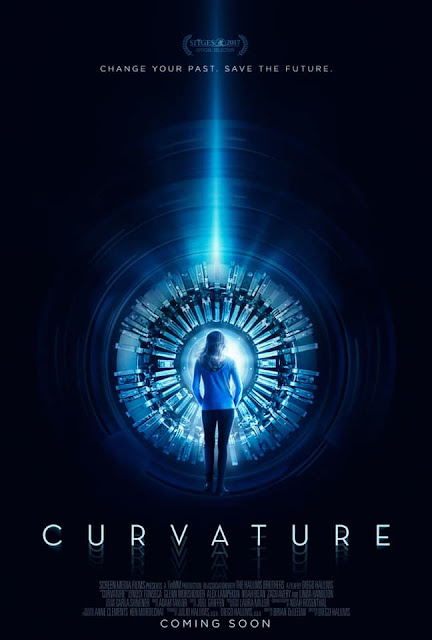 As Time Travel movies go Curvature is a very average film with nothing really new or super interesting to add to the genre.  The film centers on Helen whose husband as recently died from "suicide".   Still grieving she returns to work only to blackout for several days awaking at home where she receives a phone call from herself warning her the someone is coming to kill her.  From here the movie turns into a cat and mouse chase film as she tries to figure things out with the help of a friend.   She unravels the mystery which involves her husband's work on a time machine in which somehow she has sent herself back to keep herself from killing the person that actually murdered her husband.