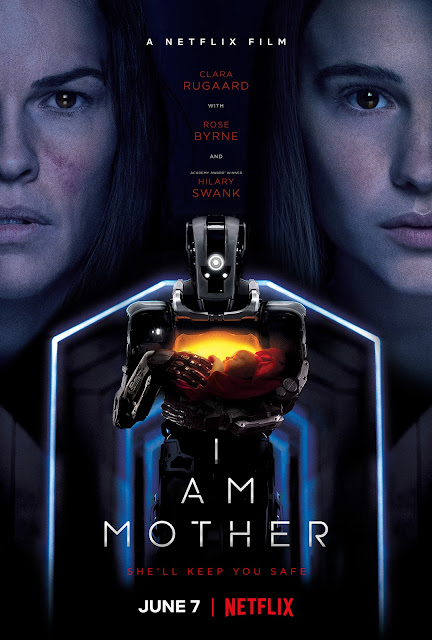 The trailer for this Netflix film looked incredible.  The idea for the movie was really solid.  Unfortunately the film itself was a little slow and dull at times and didn't live up to the potential of the trailer.

The film takes place after an extinction event and follows the story of a robot that is bringing up and raising a human child.  The only contact the human has ever had is the robot which it calls Mother.  Then another person shows up outside of the airlock of their human.   The rest of the movie is a battle for the main character between who to believe the human or the robot that raised her.   Who is telling her the truth?

The premise of the film is cool, although it feels like it borrowed from the recent Lost in Space as little.  Although the concept was good it just didn't grab my attention as much as I thought it would.  I also felt that the main character too easily put her trust in a random stranger over the robot that had raised her.  That just didn't ring true to me.