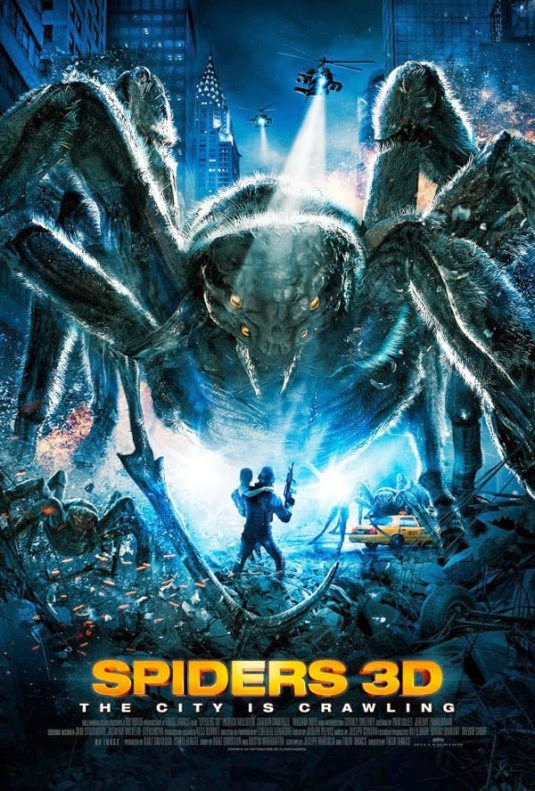 
A meteor crashes through a Russian space station and brings with it a secret government experiment into the subways of New York city.   About 40 minutes into this giant spider movie I was having a Jeff Goldblum moment and was about to ask "You are actually going to have giant mutant spiders in your giant mutant spider movie? ".   The movie gets off to a slow and misguided start as the entire first half of the movie is wasted on a secret government  military experiment storyline that is later dropped.   Yes the government is responsible for the giant attacking spiders and the main characters spend most of the movie trying to escape from the government.   The movie was definitely heading to dudsville even when some big spiders began to show up and there is a cheesy battle between Patrick Muldoon and a spider using a forklift.  Then the stupid scientist that wants to predictable protect the spiders gets killed be them -just like in every movie like this.    The story of the movie never really gets any better as they spend the last half of the movie looking for their daughter in a quarantined zone, but a giant mutated spider does finally show up to wreck havoc on the city.    The giant spider is actually pretty cool and basically single handedly redeemed this movie from being a 4 out of 10  into being a 6 out of 10 as it brought back memories of Ray Harryhausen as it menaced the city causing more damage then the villians in Superman 2.   The Giant spider walked around battling machine gun fire and screaming like Godzilla.   If only the Giant Spider had been in more of the movie to hide its lackluster plot.


What is up with Patrick Muldoon and giant bugs?

This is his third time around running away from giant bugs.   First in the classic Starship Troopers  --in which he doesn't fair so well and then in Ice Spiders  (where he battles them at a ski resort).  Apparently he has never seen a giant bug script he didn't like.