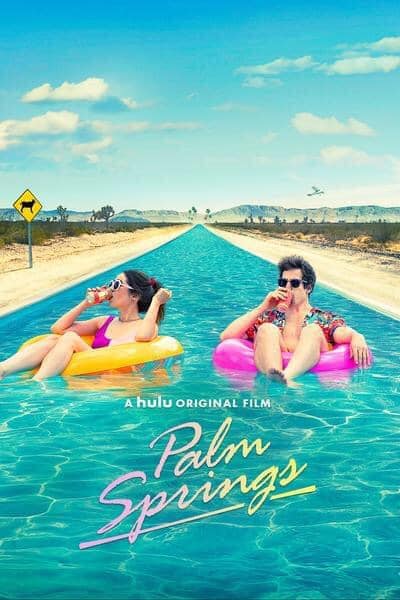 I'm not a huge Andy Sandberg fan --but the second I found out it was a Time Loop movie I was in.   Since 2020 has been such a crazy year and literally almost all 2020 movies have been either delayed or sent straight to streaming this may actually end up being my favorite film of the year.   It plays around with the concept of a time loop in the same way as the movie Groundhog's Day did --except the main character starts the movie out having already been in the time loop for quite some time and the twist is a couple other people have over time become trapped in the loop as well.  The way the movie has fun with and plays with this concept was a delight.  The main character almost just plays around with the world as if he is in a video game because he has been stuck in this loop for so long.   We get to see this loop more through the eyes of the girl from the wedding that he wakes up as a guest of everyday since she is new to the loop.   Just writing this blog makes me like the film better.  This may be the kind of film that I like more upon repeated viewings.   If you enjoyed Groundhog's Day and like Time Loop flicks I would rank this as a must see fun comedy film.

Listen to our Podcast here
http://www.superfantasticterrific.com/
Posted by brad chowen at 3:11 PM