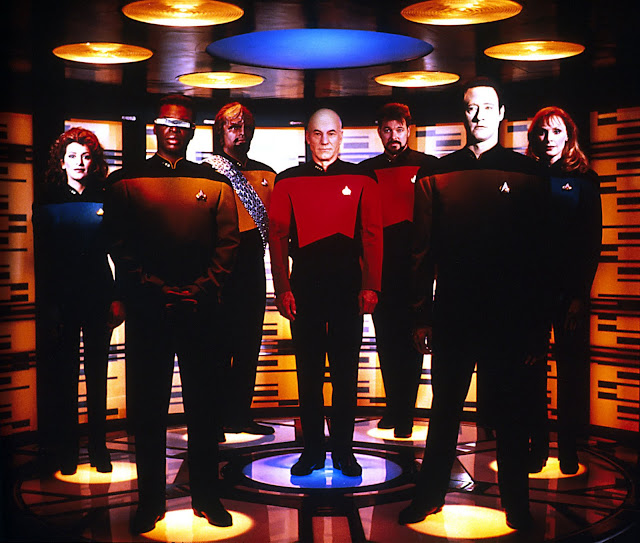 Trekkies will probably right me hate letters for placing this show so low on my list......but it is my list and I'm not a Trekkie.   I never watched this show on a regular basis--too many of the episodes were just boring to me with characters talking ad naseum about recalibrating crystals in order to save the day or getting stuck on the Holodeck.   I grew up with the original Star Trek which though campy was far more entertaining to me.  I loved the humor and character interactions  of the original cast,  something I felt was missing for this version of Trek.    That being said this show did have some really good moments such as whenever the Borg were involved or Q episodes  (which was a throw back to some of the older Trek where they encountered races far beyond our own.)   This series is a landmark series in Sci-Fi TV and needs to be on the list even if I prefer my Trek with Kirk kissing Green Slave girls and fighting Lizard man or getting out of situations with double handed karate chops instead of scientific discussions.

Look for the original Trek further up the list.

Aside from Wrath of Khan (which was great) Why do so many of the Star Trek movies suck?

Why I hated the Star Trek Movie
http://bradgeekness.blogspot.com/2013/01/why-i-hated-star-trek-movie-blog.html