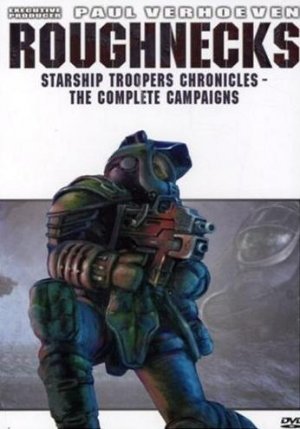 Coming in at number 17 is something you may not even know exists.  There was a cool CGI Animated Starship Troopers TV series that followed the adventures of the Roughnecks as they went on missions to take out the bug menace.  I had to seek this series out.  Some episodes aired early in the mornings on some random channel back in the day and I literally had to wait until the whole thing hit DVD in a set to see the series.   It was a whole lot of bug killing CGI action packed fun.  Usually presented in 4 episode story arcs.    Good fun for any Starship Trooper fans.