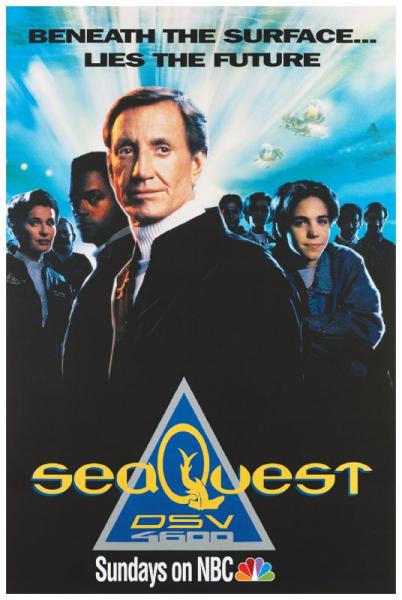 Seaquest DSV was basically Star Trek under the water.  A voyage to the bottom of the sea with a talking dolphin and a really cool underwater vessel .  The series lasted 3 years and endured quite a bit of tinkering   in an effort to widen the audience for the show.  The show was created by Rockne S. O'Bannon ( Farscape, Defiance) and produced by Steven Spielberg.   The biggest strength of the show was having Roy Scheider as the captain of the SeaQuest back when movie actors didn't really do TV (which is much more common now).
Without Roy Scheider as the captain this probably wouldn't have been nearly as good as it was.  He was the perfect casting choice as the captain.   SeaQuest was a fun adventurous sci-fi series with good solid story telling and characters.

My Movie Facebook page
https://www.facebook.com/pages/Brads-Super-Fantastic-Terrific-Page-of-Movies/178708865473822?ref=stream&hc_location=stream
Posted by brad chowen at 10:20 AM