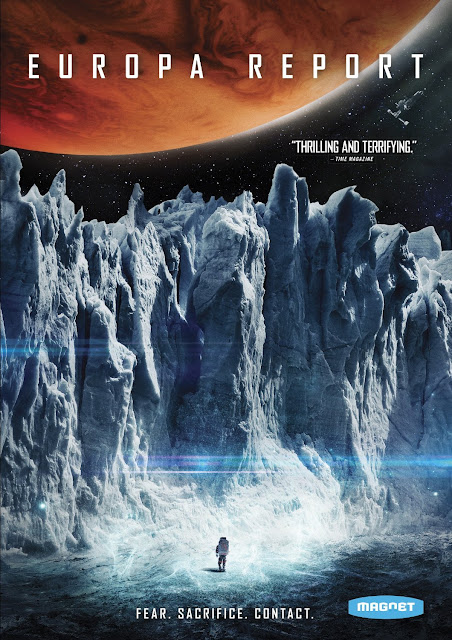 Europa Report focuses on a manned mission to the Moon Europa which orbits Jupiter in search of life.  I personally enjoyed the style of the film.  It was presented as a report pieced together from footage downloaded from the crews mission.  A found footage film to a certain extent. This style made the film more interesting than it would have been otherwise. At times we see a screen that shows 4 sections of the craft at the same time.  The story itself isn’t anything super exciting, but the sound and visuals give the real a realistic feel to it.  The cast was solid. The crew discovers some mysterious glowing life form under the ice of Europa. They try to complete their mission, but encounter the typical spaceship movie problems like ship malfunctions that characters have to make sacrifices in order to fix.  This is a low budget film so we never get a good look at the mysterious creature.   The film itself wasn’t as thrilling as I hoped it would be...but I do give the film some credit for their unique approach to filming it.


Our Move Podcast page can be found here
http://www.superfantasticterrific.com/