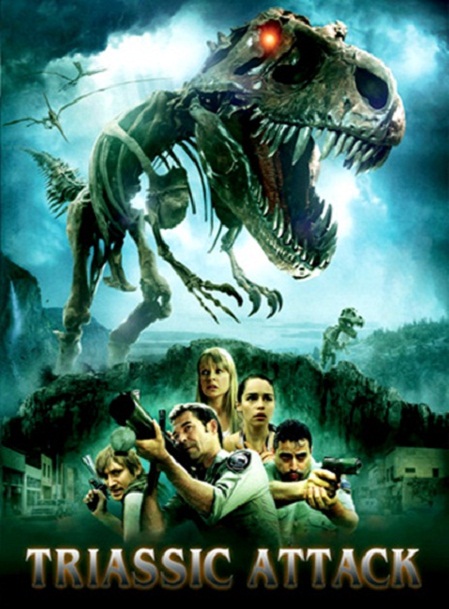 I watched this one with a couple of friends a couple of years ago and it was one of those really bad syfy channel movies that is so absurd that you can't help but laugh at it and make fun of it when you watch it.   If I had watched it alone it probably would have been a 2 out 3 out of 10....but I think the non-stop  Mystery Science theater like commentary track we had going while watching the film brought it up to a 4 out of 10.     The story is about a native american that brings to life some dinosaur bones to get revenge.  The Dino skeletons cause a bunch of chaos as the small town tries to take them on.  These are no normal Dino bones come back to life--they can be blown completely apart and put themselves back together again.   It is a completely silly movie with bad special effects and bad dialogue.

The tagline for this stinker....."Their Anicent,   Their angry and they are out for revenge"