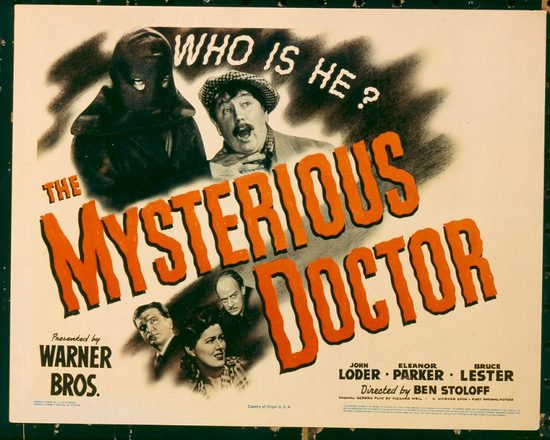 The Mysterious Doctor is a quickly paced war time movie that features a headless ghost that kills people in a British town that was once used for mining tin.  The plot of the moive could have easily been an episode of Scooby Doo and probably would have been much more enjoyable if it was.   A mysterious doctor comes into the town at the same time that a parachuting unknown individul is seen landing somewhere near the town.  The quickly paced story features several red herrings before the true nature of the headless ghost is revealed  (which I won't give away--other than to say once again think Scooby Doo).   At under an hour it is a quick watch--but there is nothing special about the story---skip it and watch any episode of Scooby Doo instead.