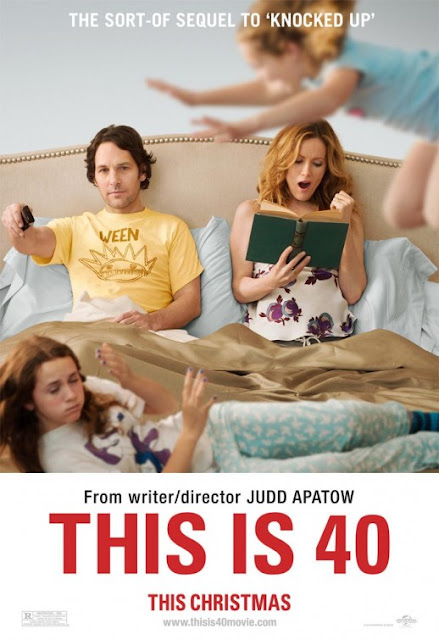 This is 40 stars Paul Rudd and Leslie Mann reprising their supporting roles from the movie Knocked Up.  This time around Judd Apatow directs again this time focusing on the couple.
The movie does a good job of mixing  comedy with the sometimes tough reality of turning 40 years old.
Both of the characters are having a mid-life crisis at the same time while trying to juggle kids, family issues and money problems which leads to arguments both funny and somewhat serious.    Albert Brooks is great as Paul Rudd's characters dad that is always mooching off his son.