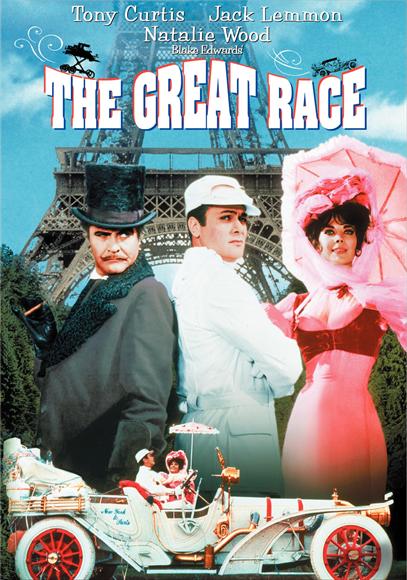 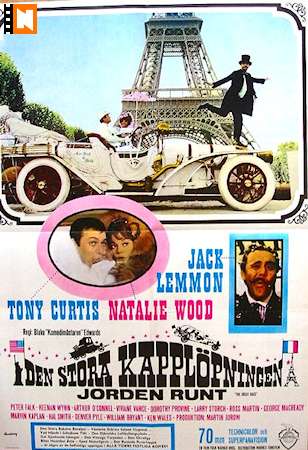 A car race that goes around the world.   Two arch rival daredevils   race around the world in this madcap adventure by Blake Edwards that stars a great cast.   The Great Leslie (Tony Curtis)  clad all in white and his nemesis Professor Fate (Jack Lemmon)  clad all in black (with sinister mustache included) battle it out in this silly adventure comedy with  Peter Falk and Natalie Wood along for the ride.   It is fun film that I revisited after probably about 20 plus years after a friend recently suggested it as a possible movie he would like to see  remade.    This movie was clearly the inspiration for Dastardly and Muttly and those Hanna Barbara  Wacky Race adventures you may remember having seen as a child.   The highlights of the include a  good old Western town bar fight scene, a terrific sword fight in a castle and a great pie fight near the end.  The cast was great especially Jack Lemmon as the villain and a drunken prince in one of the stops they make along the way.   Check out this fun adventure/ comedy.

Here is the Wacky Races intro to jog our memory