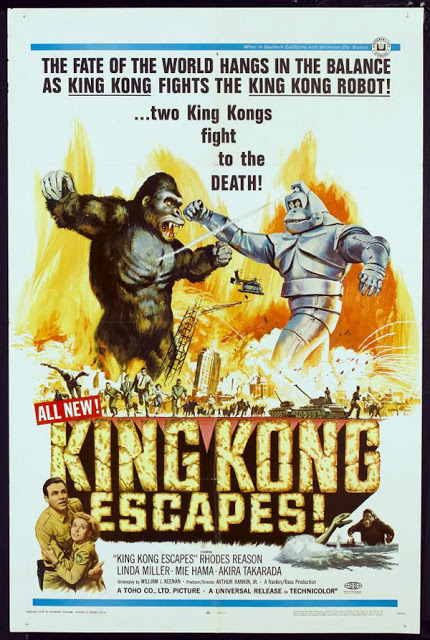 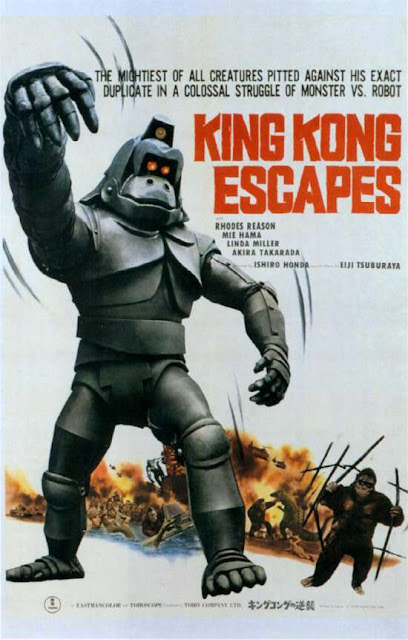 Two King Kongs fight to the death!   How fun would it be to make a Godzilla type guy in a monster suit movie stomping around models doing wrestling moves on some other guy in a monster suit.   For me most of the the guy in a suit monster movies are around the same level.  If you like the genre  than you will probably enjoy this one as well even if King Kong looks terrible.
Monster in a suit movies are fun, yet extremely cheesy.  In this adventure the Evil Dr. Hu is trying to mine some mystery element that will help to  conquer the world and creates a giant King Kong robot to do so.  The robot fails and the real Kong is gassed and brought in to finish the job.   Of course Kong is a sucker for blonds and a good giant ape at heart which leads him to help out the good guys and an  eventual showdown with the robot Kong in Toyko on the Toyko tower.   The highlights include Kong battling a drop kicking T-Rex on his home island and the big battle with robot Kong at the end.  It is standard  guy in a monster suit fare.

The posters for this movie are awesome!. 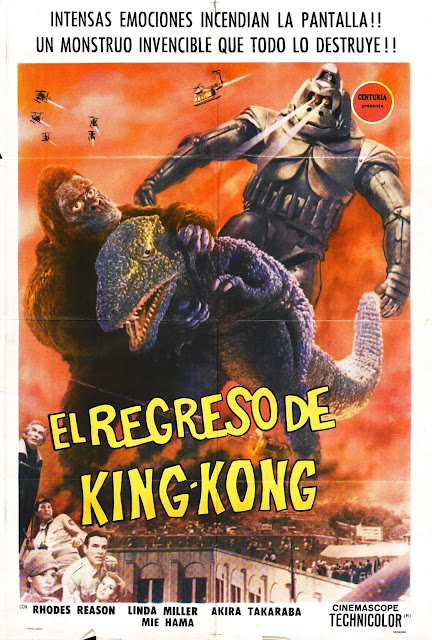 Check out the trailer