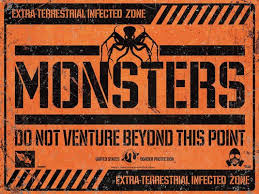 I watched this movie on Netflix because of  its Star Wars Connection.   At Star Wars Celebration I went to a panel for one of the upcoming Star Wars Anthology films which featured director Gareth Edwards.    I wanted to see the movie that got him his start and lead him to direct Godzilla and now a Star Wars movie.
Monsters from 2010 is a low budget giant monster movie.

The movie follows the story of a photojournalist that is tasked with getting the bosses daughter back to the U.S from out of the infected zone in Mexico.    Mexico has been infected with giant extraterrestrial life forms that have made it to the planet as a result of a NASA space probe that has crashed.   Gareth Edwards makes great use of his limited budget in this film while still building a sense of dread as the 2 main characters bond during their difficult journey through the infected sections of Mexico.   The movie has great use of sound and the monster you barely see technique of film making that worked so well in classics like Jaws.   When you do get to see the giant monsters it is truly menacing.   I liked the film and saw the potential that they saw in Gareth's directing ability that lead him to get the Godzilla gig and now Rogue One.    The movie itself though was just a 7 out of 10 because the obvious limits of the movies budget kept it from being as exciting as it could of been had it not been limited.  I guess I can see what it would have looked like by watching what he did with Godzilla.

After seeing Monsters and hearing Gareth Edwards talk at Star Wars Celebration --I'm even more excited for Rogue One.    The movie sounds like it will be a kick ass war movie.  The people Gareth is working with have worked on such war movies as Black Hawk Down and Zero Dark Thirty so the film is going to have a gritty feel.   I'm even more anxious to see it after watching Monsters.  I can see the potential now in this tale of a band of rebels stealing the Death Star Plans. 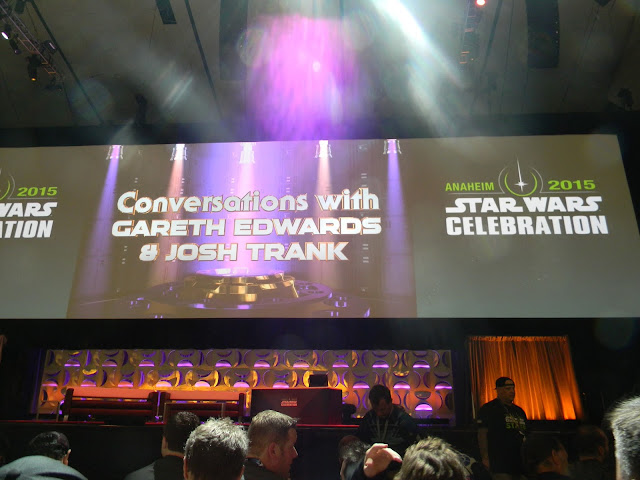 (Picture above from Celebrations --Josh Trank was sick that day----yeah right sick huh???  Well we all know how that turned out)

Here is the Monsters trailer