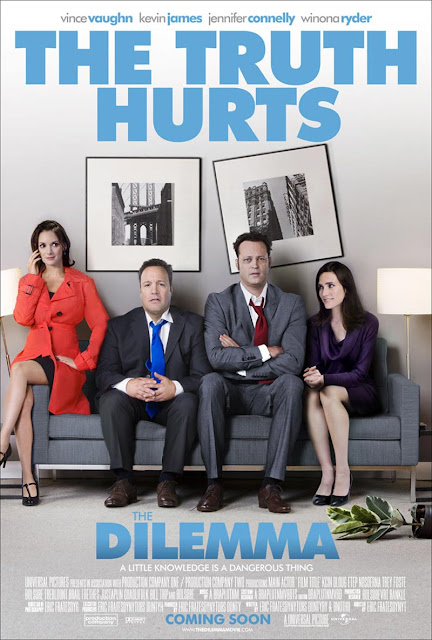 The Dilemma is a solid movie about a guy that finds out that his best friend is being cheated on right in the middle of a big deal that they are working on at work.  The Dilemma is how he should break the news to his best friend.   The movie was promoted as a comedy,  but it really wasn't a comedy at all.  Other than the fact that Vince Vaughn has some of his typical Vince Vaughn style dialogue it was much more of a drama.  His character struggles with breaking the news to his best pal played by Kevin James.  I thought it had a good solid plot which also dealt with Vince Vaughn's character dealing with his own trust issues in his relationship with the always beautiful Jennifer Connelly concerning his gambling addiction problems.  If you go into the movie expecting a comedy you may be disappointed,  but if you take it for what it is it was actually quite good. The subject matter is more serious than the trailer shows.