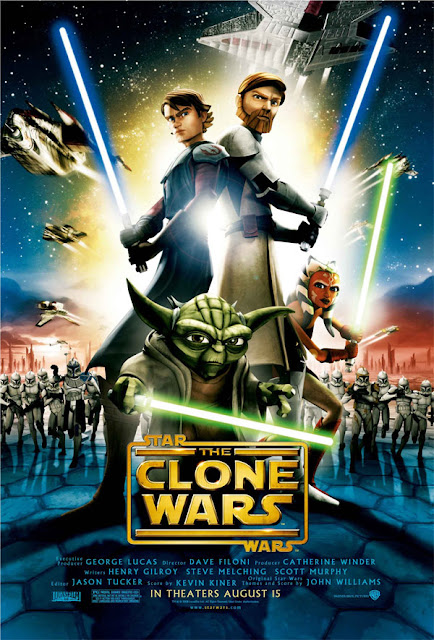 We finally got to see the infamous Clone Wars.  5 years of a weekly dose of Star Wars.  I couldn't ask for anything more.  The fact that this ranks number 3 only means 1 and 2 were so good and influential.   This cartoon was good enough to at times to be on the big screen in fact the premiere 3 story arc did premiere in the theaters.  The visual style of the show was incredible.   The show was cancelled prematurely as a result of a series of new films that will be coming out.  Hopefully more new Star Wars CGI shows covering other eras of Star Wars will happen as well.   It hit the perfect balance of telling a variety of stories that took place during The Clone Wars.  As a die hard Star Wars fan it was a dream to have a Star Wars TV show.  It delivered on so many levels.   If you call yourself a Star Wars fan and you haven't seen this series......then you aren't really a Star Wars fan.   This series is a must see.