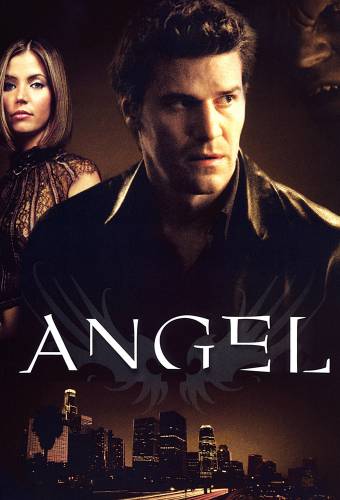 Angel was a spin off series from Buffy The Vampire Slayer featuring  characters established in Buffy of Angel (played by David Boreanaz) and Cordelia (Charisma Carpenter).  It follows Angel's move to Los Angeles where he becomes a detective in the Los Angeles underground dealing with supernatural cases and protecting the innocent. The show was basically about Angel (the Vampire with a soul) doing good to make up for all the bad he had done before as a form of redemption.
Angel was quailty show with some  really great episodes once it found its groove.   The mythology like the mythology on Buffy was strong and the show always paid off on the story arcs that it teased.