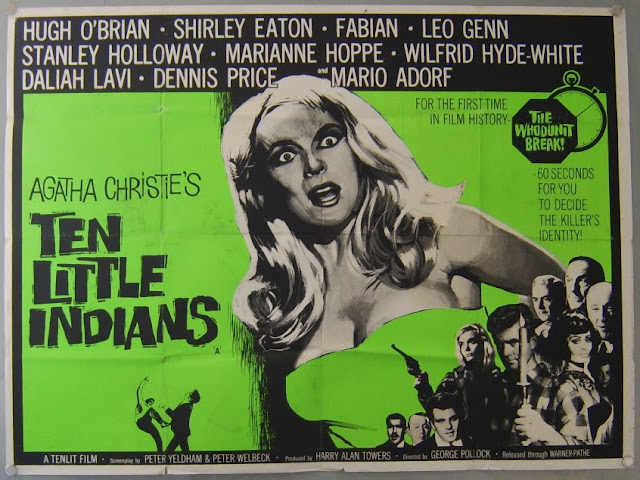 10 strangers invited to an isolated place by a mysterious individual... each one lured there by a different promise.  Each one supposedly guilty of some form of murder....Each lured there to their doom.    This is a solid murder mystery that is based on an Agatha Christie book (that has been brought to the screen 4 times)  I've seen quite a few movies with this plotline before....many of which have been horror movies including the  recent bad shark movie Shark week  (seen below)
http://bradgeekness.blogspot.com/2012/09/shark-week-2012-3-out-of-10-another.html

The characters in the movie  are  trapped in this chateau in the mountains  and are killed off one by one following the poem 10 Little Indians.   The cast is a solid group of actors that I've seen in other films . There are twists and turns and a final reveal to who the killer is .  A solid mystery.