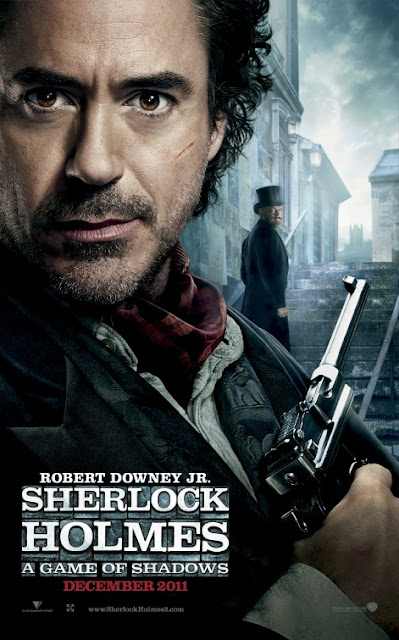 I liked this sequel, but didn't love it as much as the original .  It had all the big action scenes of its predecessor and some elements especially in the interaction between Holmes and Watson.  But it almost felt to far removed from the original Sherlock Holmes that I came to love from the books and old movies.  Where I felt it was an interesting take on Holmes the first time around this time it just felt odd.  My wife commented that she felt like Robert Downey Jr. was trying to hard to be Johnny Depp, which I felt was a good point.  This Holmes at times felt like he was just trying too hard to be weird instead of just quirky and interesting.   This movie focused entirely on his battle with his fabled nemesis  and as a result lost some of what made all the Sherlock Holmes mysteries so good --which was the mysteries themselves and how he solved them.   It still had elements of that, but was mainly  a battle of good vs evil with big special effects.

One side note...I did love the addition of Sherlock Holmes brother as played by Stephen Fry.

Check it out here..