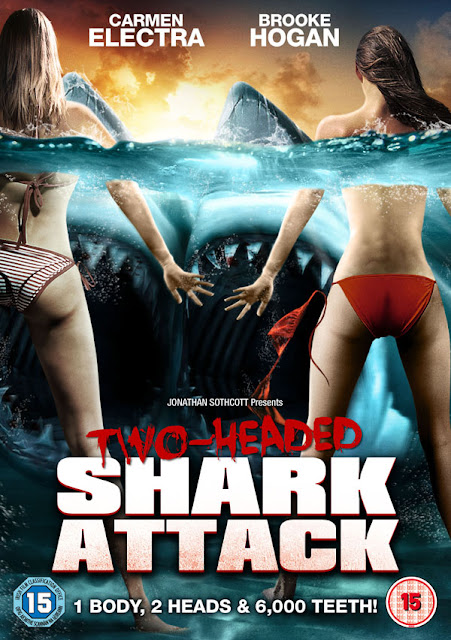 A 2 Headed Shark Attack....why the hell not. Asylum chums up movies that look like they were filmed over a weekend with Ed Wood style shoot it and move along directing.
The writing for this movie ended at the first scene.  Wouldn't it be cool if we had 2 people tandem skiing and they were attacked at the same time by a 2 headed shark.     After that the movie was nonsense..... Carmen Electra, Brooke Hogan and the other O'Connell star in this bad shark movie.    Apparently Brooke Hogan signed a 2 bad shark movie deal to start off her acting career.

The  plot is basically this:  A group of students on a boat stalls out next to a small island---that for some reason just happens to start completely sinking at the same time that a 2 Headed shark starts eating everyone.   The entire plot seems like it was written while they were filming it as the story has no direction other than random attacks by the 2 Headed shark.  The posters for this movie are far better than the film itself...so instead of one poster here are 2 --because 2 is always better than one. 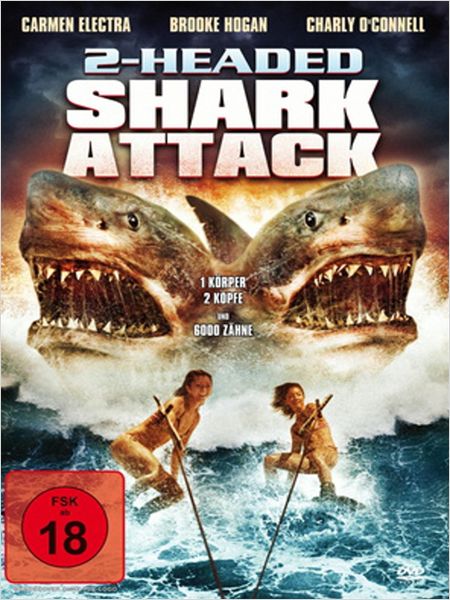