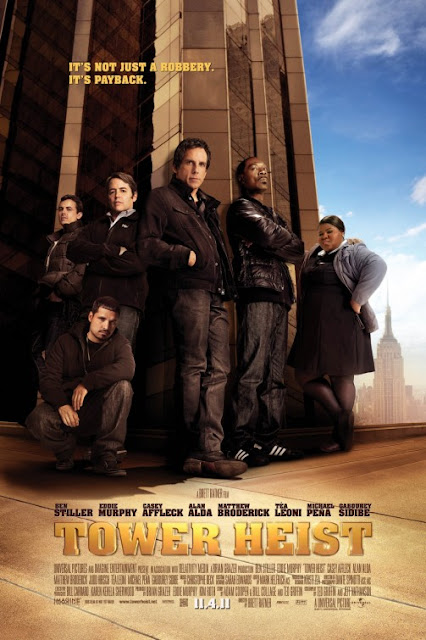 Basically it took too long to get to the Heist.  I love the concept  which is to take the Ocean's Eleven Heist movie and cast a bunch of comedy stars in it.  The only problem is the Ocean's Eleven type movies usually have enough comedy in them that in order to pull this off, I think they needed to go much bigger.  The film took too damn long to get to the Heist portion of the movie and Eddie Murphy wasn't on screen as much as he should have been.  At moments he showed glimpses of his brilliance in scenes that were throwbacks to Trading Spaces or 48 hours and even Beverly Hills Cop.  I wanted to see more of this Eddie and felt like a great opportunity was wasted.  Ben Stiller (great in many comedies) and Matthew Brodrick didn't seem to add much to the film which was a waste of their talents.  I guess I may be being too harsh on the film--but when I think a movie concept doesn't live up to the potential of its own concept I often left wanting to see the film that it could have been.  They really should have taken advantage of the movies plot and written a better and funnier script, or let the actors improv and play off each other more.  I'm thinking about a better comedy dream team Heist movie in my head write now.