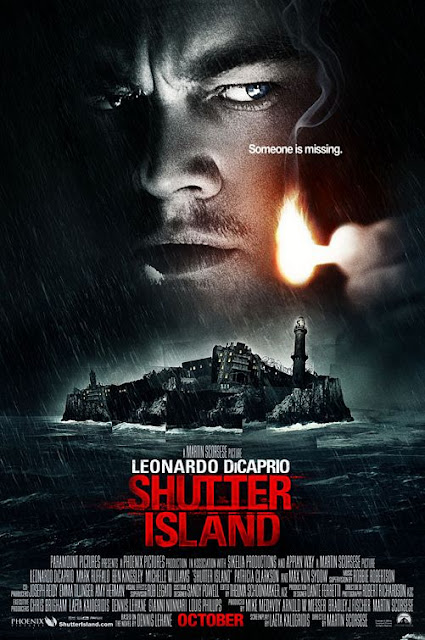 Shutter Island had a really interesting plot.  A movie that was a homage to Hitchcock and some Twilight Zone episodes or horror movies like Carnival of Souls.   Leonardo DiCaprio was great in the film as the main character trying to solve a mystery on an Island for the insane.  His acting was top notch as usual.   The movie itself  just fell a little flat for me.   I figured it out a little too early  in the film  and as a result the movie seemed a little slow to me,  waiting for what I knew was true to be revealed.  It was still a good film --just not as good and it was nice to see  Martin Scorese do something a little different for a change.    I'm sure the movie would have been a little more interesting if the twists weren't too obvious.  I love movies with twists like those revealed in  sci-fi movie  Dark City or The Spanish Prisioner.  Shutter Island just was  too easy to figure out I guess.