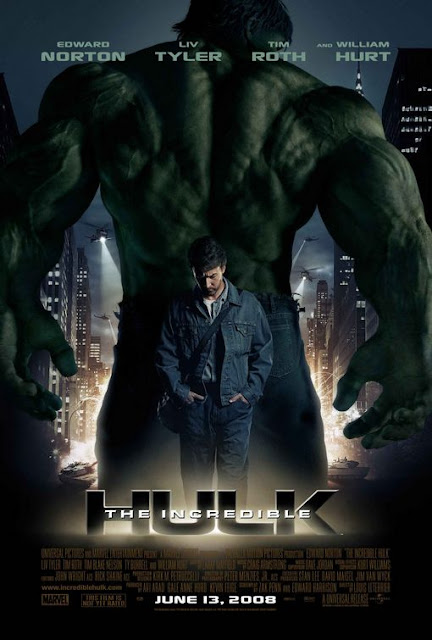 I know many say that Avengers was the first time that they got the Hulk right, but I actually enjoyed  this Incredible Hulk film.  I thought Ed Norton did a good job as Bruce Banner and the digital alter ego that he wants to rid himself of.   The plot had a Fugitive feel to it, instead of searching for the one armed man while being while being chased by the law,  Bruce Banner is seeking a cure for the monster inside of him while being pursued by the government.  This film was a  vast improvement over the terrible  2003 Ang Lee Hulk movie    (3 out of 10)  that was felt  some weird  Japanese environmentalist tone poem.  The first film had been so bad that instead of a sequel it was completely rebooted.     This Hulk had a satisfying villain  as played by  Tim Roth  and fun  Superman style CGI battle at the end of the film.   A solid entry in the movies that link the Avengers characters together.